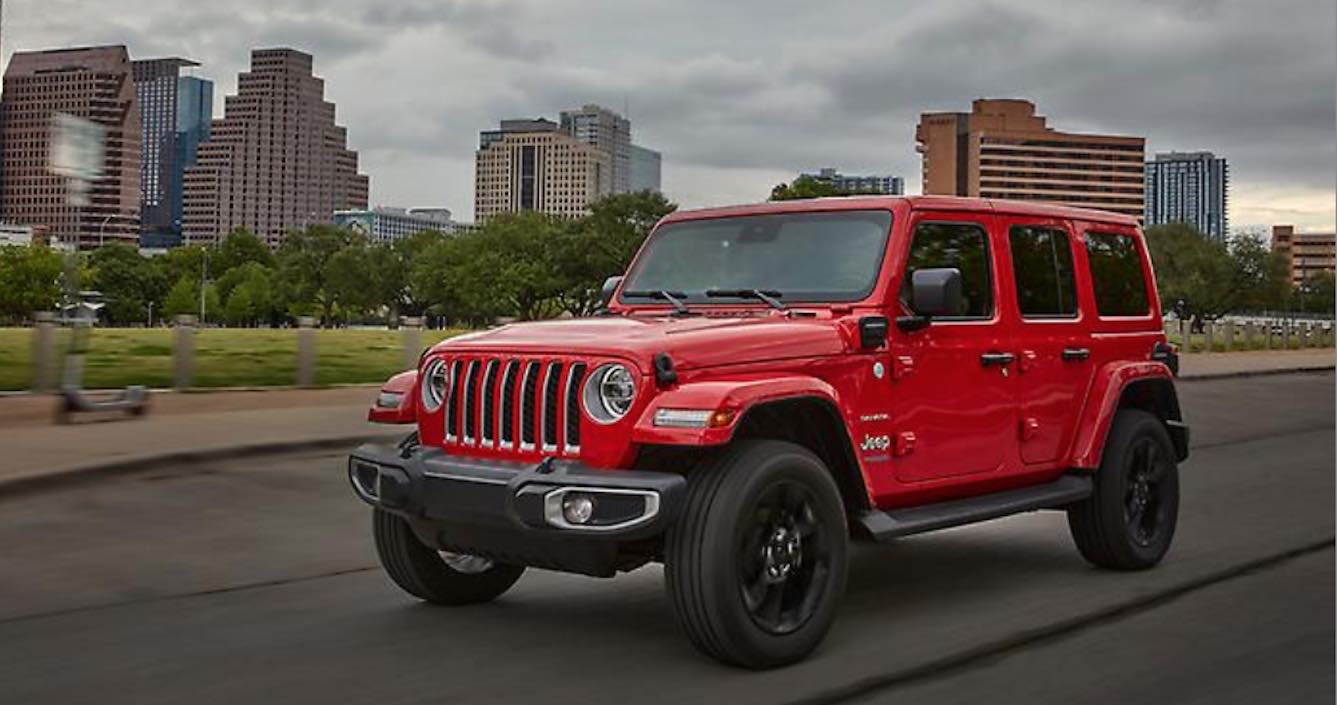 81 years ago today, the first Jeep was produced, a 4-wheel-drive vehicle born of wartime necessity that over the decades became a beloved mode of transportation for outdoor recreation lovers. Indelibly linked to freedom and fun, Jeep released the first SUV eight years later.

The milestone is being marked with the launch of distinctive 80th Anniversary special-edition models, including the new 4xe models—the first Jeep vehicles with plug-in hybrid technology. Check out the ways Jeep owners help others in bad weather. (1941)

And on this day in 1971, the groundbreaking Concert For Bangladesh was held at New York’s Madison Square Garden. Organized by George Harrison to aid victims of famine and war, the concert, which may have been the first all-star charity rock show, featured Bob Dylan, Eric Clapton, Ringo Starr, Leon Russell, Billy Preston, and Ravi Shankar.

The triple album release hit No.1 in the UK and No.2 in the US and received the Grammy Award for Album of the Year. The concert raised $243,418, which was given to UNICEF and by 1985, nearly $12 million had been raised from album sales–with proceeds from DVDs and CDs today continuing to benefit the George Harrison Fund for UNICEF.

Also, on this day in 1942, Jerry Garcia, the founder of the Grateful Dead, was born in San Francisco. A son of musician parents, his distinctive guitar playing, unique for the fact that he lost his right middle finger as a child, earned Garcia the ranking of #13 in Rolling Stone’s “100 Greatest Guitarists of All Time.” Also an artist, the nature-loving counter-culture leader was plagued by drug addiction and diabetes, and died at the age of 53 of a heart attack.

Besides the wildly popular Grateful Dead music, he played on over 50 studio albums the styles of which were eclectic and varied, including bluegrass, rock, folk, blues, country, jazz, electronic music, gospel, funk, and reggae. In 2015, Jerry Garcia’s wife, Manasha Garcia and their daughter, Keelin Garcia launched The Jerry Garcia Foundation, a nonprofit charity that supports for artistic, environmental, and humanitarian causes that were so dear to him.

And, on this day in 1873, the first cable streetcar in San Francisco was tested on Clay Street hill.

Legend says that Hallidie was inspired to reduce the suffering of the horses that hauled streetcars up the notably steep inclines—and when the first gripman hired to operate the car looked down Clay Street, he refused to carry on, so Hallidie took the grip himself and ran the car down the hill and up again without any problems. WATCH a video explaining the ingenious, yet simple, system…

166 years ago today, a cadre of eight climbers became the first humans to summit Monte Rosa, the second highest mountain in the Alps.

Arising in a group of peaks on the border between Italy and Switzerland, it soars to 15,203 ft high (4,634 m). Monte Rosa’s impressive walls of granite and enormous glacial ice slopes have attracted pioneering geologists and explorers, including Leonardo da Vinci in the late fifteenth century, to study her grandeur.

Monte Rosa’s summit, then still called Höchste Spitze (“Highest Peak”), was first reached by Matthäus and Johannes Zumtaugwald, Ulrich Lauener, Christopher and James Smyth, Charles Hudson, John Birkbeck and Edward Stephenson. Many tourists and hikers also come each year to the Gornergrat, on the north-west side, to see the panorama of giant Alpine peaks which includes the Matterhorn. WATCH a video showing climbers reaching the peaks… (1855)

And, 201 years ago today, the great American author Herman Melville was born in New York City. Though his masterpiece, Moby Dick, eventually became beloved and described as “the most ambitious book ever conceived by an American writer,” the novel was a huge flop and Melville was labeled a madman—much like the painter van Gogh, whose art was never understood or appreciated until after his death.

Because employment was scarce during the Great Depression, the 22-year-old Melville signed up in Massachusetts to work on a whaling ship, which planted the seeds for his first novels. After a year of adventure at sea, he and another sailer jumped ship and lived among the Polynesians for a month, an experience that he based his first two books on— Typee: A Peep at Polynesian Life, and the sequel Omoo—both of which were exciting successes.

After extensive personal research into sperm whales, he wrote the dense, Shakespearean adventure-tragedy Moby-Dick, based on an actual whale that had capsized an American ship while he was a boy. Its iconic opening line, “Call me Ishmael”, is among literature’s most famous. After a string of literary failures he took a job as a Customs Inspector and turned to writing poetry. He held the post for 19 years and won the reputation of being the only honest employee there. Melville devoted years to “his autumnal masterpiece,” an 18,000-line epic poem entitled Clarel: A Poem and a Pilgrimage, inspired by his 1856 trip to the Holy Land. Some call it the longest single poem in American literature. The title character is a young American student of divinity who travels to Jerusalem to renew his faith.

Upon retirement, his gaze returned once more to the sea. The novella Billy Budd was left unfinished at his death but was published posthumously in 1924, after interest in the centennial of his birth spurred the “Melville Revival” with critics rediscovering his works, which were finally recognized as world classics.

In Pittsfield, Massachusetts, you can visit the Berkshire Athenaeum, the public library that features a robust collection of the author’s personal memorabilia, manuscripts, and photos—including carved wooden canoe paddles that he collected in Polynesia, his walking stick, and favorite inkstand and quills. Visitors are also welcomed to the historically preserved farmhouse he called Arrowhead—where he lived with his growing family and wrote his most famous novels and short stories. (1819)

“Consider the subtleness of the sea; how its most dreaded creatures glide under water, unapparent for the most part, and treacherously hidden beneath the loveliest tints of azure….. Consider all this; and then turn to this green, gentle , and most docile earth; consider them both, the sea and the land; and do you not find a strange analogy to something in yourself?” – Herman Melville, Moby Dick