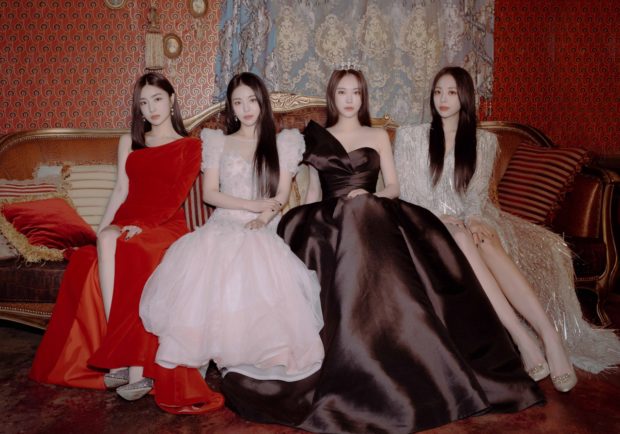 SEOUL — Brave Girls, a K-pop girl group that rose to surprise stardom from the brink of disbandment, is gearing up for the release of a new album sometime between February and March, an industry source told The Korea Herald on Thursday.

“Brave Girls previously planned to drop new songs around the Christmas season. However, the schedule has been delayed,” the source said, adding that the upcoming release type is undecided, but is unlikely to be a single.

The four-piece act was also thinking about presenting a “surprise performance” for its fans at its first-ever concert as a group this month. But Brave Entertainment, the agency behind the girl group, decided to temporarily postpone the event amid growing concerns about COVID-19.

The group debuted with the single “The Difference” in April 2011, but failed to gain instant popularity at the time. The group was formed by Brave Brothers, who has produced songs for such big-name K-pop artists as Big Bang, now-disbanded Sistar and Brown Eyed Girls.

Things turned around for the Brave Girls last year when their songs “Rollin” and “We Ride,” which were released in 2017 and 2020 respectively were not only back on the charts but topping them. The songs dominated online music charts and streaming platforms and following the success, the girl group dropped its five-track EP named “Summer Queen” in June, with the title track “Chi Mat Ba Ram,” that translates into the swish of a skirt, in both Korean and English.

Brave Girls won the KTO Breakout Artist award at the Mnet‘s Asian Music Awards held in December. The group is also set to appear on the Golden Disc Awards, one of the most prestigious music awards in the country, airing live on JTBC at 3 p.m., Saturday.

In the meantime, 2022 is likely to be another busy year for the girl group’s agency. Brave Entertainment is getting ready to launch a new girl group, according to the same source. The number of members and the exact date of its debut remain veiled, however, as a flood of new K-pop groups are already scheduled to make their debut this year.

The company is also set to move into a brand new 10-story building located the middle of Junggok Furniture Street in Seoul, the source added. The new headquarters has a total floor area of 420.8 square meters and sits on a 1,269.7 square-meter lot. The property‘s value after construction is estimated at around 25 billion won ($16.7 million), according to local real estate agents.