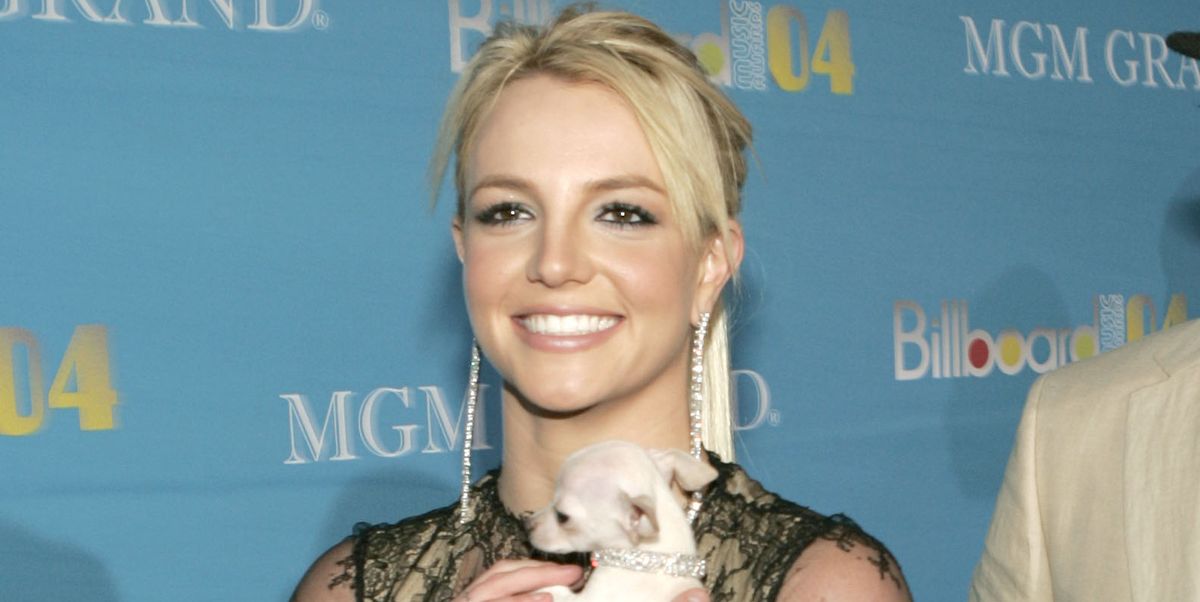 It’s been quite a week for Britney Spears—and, for once, in ways not directly related to her ongoing conservatorship battle. If you’ve been seeing a lot of headlines about some combination of Britney Spears, stolen dogs, and battery charges this weekend, but have been too overwhelmed by your worry about literally ever living thing involved in the story to wade into the details, we’re here for you.

If you’re just too beaten down by 2020-2021 to handle reading details of any story with real-life Marley & Me vibes, first of all, pat yourself on the back and treat yourself to some positive affirmations for your very healthy and reasonable boundary-setting. And second, don’t worry because, as a PSA, we’re sharing an important spoiler in this saga upfront: Britney’s dogs are, according to all reports, fine at the moment and hopefully headed for much-better-than-fine as a result of everything that went down (which is the happy ending/silver lining/half-full cup of this whole ordeal).

So, uh, what happened to Britney’s dogs anyway?

The short version: Britney’s dog sitter and one of her longtime housekeepers took the dogs to a vet visit and then…never brought them back.

The long version is important though because the dog sitter and housekeeper weren’t being villainous, mustache-twirling pet thieves; they really believed they were doing the best thing for the pups.

Sources “directly connected to Britney” described the pet heist/rescue mission (depending on which side you look at it from) as a two-person operation, telling TMZ that one of Brit’s dogs had become sick about two weeks before the incident (more on “the incident” below) and that the housekeeper took the sick pup and the singer’s other dog to the vet. While the initial vet visit seems to have been scheduled with Britney’s consent, things took a turn when the dogs never came home.

Apparently, the “Toxic” singer’s dog sitter (who is reportedly also a nurse) “believed [the dogs] weren’t safe at Britney’s home” and decided to keep the pups and care for them herself—at least until she could determine if they were being properly cared for at Britney’s.

Okay, so what’s the story behind Britney and the battery investigation?

On Thursday, TMZ (which has been leading the charge in breaking details about this story) reported that Brit was under investigation and had been accused of battery by one of her longtime employees—a charge that Britney’s team reportedly denied right away, saying the housekeeper was making the story up entirely.

The housekeeper said Britney confronted her when she got back from the vet and didn’t have the dogs with her. An argument ensued, with Britney reportedly demanding details about her dogs—namely, where they were at the time and why they had been taken away (she apparently initially suspected that her estranged father/conservator, Jamie Spears, was involved).

“Our Britney sources say the housekeeper expressed concern that the dogs had been neglected and showed Britney photos she had taken on her cellphone of one of the dogs that had just thrown up,” TMZ reported Friday. At this point, Britney allegedly slapped the housekeeper’s phone out of her hands, which is where the potential battery charge comes into play.

Does slapping cellphone out of someone’s hands really qualify as battery?

Yes, it does—or at least it can, based on the legal definition of battery.

Capt. Eric Buschow of the Ventura County Sheriff’s Department explained in an interview with People that misdemeanor battery (which is what Britney is accused of) occurs when there is “physical contact” with another person. Buschow also confirmed that Britney is indeed the suspect in a battery investigation.

The housekeeper filed a battery report with the Sheriff’s Department, alleging that Britney “struck them during a dispute” and law enforcement is investigating the claim. Buschow explained that the D.A. will decide whether or not to file charges after the investigation is complete.

“Ultimately that investigation will be forwarded to the attorney’s office for review. It’s a minor misdemeanor battery [investigation],” he said. Buschow wasn’t willing to “discuss the particulars” of the situation, but did says that no injuries were reported as a result of the incident.

And Britney’s team isn’t all that concerned about the battery investigation, according to TMZ, which reported that a source close to the singer “denies there was any physical altercation, and claims the Sheriff’s Dept. assured Brit’s camp the case would go nowhere.”

A source close to Britney also told People that the report was completely false and stressed that Britney “didn’t hit anyone.”

“The housekeeper was holding her phone and Britney tried to knock it out of her hands,” the source explained.

Okay, but what about the dogs?

On Sunday, People reported that a source said Britney had been “reunited with her dogs before the weekend” and is “thrilled” to have them back. Animal lovers will also be happy to learn that the ordeal seems to have led to Britney becoming better-educated about how to care for her dogs’ specific needs.

“Her dogs are a sensitive breed that often has health issues. She has gotten clear instructions about how to care for the dogs now,” the source explained. While it sounds like the dogs are ultimately better off now, the source added that the “housekeeper no longer works for [Britney].”

In addition to getting some very important education about the care of her dogs, Britney has reportedly enlisted extra help in caring for them, which is also a plus.

“The dogs are back and they have more help now,” a second source told the outlet.