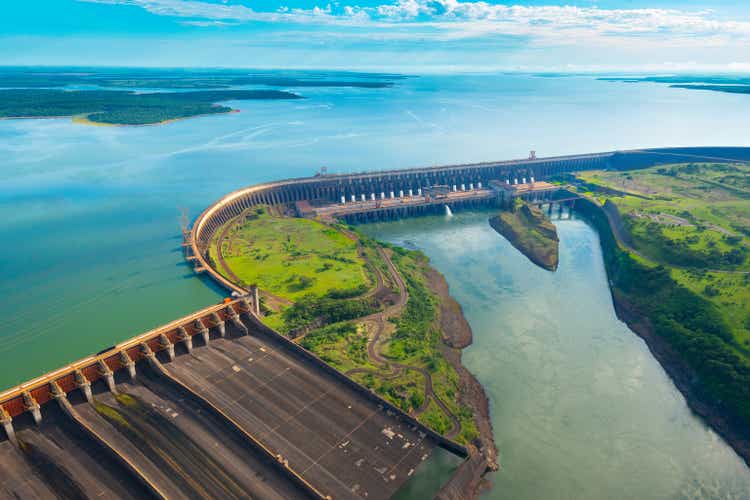 We believe Brookfield Renewable (NYSE:BEP) (NYSE:BEPC) remains one of the most attractive investment propositions in the sector. The company just delivered once more very solid quarterly results, and continues to grow at a very healthy pace. For Q3 2022 funds from operations were $243 million or $0.38 per unit, a 15% increase from the same period last year. This increase was the result of new projects reaching commercial operations, higher realized prices across most markets on the back of inflation escalation and strong global power pricing, and strong asset availability across the global power fleet.

During the quarter the company continued to invest in growth, closing or securing investments of up to $6 billion of capital, or $1.5 billion net to Brookfield Renewable, across various transactions. Thanks in part to these new acquisitions, BEP now has reached a development pipeline in the US that stands at over 60 GW across utility-scale wind and solar, distributed generation, and energy storage. The company expects these acquisitions to be even more profitable than originally expected thanks to the tailwinds provided by the Inflation Reduction Act.

Other highlights for the quarter include the commissioning of its 1,200 megawatt solar facility in Brazil, and a couple of small investments. One of these investments was in a US based pure-play recycling business, the other a US based carbon capture and transformation company. BEP confirmed it is on track to commission an additional 1,400 megawatts of new capacity by the end of the year. These projects are expected to contribute approximately $50 million of incremental run-rate FFO. Looking further out, the company has a line of sight to commission approximately 10,000 megawatts through 2024, a significant portion of which have already been funded. These projects are expected to contribute an additional ~$130 million of annual FFO. Given the number of projects and acquisitions it is difficult to keep track of BEP’s energy producing capacity and pipeline. Currently the company has 24 GW of operating assets and 102 GW of development assets.

The big news this quarter was that BEP is going to purchase Westinghouse alongside Cameco (CCJ). Westinghouse is a leading provider of technology, services, and products to the nuclear industry. The equity invested for the transaction will be approximately $4.5 billion or $750 million net to Brookfield Renewable, which along with its institutional partners will own 51%. Brookfield Renewable just by itself expects to invest approximately $750 million to acquire an approximate 17% interest. The company expects the transaction will be immediately accretive to its cash flows.

BEP was attracted to Westinghouse’s highly durable cash flows, with approximately 85% of revenues coming from long-term inflation-linked contracted or highly recurring services. The business also has nearly a 100% customer retention rate, and is well positioned to benefit from the significant volume of plant extensions that have been announced.

One part of the world where growth is accelerating in a spectacular way is Europe, as it is trying to become more energy secure. Brookfield Renewable’s CEO Connor Teskey had this to say about the business growth in Europe during the most recent earnings call:

European authorities are working very hard to accelerate the permitting across Europe to allow for the more rapid build-out of renewables. Renewables really are the long-term solution to low cost energy and energy security and net zero which is probably the three highest priorities in Europe right now. Where we’re seeing that most actively across three of our European businesses is in Sunovis, our solar developer in Germany where we’ve accelerated the build-out of our development pipeline. Within Azelio which is a large global solar development platform with a significant presence in Europe that is seeing an acceleration of its build-out in Spain. And also within Polenergia that is pulling forward some of its wind and solar build-out in the country.

S&P and Fitch affirmed the company’s credit rating at BBB+ with a stable outlook. BEP continues to have a very solid balance sheet with 90% of its borrowings being project level non-recourse debt, with an average remaining term of 12 years. There are no material near-term maturities and the company has only a ~3% exposure to floating rate debt.

The next quarterly distribution will be $0.32 per unit, representing a 5% increase compared to the prior year. It is important to note that BEP targets a payout ratio of 70% of FFO over the long-term, and it has said that it also monitors the payout ratio based on cash available for distribution. FFO and CAFD payout ratios for the nine months ended September 30, 2022 were 77% and 93%, respectively, as can be seen below. We believe that given that the CAFD payout ratio is already above 90%, future distribution increases will probably continue to be closer to the low-end of the company’s 5-9% annual increase target.

While we continue to be optimistic about BEP as an investment, our enthusiasm is somewhat moderated by the slightly higher than average valuation. The business is extremely well positioned for future growth; however, the valuation is a little bit above the historical average. For instance, EV/EBITDA is a couple of turns above the ten year average.

The clearest evidence that shares are currently not a bargain is the dividend yield, which is almost 2% lower than the ten year average. We maintain our ‘Buy’ rating given that we still expect the company to deliver total shareholder returns in the high single digits to low double digits, and our belief that the company is extremely well positioned for future growth.

The broad diversification the company has, both in terms of technologies as well as geography, reduces risks in a meaningful way. We are also reassured by the solid balance sheet, access to Brookfield Asset Management’s (BAM) network and opportunities, and the quality of the company’s cash flows. So what is the main risk we see with an investment in BEP? In our opinion the biggest risk at the moment is just share price risk. Especially given that the valuation, while quite reasonable in our opinion, is far from bargain levels.

Brookfield Renewable delivered another strong quarter, with significant growth in FFO and new projects and acquisitions. The big news this quarter was the participation of BEP in the acquisition of Westinghouse, which should be immediately accretive to cash flows and bring further diversification. Shares are not particularly cheap, but we still believe they are priced at a reasonable valuation and can deliver high single digits to low double digits returns for long-term investors.

Editor’s Note: This article covers one or more microcap stocks. Please be aware of the risks associated with these stocks.