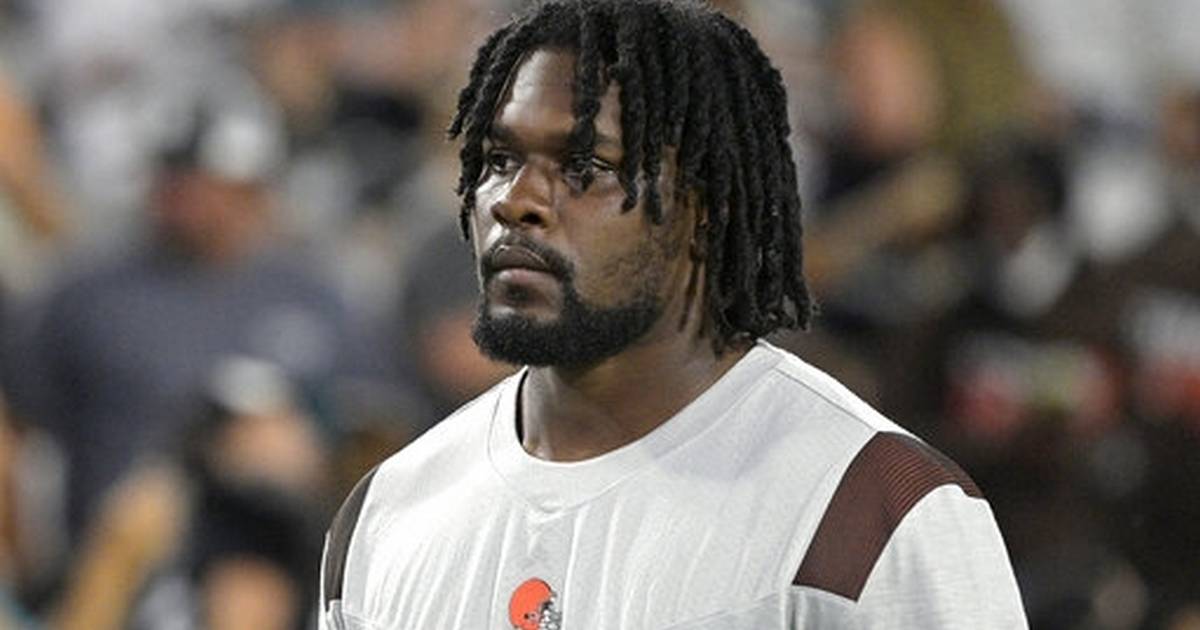 CLEVELAND — Cleveland Browns defensive tackle Malik McDowell, who was given a second chance by the team after serving jail time, was arrested Monday in Florida on charges that include public exposure.

According to a police report, McDowell has been charged in Deerfield Beach, Florida, with “aggravated battery on an officer, resisting an officer/obstructing with violence and exposure of sex organs in public.” Bail was posted at $25,000.

The Browns released a statement on McDowell, who was under contract with the team for only one season, saying they were seeking more information.

‘We are aware of the very concerning incident and arrest involving Malik McDowell and are in the process of gathering more information,” the team said. ‘We understand the severity of this matter and our thoughts are for the well-being of all involved. We will have no further comment at this time.’

McDowell came to the Browns with a troubled past.

A second-round pick by Seattle in 2017 out of Michigan State, the 6-foot-6, 290-pounder never played for the Seahawks after suffering a brain injury in an ATV accident that was followed by several arrests and an 11-month stay in a Michigan jail.

In 2019, McDowell was charged with assault, resisting arrest and operating a vehicle while intoxicated. In a video capturing the incident, McDowell fought two police officers even after they used a stun gun on him.

Browns general manager Andrew Berry took a chance on McDowell, who was a long shot to make the roster when training camp opened but impressed the team with his size, strength and potential after not playing for more than two years.

McDowell played well in stretches this season, finishing with three sacks in 14 starts. It was possible the Browns were going to re-sign him as an exclusive rights free agent.