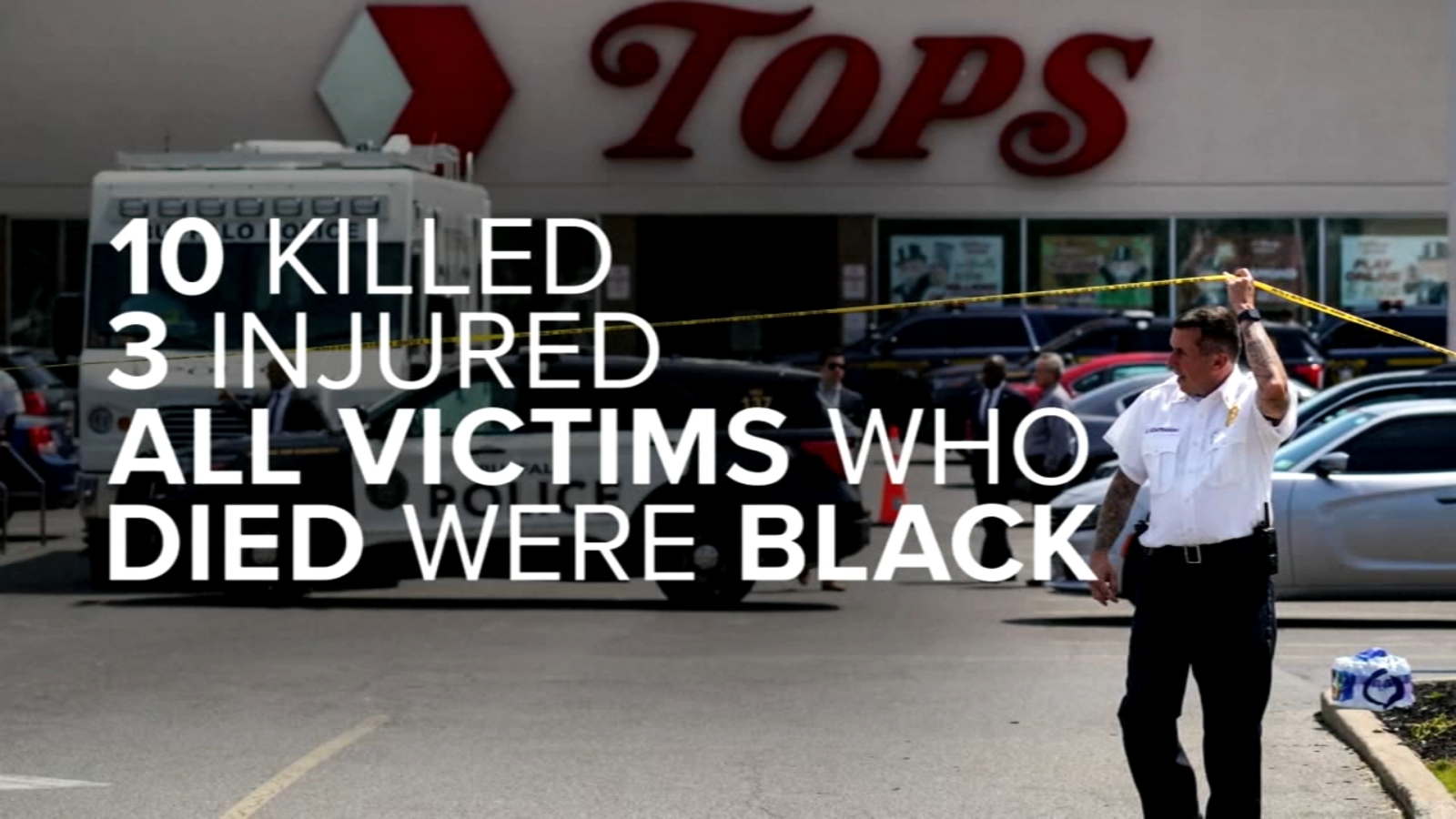 BUFFALO, N.Y. — The Buffalo Police Department has released the names of those killed in a mass shooting at a supermarket.

Aaron Salter was a beloved community member and security guard who knew the shoppers of Tops Friendly Market by name. When they came under attack from a gunman with a rifle, he quickly sprung into action to protect his community.

The retired Buffalo police officer fired multiple times at the attacker, striking his armor-plated vest at least once. The bullet didn’t pierce, and Salter was shot and killed.

“He’s a true hero,” Buffalo Police Commissioner Joseph Gramaglia said Sunday. “There could have been more victims if not for his actions.”

Salter was one of 10 killed in an attack whose victims represented a cross-section of life in the predominantly Black neighborhood in Buffalo, New York. They were gunned down by a white man who authorities say showed up at the store with the “express purpose” of killing Black people. Three others were wounded.

Salter, who was Black, “cared about the community. He looked after the store,” said local resident Yvette Mack. She remembered him as someone who “let us know if we was right or wrong.”

Mack would walk to the store to play lottery numbers and shop. She said she spoke to Salter shortly before the shooting.

“I was playing my numbers. He said ‘I see you’re playing your numbers!’ I laughed. And he was playing his numbers too. Can you imagine seeing someone, and you don’t know he’s not going to go home?” she said.

The people Salter tried to protect include a man who was in town visiting relatives and was picking up a surprise birthday cake for his grandson.

“He never came out with the cake,” Clarissa Alston-McCutcheon said of her cousin. She said this sort of surprise was typical for him. He was “just a loving and caring guy. Loved family. Was always there for his family.”

Ruth Whitfield was the 86-year-old mother of retired Buffalo Fire Commissioner Garnell Whitfield. She had just visited her husband at a nursing home, as she did every day, when she stopped at Tops to buy a few groceries and was killed, her son told The Buffalo News.

Ruth Whitfield was “a mother to the motherless” and “a blessing to all of us,” her son said. He attributed her strength and commitment to family to her strong religious faith.

“She inspired me to be a man of God, and to do whatever I do the best I could do. I wouldn’t have been able to do it without her,” Garnell Whitfield said.

Roberta Drury had recently returned home to live with her mother, Dezzelynn McDuffie, who told The Buffalo News that the 32 year old had walked to Tops to pick up some groceries Saturday afternoon. Soon, McDuffie saw horrifying videos circulating on social media that appeared to show the gunman shooting her daughter just outside the store.

Also killed was shopper Katherine Massey, whose sister, Barbara Massey, called her “a beautiful soul,” and Haywood Patterson, who worked as a driver, giving people rides to and from Tops and helping them with groceries.

Zaire Goodman, 20, was among the wounded, having been shot in the neck, state Sen. Tim Kennedy told a church service on Sunday. Goodman is the son of a staffer for Kennedy.

“I’m devastated. I’m angry,” Kennedy said, adding that Goodman was recovering. “And I’m thinking about the families who won’t welcome a loved one home tonight.”

ABC7 Chicago contributed to this report.