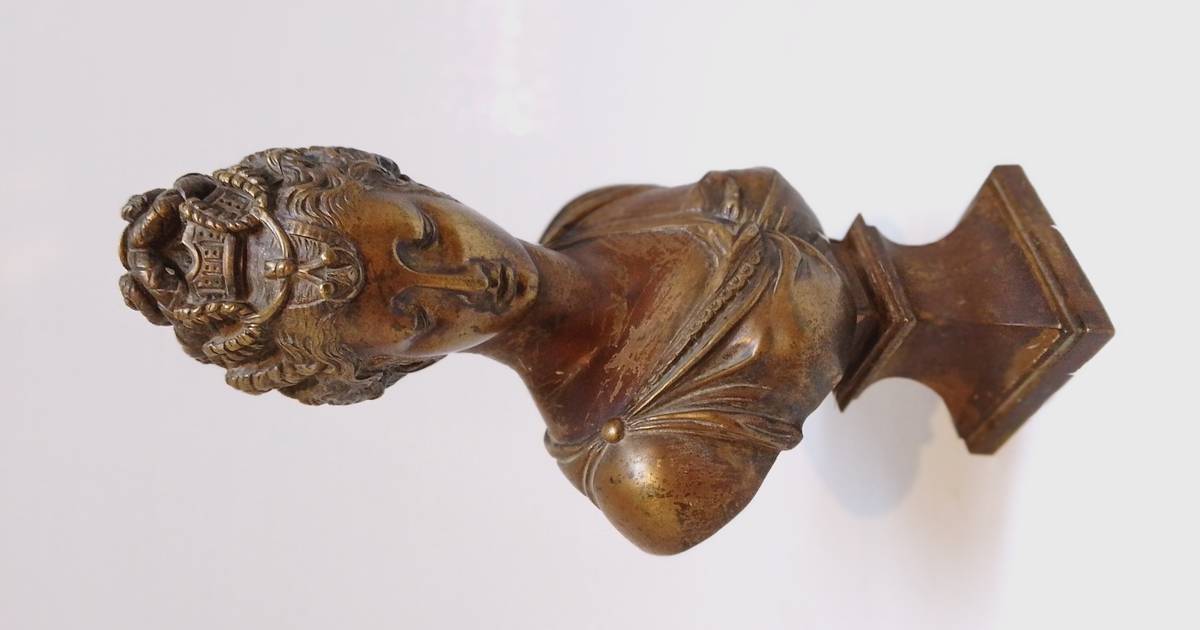 Hegarty’s of Bandon will hold a live online auction this coming Tuesday, August 2nd. With over 220 lots, the sale is from house clearances in the Cork area.

From a private collection in Macroom, and originally purchased at auction in France is lot 21, a bronze bust of Diane de Poitiers. Listed as “After Jean-Antoine Houdon”, the piece extends to 25cm in height and sits on a square plinth base. The word “after” when used in auctions and indeed museums, means it is not a work by the named artist, but a good copy of an original work.

It is not in any way a fake, as the artist is not claiming to be the original creator, and despite an “after” being a copy – the value and quality can be high and some are highly collectable.

But the subject matter here is also interesting, as Diane de Poitiers was a remarkable woman. Born in 1500, a keen athlete, she was educated along with the principles of renaissance humanism, which would have included moral philosophy, the classics and architecture.

She was married off at 15 to a man almost 40 years her senior, the Count of Maulevrier, with whom she had two daughters by the time she was 21; Francoise, who became Princess of Sedan, and Louise, who held the title of Duchess of Aumale. The count died when she was just 31, after which she wore only black and white, like the colours of the sides of the moon. This was a play on her name, Diana, Roman goddess of the moon.

De Poitiers challenged the courts for the right to retain her husband’s emoluments as grand seneschal of Normandy and impressed King Francis I so much that he allowed her to manage inherited estates without the supervision of a male guardian.

She became mistress to Henry II of France when she was 35 and he was just 15 years old. Throughout his reign, she held court as queen of France in all but name, as the real queen, Catherine de Medici, lived somewhat in obscurity. De Poitiers was actually related to de Medici, as her maternal grandfather and Medici’s paternal grandmother were siblings.

De Poitiers’ cultivated mind saw her become a patron of the arts, including patron of master renaissance architect Philibert de L’Orme who built her chateau at Anet, while sculptor Jean Goujon, whose works are now in the Louvre, was engaged to create installations at her castles. Her bronze bust is listed with a €300-€600 estimate.

A bust of Roman General Mark Anthony atop a Roman-style pillar features (€400-€600), along with Persian rugs, gilt mirrors and a selection of art.