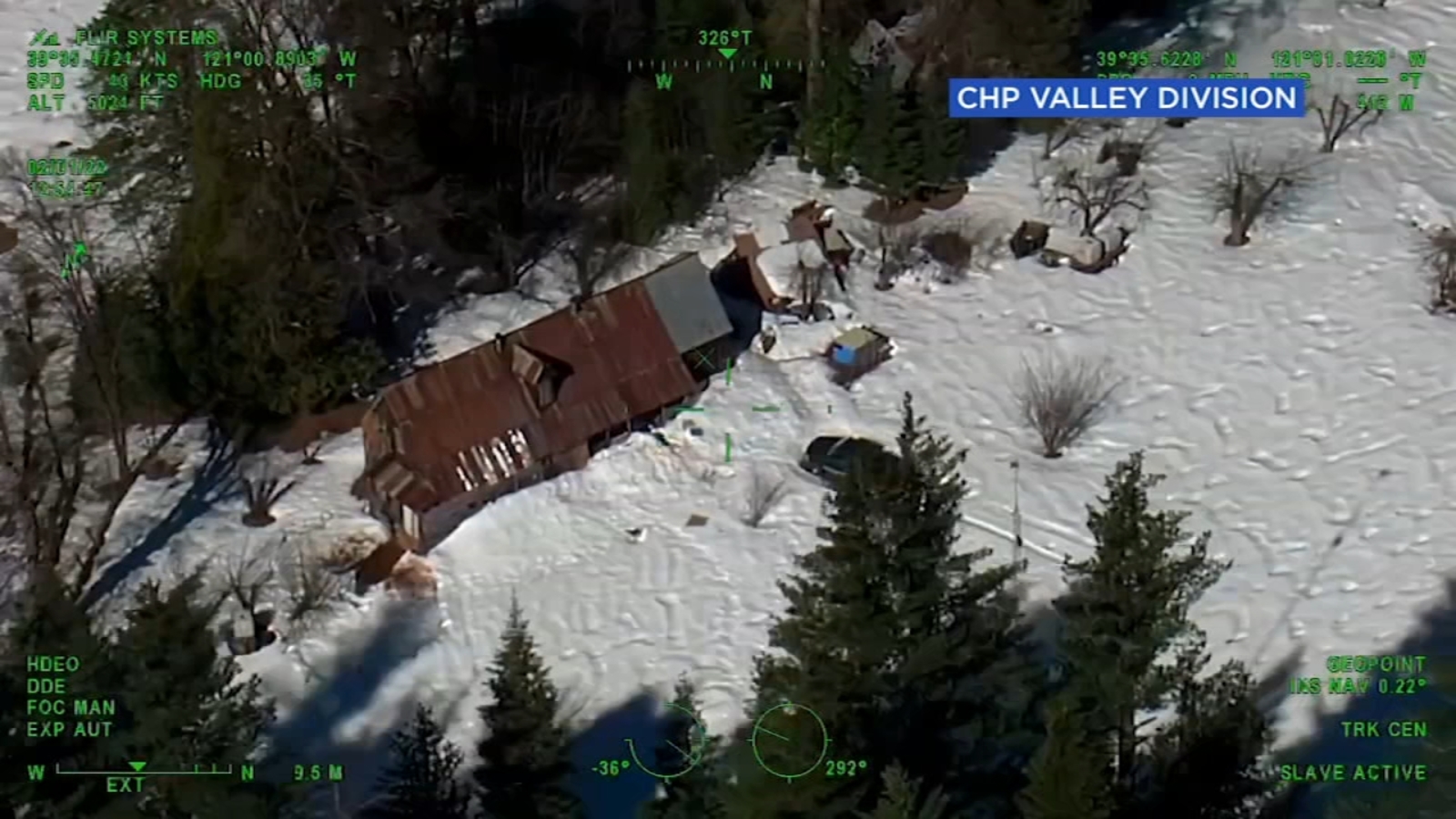 DOWNIEVILLE, Calif. — Two people and their dog who were snowed in their cabin in the Sierra Nevada mountains for two months were airlifted by a California Highway Patrol helicopter after they started running low on food, officials said.

Officer Jared Boothe of the CHP Valley Division, Air Operations said Friday the cabin was snowed in on December 6 and that the pair called for help Tuesday. The Sierra County Sheriff’s Office requested assistance from a CHP helicopter to access the remote location.

The pair tried to leave by car but downed trees and snow on the road blocked them, Boothe said.

Boothe said the helicopter landed near the cabin while very strong winds were blowing. The pair and their dog then got on the chopper and were flown to a landing zone.