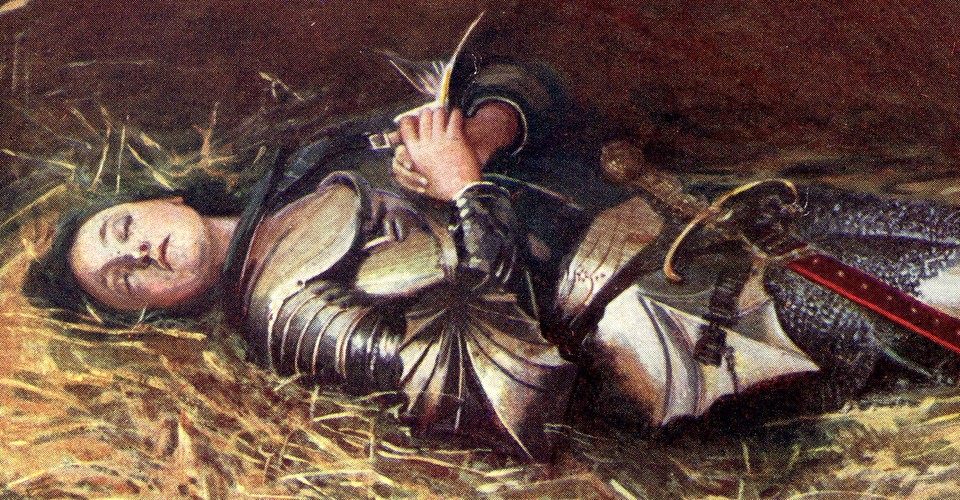 At 3 a.m. I’m jolted awake. The room is dark and still. I grab my phone and scan sports scores and Twitter. Still awake. A faceless physician whispers in my mind: To overcome middle-of-the-night insomnia, experts say you ought to get out of bed … I get out of bed. I pour a glass of water and drink it. I go back to bed. Still awake. Perhaps you know the feeling. Like millions of Americans and hundreds of millions of people around the world, I suffer from so-called mid-sleep awakenings that can keep me up for hours.

One day, I was researching my nocturnal issues when I discovered a cottage industry of writers and sleep hackers who claim that sleep is a nightmare because of the industrial revolution, of all things. Essays in The Guardian, CNN, The New York Times, and The New York Times Magazine recommended a preindustrial fix for restlessness called “segmented sleep.” In medieval Europe, and perhaps centuries earlier, people routinely went to sleep around nightfall and woke up around midnight—only to go back to sleep a few hours later, until morning. They slept sort of like I do, but they were Zen about it. Then, they said, modernity came along and ruined everything by pressuring everybody to sleep in one big chunk.

Read: The lie we tell ourselves about going to sleep early

The romanticization of preindustrial sleep fascinated me. It also snapped into a popular template of contemporary internet analysis: If you experience a moment’s unpleasantness, first blame modern capitalism. So I reached out to Roger Ekirch, the historian whose work broke open the field of segmented sleep more than 20 years ago.

In the 1980s, Ekirch was researching a book about nighttime before the industrial revolution. One day in London, wading through public records, he stumbled on references to “first sleep” and “second sleep” in a crime report from the 1600s. He had never seen the phrases before. When he broadened his search, he found mentions of first sleep in Italian (primo sonno), French (premier sommeil), and even Latin (primo somno); he found documentation in Africa, the Middle East, South Asia, and Latin America.

When sleep was divided into a two-act play, people were creative with how they spent the intermission. They didn’t have anxious conversations with imaginary doctors; they actually did something. During this dorveille, or “wake-sleep,” people got up to pee, hung out by the fire, had sex, or prayed. They reflected on their dreams and commingled with the spiritual realm, both the divine and the diabolical. In the 1550s, Martin Luther wrote of his strategies to ward off the devil: “Almost every night when I wake up … I instantly chase him away with a fart.”

Today’s sleep writers often wield Ekirch’s research to suggest that segmented sleep (or, as Ekirch calls it, biphasic—two-phase—sleep) is old, and one-sleep is new, and therefore today’s sleepers are doing it wrong. But that’s not the full story, he told me.

Preindustrial sleep was nothing to romanticize. Death stalked our slumber for centuries. Late-night crime was rampant, and the home itself was a death trap, as slapdash construction left houses vulnerable to fire, leaking roofs, terrible heat or cold, and what Ekirch calls “the trifecta of early modern entomology: fleas, lice, and bedbugs.” As for that romantic French dorveille, it was functionally a second workday for many women, who rose at midnight to finish domestic chores. And ancient soporifics—such as poisonous leaves and various opiate concoctions—were roughly as likely to kill you as they were to induce REM.

Read: Why do we need to sleep?

In the 1700s, the industrial revolution—its light, its caffeine, its clocks, and above all, its work schedules—took Europe’s biphasic sleep in its hairy arms and mushed the two phases together. A surging economy made a virtue of productivity and instilled “an increasing sense of time consciousness” in the West, Ekirch told me. By the mid-1800s, “Early Rising” movements had taken off in England and America. New artificial lights delayed bedtimes, while new factory schedules required early waking. The lit world altered our internal clocks too. “Every time we turn on a light, we are inadvertently taking a drug that affects how we will sleep,” Charles Czeisler, a Harvard sleep scientist, has said. When a 1990s study at the National Institute of Mental Health deprived a cohort of male subjects of light at night, their sleep became segmented after a few weeks.

This makes it sound like segmented sleep is humanity’s natural habit, and that the industrial revolution and modern capitalism despoiled our perfect rest.

Even within preindustrial Europe, sleep contained multitudes. Reviewing the diaries of European writers such as Samuel Pepys and James Boswell, Ekirch found several allusions to unified sleep. Summarizing this complicated literature, he told me that “patterns of sleep in non-Western cultures appear to have been much more diverse” than those in Europe, but that they were truly diverse everywhere.

There is no evidence that sleep was universally segmented, and there is also little evidence that segmented sleep is better. A 2021 meta-analysis of studies on biphasic sleep schedules found that segmented-sleeping subjects actually reported “lower sleep quality … and spent more time in lighter stages of sleep.” One reasonable takeaway is that biphasic sleep is like anarchical foraging: Both might have well served some ancient populations some of the time, but neither of them offers a clear solution to modern problems.

I asked Ekirch this question: As the historian most associated with biphasic sleep, had his research encouraged him, a spouse, or a friend, to become a biphasic sleeper? “Not at all,” he said. “At no time in history have conditions for human slumber been better than today.” Compared with 99 percent of our ancient ancestors, we have better beds, better blankets, better houses, and fewer late-night pests. If the purpose of sleep is mental and physical well-being, “there is very good reason to believe that uninterrupted sleep at night best achieves that outcome,” Ekirch told me.

The upshot of sleep’s preindustrial and postindustrial history is a simple, short, and consistent message: Sleep is adaptable, but it improves with routine. Different tricks work for different tribes, but in the end, we are a diverse species united by a common circadian rhythm that craves consistency. “Sleep is very flexible, when you look cross-culturally,” says Dorothy Bruck, of Australia’s Sleep Health Foundation. “Your body really does like routine. Find what works for you, and keep that routine going.”

Read: I found the key to the kingdom of sleep

I have spent countless hours obsessing over my sleep, tracking my sleep quality on sophisticated devices, and reading (and reading and reading) about the thing I cannot do well. Sleep optimization can backfire by creating an in-the-moment pressure to solve the problem of wakefulness as if one is trying to solve a Rubik’s Cube against the clock. As every insomniac knows, “trying” to fall asleep is a self-defeating paradox. Insomnia is a beast that feasts on its own self-generated anxiety.

When I reached out to Ekirch, coming off a bad night’s rest, I hoped that the historian might have a practical tip. He didn’t. History is not a self-help book. But it has its own strange comforts, and our correspondence was deeply helpful in another way.

Ekirch told me that he’s heard from many people that simply knowing about the history of segmented sleep is its own relief. “Happily, there is mounting testimony from North America, Western Europe, and Australia that knowledge of this pattern has actually helped to alleviate anxiety, permitting some individuals to fall back to sleep more readily,” he said. Rather than see the legacy of medieval rest as an operating manual, I see it as a balm. My 3-a.m. awakenings aren’t an unnatural disorder, but an ancestral echo. Maybe that’s something to tell myself in the middle of the night, instead of fighting the sleep doctor in my head: It’ll be all right. We’ve been here before.