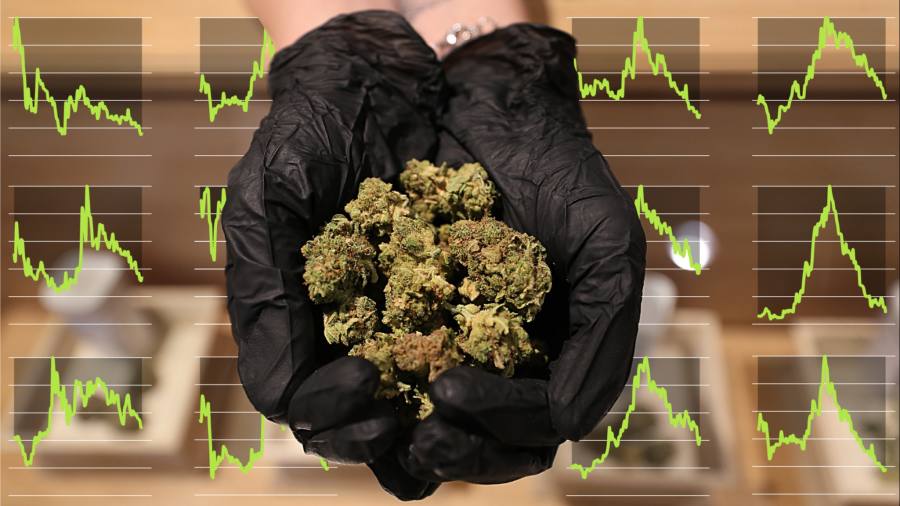 Cannabis stocks have tumbled in the year since Joe Biden took office, as hopes of an imminent federal legalisation of marijuana in the US fade and investors remain wary of a sector that has limited access to consumers and funding.

Pot consumption soared during the pandemic. Revenues have grown fivefold for US-listed companies since 2019, with demand for recreational cannabis fuelled by lockdowns. The global market for cannabidiol, medicinal and recreational cannabis hit $37bn last year, according to market intelligence firm Prohibition Partners.

“In 2014 the industry did less than $100mn in legal sales in the US; in 2020 that number was $20bn,” said Scott Greiper, president of New York-based cannabis investment firm Viridian Capital.

But that jump in revenues has not translated to share price rises.

The average US-listed cannabis stock is down by more than a third since the start of 2021, compared with 20 per cent for the S&P 500, while the Canadian cannabis index is down roughly 50 per cent over the same period.

With recreational use now legal in 18 US states and in Canada since 2018, industry watchers had expected swift federal legalisation to spur investment in the US cannabis sector once Democrats took control of the Senate. Stocks rose in the weeks after Biden’s January 2021 inauguration but investors were “too euphoric”, Greiper said.

The Democrats’ marijuana legislation has failed to gain support in the Senate, including the Safe and Fair Enforcement Banking Act. It would allow banks to give legal cannabis companies loans or other support without risking penalties at a federal level.

As Democrats consider broader reforms and some conservative Senators withhold support, hopes of prompt legalisation across the US have waned, along with stock prices.

The majority of Americans have access to medical cannabis, according to Prohibition Partners, but until recreational marijuana is legal at a federal level, institutional investors are often unable or unwilling to invest in cannabis stocks.

“These businesses are operating better than they ever have, with more revenue, more growth and much better performance than they have historically, but you don’t have long-term holders who take positions and hold and wait,” he said.

Retail investors have been more eager. Sundial Growers, a Canada-based, Nasdaq-listed company, was the most traded stock on the Robinhood investment platform in 2021, where investors are limited to Canadian operators listed in the US.

In the UK, institutional apathy is also a factor. At least five companies offering CBD products or medicinal cannabis, which was legalised in the country in 2018, listed in London last year but stocks have suffered a similar hit to those of US-listed peers.

Shares in Kanabo, a medicinal cannabis company that listed in February, rocketed 500 per cent on its debut to give it a market value of about £150mn. Its share price has since slumped 70 per cent.

Avihu Tamir, chief executive of Israel-based Kanabo, said: “A lot of original investors collected profits and then, there was no new wave of new investors.”

He added: “[Institutions] need a company that is somewhere around £100mn market cap to feel comfortable.”

Stephen Murphy, chief executive of Prohibition Partners, believes the sector has a strong future but suggests hype has inflated valuations of some companies, as has occurred in Canada since legalisation in 2018. Some have come to market early in their development. “I don’t think people are doubting the sector,” he said. “They are trying to back the right horse.”

An inflationary market has also caused challenges. Many companies are lossmaking and, like high-growth stocks in other sectors, have lost the confidence of investors seeking safety.

The market is shying away from early stage growth companies, regardless of the sector, said Greiper. “It’s not just cannabis, look what’s happening to the electric vehicle market,” he said. “It was everyone’s favourite and some are down 80 per cent. Does that mean the world has gone off electric vehicles? Of course not.”