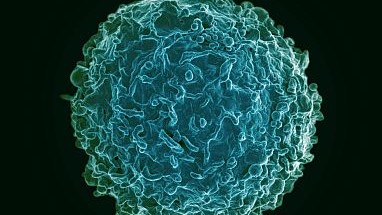 A decade ago, CAR T-cell therapy changed the face of cancer research and treatment. It’s now been applied in a small trial to lupus patients with total success.

Four female patients and one male whose lupus had been untreatable were given an infusion of genetically-engineered immune cells called T-cells, which attacked another group of cells that do the damage in lupus patients, sending all five into remission.

Lupus is an autoimmune disease, meaning the autonomic immune system begins attacking the body. In the case of lupus, defective immune cells called B-cells produce autoantibodies which attack the patient’s own cells rather than hostile pathogens.

It can cause a large variety of symptoms as varied and mild as fatigue, and as serious as organ damage and failure.

In the trial, CAR T-cell therapy, which has been approved for a variety of cancers, was applied to instruct the genetics of the T-cells in the five lupus patients not to target cancer cells, but these defective autoantibody-producing B-cells.

The T-cells carried the field, and after a dramatic depletion in B-cell count, sent the lupus into a kind of remission. When the patients’ B-cells recovered after four months, they were no longer creating the autoantibodies, the Guardian reported.

Despite this self-destruct sequence of the B-cells, the patients’ immune systems seemed to be working normally followings tests.

“We are very excited about these results,” Friedrich-Alexander University rheumatologist and study lead Georg Schett told the Guardian.

“Several other autoimmune diseases which are dependent on B cells and show autoantibodies may respond to this treatment. These include rheumatoid arthritis, myositis and systemic sclerosis. But also diseases like multiple sclerosis may be very responsive to CAR T-cell treatment.”

Maybe You Know Someone With Lupus—Share This Story…