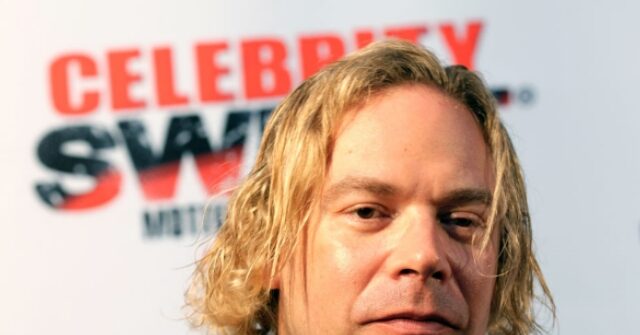 The fitness expert was only 53, according to TMZ Sports.

Eric Fleishman, AKA “Eric The Trainer,” famed celebrity trainer, unexpectedly died at the age of 53 on Thanksgiving, TMZ Sports has confirmed. https://t.co/fd0kcz9965

The fitness guru’s cause of death is not yet available.

The trainer also worked closely with members of California’s law enforcement community during his 30-year career. He worked with the California Highway Patrol and SWAT organizations across the country.

Fleishman leaves behind his wife, Alysia, and son, Henry.

Several celebrities mourned Fleishman’s passing, including actor Martin Kove, who is currently starring in the re-boot of the Karate Kid franchise.

Others also offered their shocked condolences:

You may have been known as Eric the Trainer but you were so much more than that. You were my friend. You were there for so many moments of my life. You gave so much to others. I can’t believe you’re gone. Until we meet again my friend. Rest in Power, @ErictheTrainer. 😔🙏💔 #RIP pic.twitter.com/kzAddQnA8s

RIP to Eric Fleischman – trainer to the stars, but an inspiration to everyone.

I have known too few who had such light, life, and warmth towards people. His passion for fitness was obvious and radiant. He loved his clients.

Much love and light to the family of @ericthetrainer
Eric not only got me back in shape, but helped pull me out of the darkest time of my life with his infectious motivation, energy, and inspiration.
His presence will be missed by so many. Rest in Peace 💔 pic.twitter.com/Wdf1fqZvYh

We can’t believe Eric is gone. He was an inspiration to so many people. A mentor. A friend. One of the most positive and supportive people in the world. Today we miss you and we mourn. But we also celebrate and remember you. RIP Eric Fleishman aka Eric The Trainer 🙏🙏 pic.twitter.com/aCNdnXQQ0h