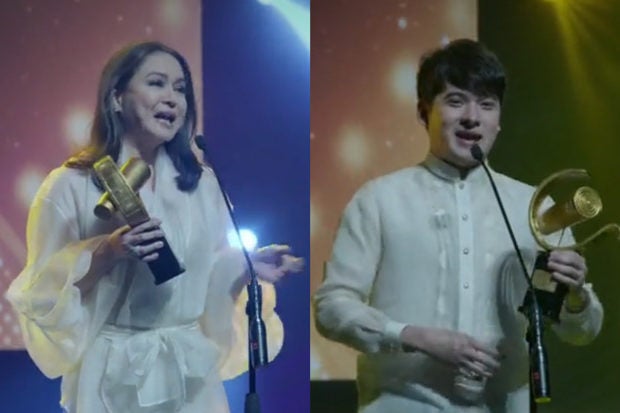 The winners were announced at the awarding event hosted by King of Talk Boy Abunda at Metropolitan Theater on Sunday, Nov. 27.

Santos earned the best actress award with her portrayal in the film “Kun Maupay Man It Panahon,” while Bables was named the best actor for his role in the “Big Night.”

Here is the full list of the 5th EDDYS Awards winners:

Best Supporting Actress: Lotlot de Leon for “On The Job: The Missing 8”

Best Sound Design: Corinne de San Jose for “On The Job: The Missing 8”

Best Visual Effects: Mothership for “On The Job: The Missing 8”

Best Editing: Jay Halili for “On The Job: The Missing 8”

Best Director: Erik Matti for “On The Job: The Missing 8”

Producer of the Year: Viva Films