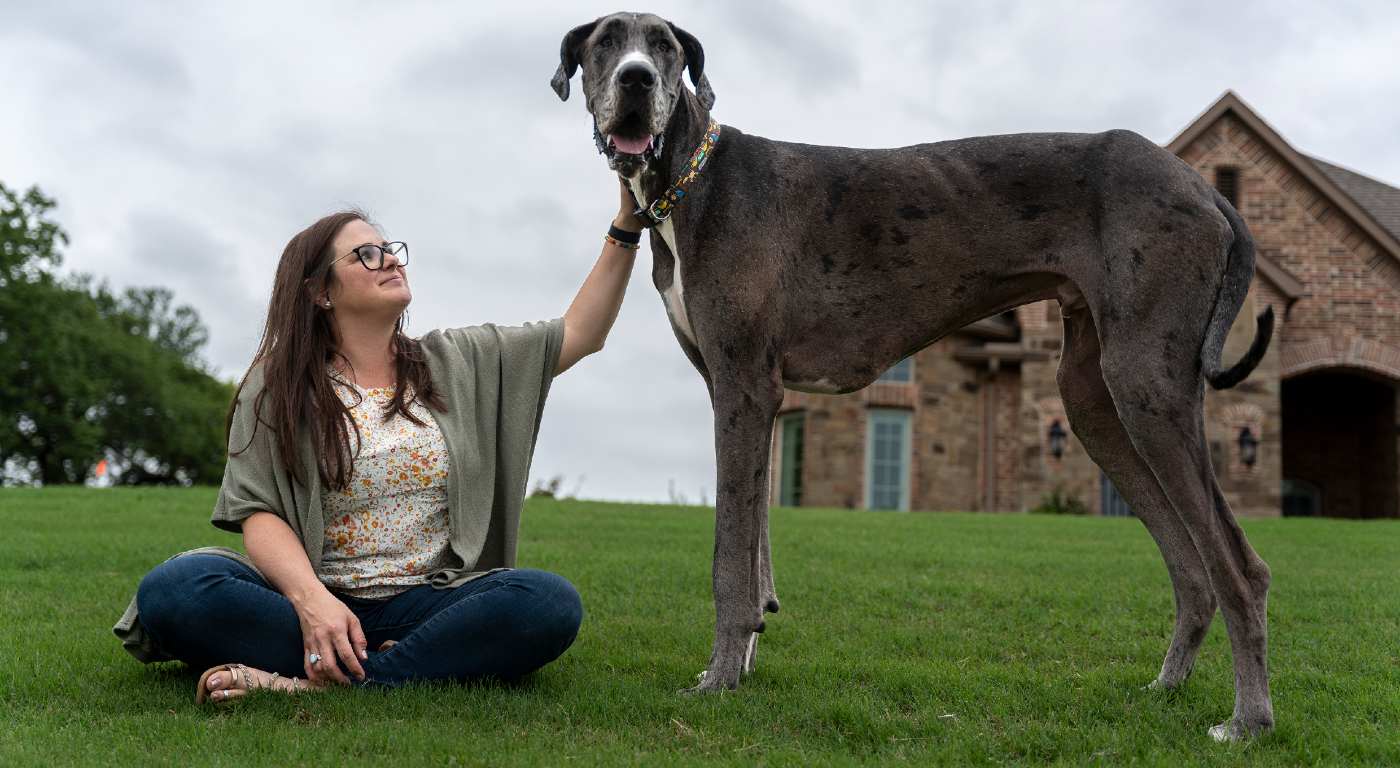 The two-year-old Great Dane officially achieved the title on March 22, 2022, after his record-breaking height was measured and confirmed by his vet.

“Ever since I was a little girl, I wanted a Great Dane named Zeus,” said Brittany Davis. Her dream became reality when her brother gifted eight-week-old Zeus to the Davis family.

She said, “At first, we were nervous about having such a large dog, but we fell in love with him and here we are!”

Nothing, not even their vast height difference gets in the way of their playtime and bonding.

According to Guinness World Records, “Zeus loves walking with his human brother and sleeping by his window in his chair.

He loves visiting the Dallas Farmers Market where he is always the center of attention. Vendors greet him by name and offer up extra treats; he’s a local celebrity!”

Known to be laidback, a little stubborn, and for loving everybody he meets, Davis commented that, “He is only naughty when he wants to take food off the counter or steal the baby’s pacifier.”

She says when people see Zeus, they often comment on his size, even asking things like, “Can I ride him? Does he have a saddle?”

To be fair, we can see why.

BOW (Wow) for the Good News; Share It With Pals…