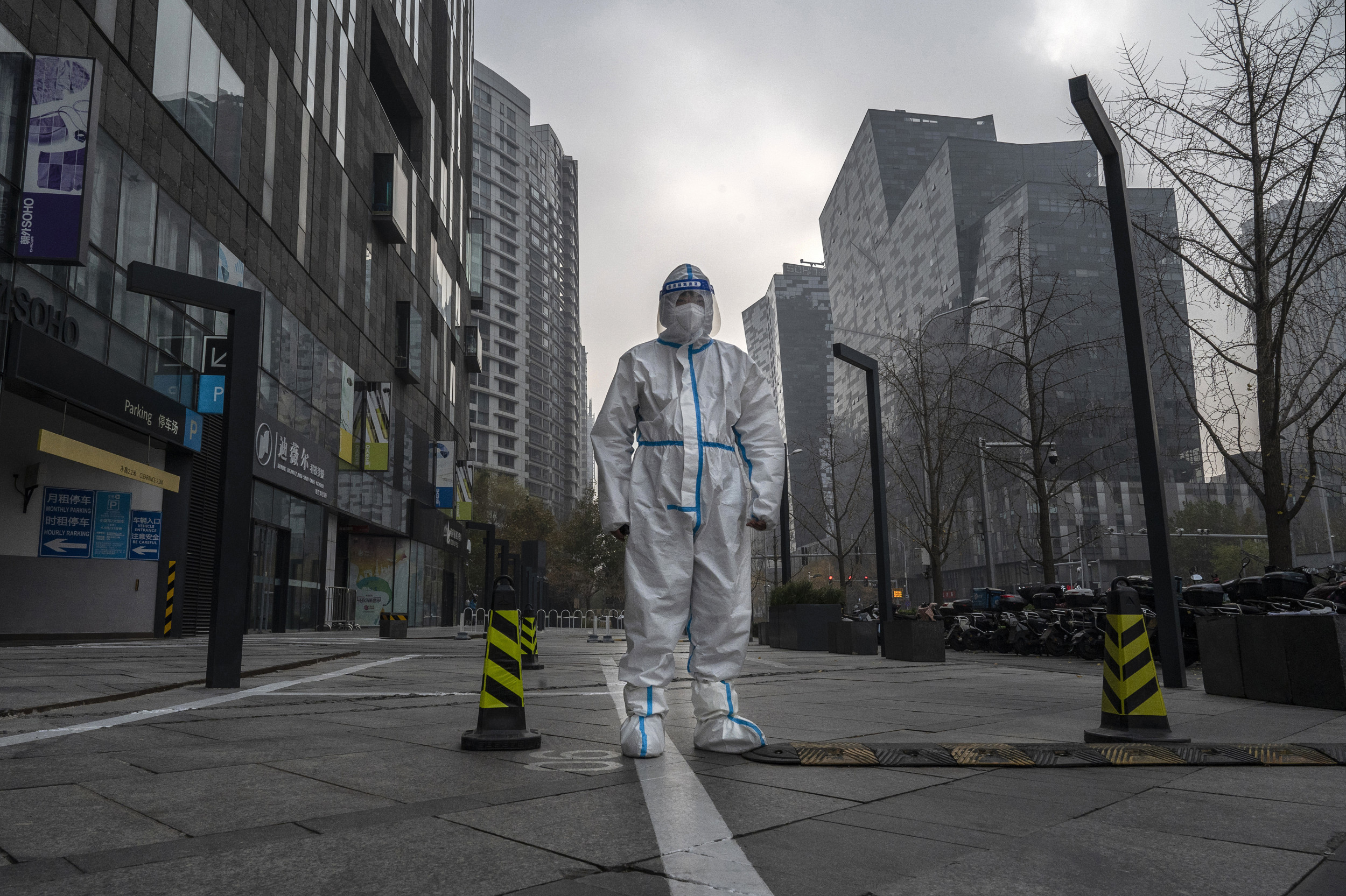 A public post on China‘s do-everything app WeChat was censored a day after going viral for questioning the government’s unrelenting COVID-19 policy, in a sign of growing frustration among the Chinese public.

The open letter, titled “10 Questions,” was posted on Tuesday and received over 100,000 views. Some of the author’s sentiments, which were shared by others, appeared to be inspired by feelings of isolation after witnessing jubilant scenes at the FIFA World Cup after the major soccer tournament opened over the weekend.

China is the only major economy still trying to stamp out every instance of community transmission, nearly three years into the pandemic. “Dynamic zero COVID,” President Xi Jinping‘s signature public health strategy, is putting serious strain on the economy and on livelihoods in an apparent trade-off for social stability.

China’s National Health Commission reported 31,444 new infections across the country on Wednesday, relatively low by international standards but a record high for the Chinese government. However, serious cases remain rare and deaths even more so, with only one death recorded over the same 24-hour period.

As of this week, new field hospitals and large centralized quarantine facilities were still being built in major cities including capital Beijing, while roughly one-quarter of China’s 1.4 billion people were living under some form of lockdown, according to estimates.

The viral post, which has since been archived on freewechat.com, claimed to have been made by an “ordinary citizen” who questioned the amount of public resources spent recording COVID cases versus promoting the effect of therapeutics.

The author also asked why China hadn’t followed Hong Kong’s reopening in September, despite similar concerns about risks to the city’s elderly population.

“Are there no old people and children in Hong Kong?” the letter asked. It was censored roughly 24 hours later but continues to be widely discussed on other websites such as Weibo.

The Chinese national team didn’t qualify for the World Cup and hasn’t reached the tournament in two decades since its appearance in the edition jointly hosted by South Korea and Japan in 2002.

The beginning of the competition on Sunday appeared to strike a nerve among frustrated members of the public in China, where television rights are held by the country’s state broadcaster CCTV, whose channels also frequently blast government warnings about COVID and report on mass deaths in the West.

Weibo users contrasted scenes of cheering soccer fans in Qatar with crowds of hazmat-clad health workers in China. A maskless Xi, meanwhile, was recently shown mingling with President Joe Biden and other world leaders in Southeast Asia in his second foreign trip in three months.

Many on Weibo shared the sentiments of the WeChat letter, which asked: “The Qatar World Cup has opened. I don’t see any fans wearing masks or being asked to present negative PCR tests. Are we even living on the same planet? Does COVID not harm them?”