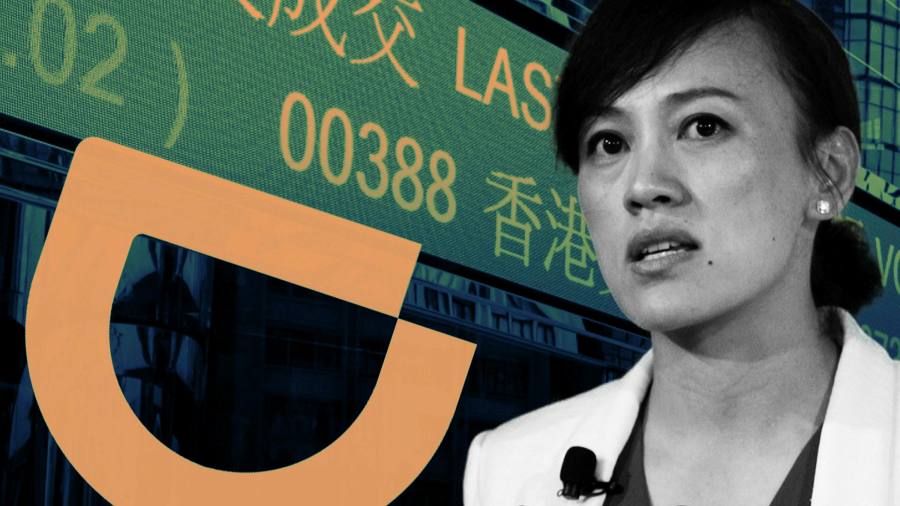 A handful of companies are seeking to become the first China-headquartered businesses to go public in the US since July, in a test of regulators’ willingness to accept new listings after clampdowns on both sides of the Pacific.

Six China and Hong Kong-based groups filed new or updated documents with the US Securities and Exchange Commission for an initial public offering on the Nasdaq exchange in January. They were followed last week by Meihua International Medical Technologies, a producer of disposable medical devices, which set a target offering price after submitting its initial filing almost six months ago.

Although each deal is expected to be small in size, lawyers, exchange officials and China experts will be watching them closely for signs that there is still a future for the once-thriving market for Chinese listings.

“They’re certainly not Alibaba, but nonetheless . . . the optics of it would send a broader message,” said Arthur Dong, a professor at Georgetown University’s McDonough School of Business and a specialist in Sino-US business relations. “If these pass it would show there are still visible signs of life and it’s not a completely dead market for Chinese companies to list.”

The efforts highlight the continuing appetite from companies to access the US’ incomparably deep pools of investor capital, but their success is not certain.

“It’s not guaranteed, even though you’ve filed the statement, that you’re going to be able to conduct an offering. There’s still lots of discretion for the SEC in how that process goes,” cautioned one former SEC official.

It doesn’t surprise me one bit that the three companies pending are all in a sense ‘old economy’ businesses — decidedly unsexy and not connected to the internet, communications and telecoms sectors.

Last summer SEC chair Gary Gensler blocked staff from approving new listings from China until companies provided more thorough risk disclosures, and in December it published a list of details it would demand from companies. It is also beginning implementation of a Trump-era law that would force Chinese companies to delist if they refuse to give audit regulators access to their audited accounts.

“These [IPOs] are a test case of if you’re willing to provide this additional disclosure, will the SEC actually allow them to list,” the former official added.

Regulators in China have also been tightening rules for companies looking to raise cash overseas as part of a broader crackdown on the country’s technology sector. When ride-hailing group Didi Chuxing ignored warnings not to list in the US last year, the government swiftly banned it from domestic app stores and stopped it from signing up new users. It eventually announced in December that it would begin plans to switch its listing to Hong Kong.

Each of the companies currently trying to advance their US listings state in their prospectuses that they believe they are not subject to the new restrictions because they do not process large volumes of customer data.

“It doesn’t surprise me one bit that the three companies pending are all in a sense ‘old economy’ businesses — decidedly unsexy and not connected to the internet, communications and telecoms sectors,” Dong said.

China was the biggest source of foreign listings in the US over the past decade, becoming an important source of revenue for Nasdaq and the New York Stock Exchange. The two exchanges have been hunting for alternative IPO candidates in countries like India and Singapore to help fill the gap, but executives have also continued to privately lobby regulators and politicians to allow Chinese listings to resume.