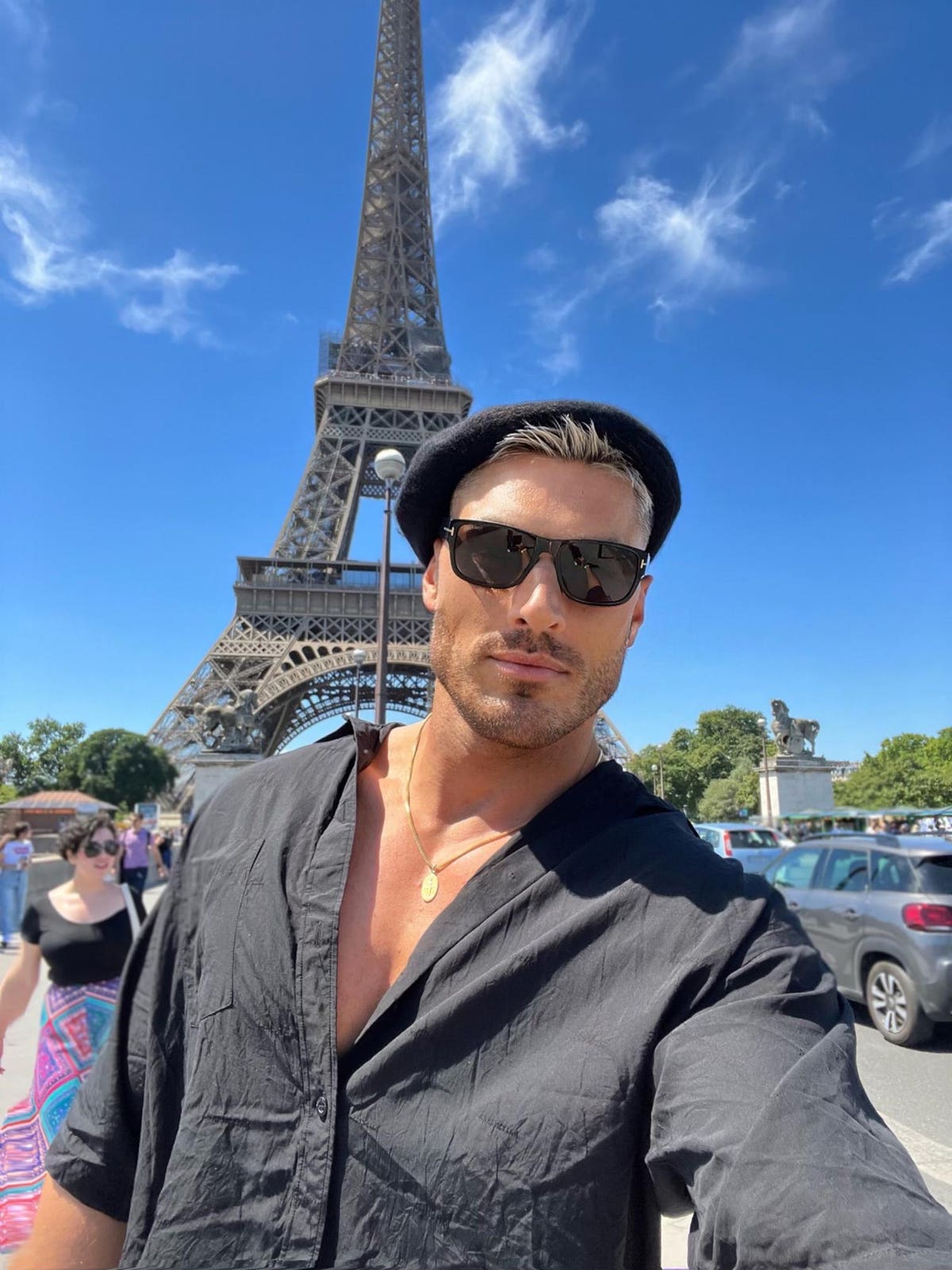 Chris Appleton is best known for being the hair mastermind behind some of Kim Kardashian, Dua Lipa and Jennifer Lopez’s most iconic looks. His unique styles and easy-to-follow tutorials have garnered him over three million followers on Instagram and over two million on TikTok.

However, being a hair artist isn’t all he does -something many people don’t consider is how often his job has him traveling. Chris is typically on-the-go five days a week, always in different cities and countries. While the idea of constant traveling can be daunting to many, Chris values the adventurous side of life and has fully embraced the travel his career entails.

“I feel like it puts me into a time travel situation- you wake up in different time zones, life becomes less stagnant and more vibrant. It makes you feel alive,” he says.

However, while Chris does love the ever-changing flights and destinations, it can definitely take a toll on him.

“(My least favorite part of traveling is) jet lag because it’s uncontrollable. It hits you out of nowhere. I have fallen asleep on many restaurant tables,” he says.

Being the traveling pro he is, he has many tricks up his sleeve to combat the downsides: “My best tip to revive me after a long day of traveling is Liquid Vitamin C in a high concentration,” he says.

Chris also makes sure to pack SkinMedica eye patches, collagen & electrolyte powder, as well as a large bottle of Evian water. He says it not only helps him stay hydrated, but makes a difference with jet lag and keeps him looking refreshed and plump. He’s also a big fan of a 10-minute power nap followed by an espresso to combat jet lag.

Amidst the usual Airpods and phone charger, Chris also likes to bring an uplifting book on his long journeys. “I’m usually reading something insightful and focused on positive thinking, something that pulls me out of my current vibe,” he says.

Something you probably wouldn’t expect in his carry-on? Multiple pairs of sunglasses. According to him, four is the average number.

Many people change up their routine or forgo working out when on the go- Chris, on the other hand, is consistent.

“It can be more challenging, but my routine doesn’t change and that’s important. It helps with jet lag, and if I don’t workout I feel terrible,” he says.

Chris’s favorite location as of late? Turks and Caicos. He went with his two kids, Kitty-Blu and Billy. They spent three days snorkeling and jumping off ships.

“It was so beautiful and really was an escape. They have the most clear waters I have ever seen,” he said about the getaway.

Speaking of family- while it can be tricky to be away from his kids, he’s found ways to make it work.

“(Traveling has) always been a part of our lives, so we as a family have a routine. We work together, with my son stepping in to help with my daughter. (Also,) with FaceTime and technology I can feel more connected (to them).” He adds that traveling so often helps him pick out future destinations for family vacations.

His all-time favorite destination was a trip to the Mondo Islands with Kim for her 40th birthday. “(It was) the most amazing experience. It really felt like we were on our own island and it was an escape from everything,” he says.

Even though Chris now calls the U.S. home, he is, of course, a British native.

“I sometimes miss the culture of England. The humor is very different, and only Brits really only get that sometimes. I also miss English chocolates, and I miss those comforts. The one thing I don’t miss is the gray skies- I’m grateful everyday to wake up to the sun in L.A.”