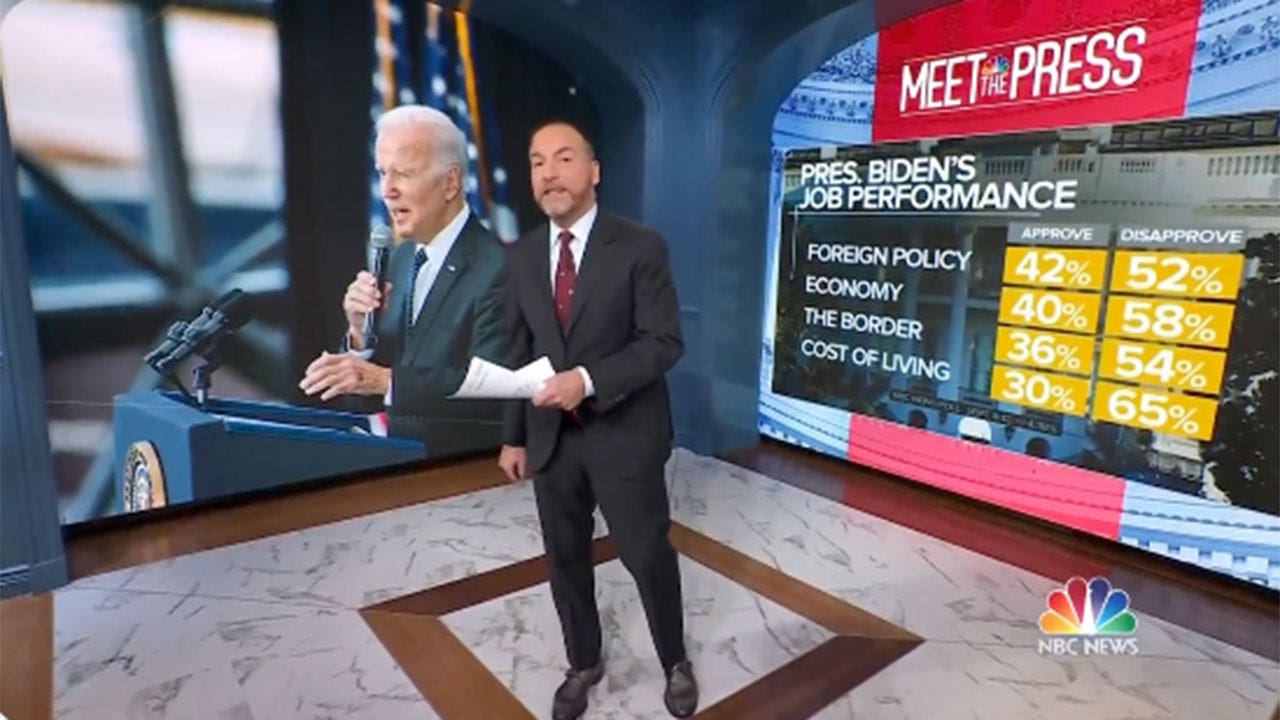 NBC’s Chuck Todd discussed new NBC polling on Sunday that showed President Biden’s approval rating has increased, adding that he was “getting a lift from simply Donald Trump’s presence.”

Todd said it was “remarkable” how Biden “even managed” to get to a 45% approval rating in the Sunday NBC poll and noted the president’s low approval across several major issues, such as the border crisis, the economy and the cost of living.

“So, what’s happening?” Todd asked. “One is of course the Dobbs decision, it’s clearly energizing voters and not just Democrats. Only 37% of people approve of the Supreme Court’s decision to overturn Roe, 61% disapprove of that decision. Bust just as important to President Biden, is getting a lift from simply Donald Trump’s presence.”

Todd said the investigations into former President Donald Trump was stopping Republicans from “turning the midterms into a referendum on Mr. Biden.”

The NBC poll found that 54% of voters have negative feelings towards Trump compared to 34% with positive feelings.

Todd added that both parties were running the campaigns they wanted to run.

The president’s approval rating hit an all-time low at 31% at the end of July, according to a Quinnipiac poll. In August, a Reuters/Ipsos survey found that 40% of Americans approve of the job that Biden is doing as president.

DEM REP TO BIDEN: DO NOT SEEK RE-ELECTION IN 2024, AMERICA NEEDS DEMS WHO WILL ‘STEP UP’

Sen. Lindsey Graham, R-S.C., introduced a bill on Tuesday that would ban abortion after 15 weeks.

“I see this as a responsible alternative to the very radical position by Democratic senators,” Graham said on Tuesday. “I can assure that a vast majority of Americans do not support abortion on demand up to delivery.”

‘Vote Here’ sign is seen at a precinct the day before Michigan Democrats and Republicans choose their nominees to contest November’s congressional elections, which will determine which party controls U.S. House of Representatives for next two years, in Birmingham, Michigan, U.S. August 1, 2022. REUTERS/Emily Elconin
(REUTERS/Emily Elconin)

Hanna Panreck is an associate editor at Fox News.