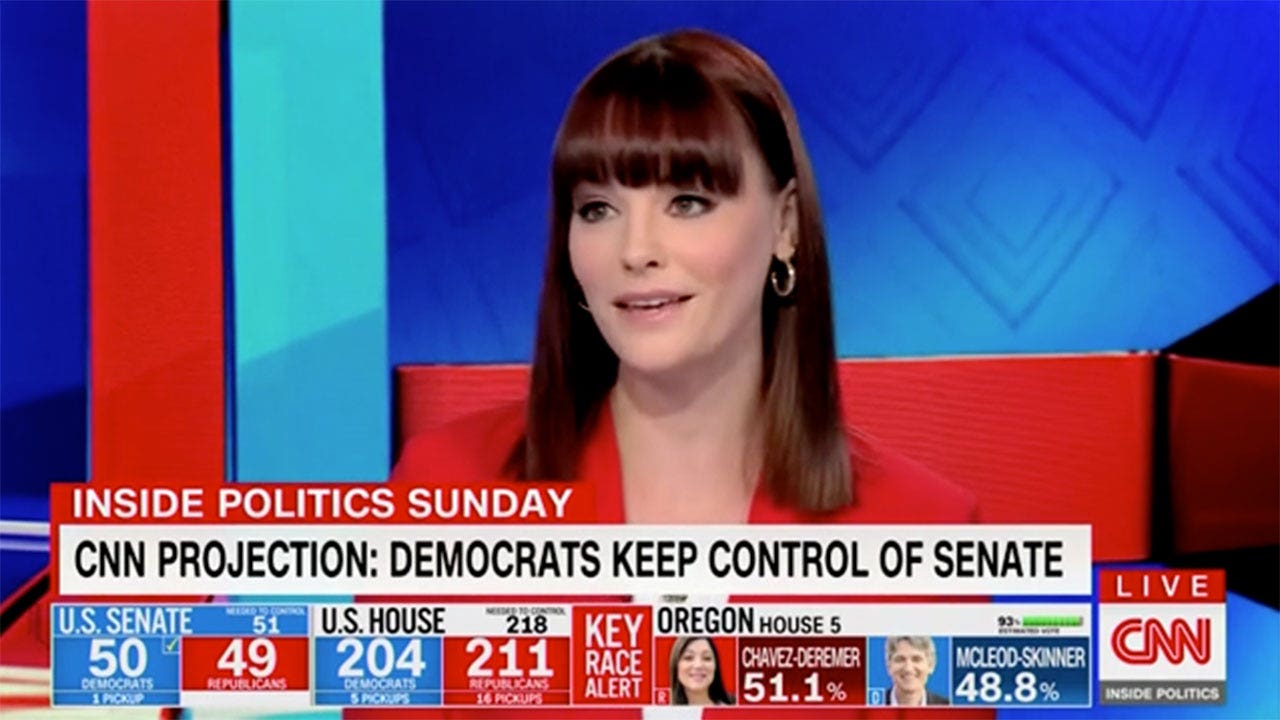 CNN Capitol Hill reporter Melanie Zanona said Sunday that keeping President Biden on the sidelines “seemed to help” Democrats in the midterm elections and that the party won “in spite of” him.

“No doubt it is such a good night for Biden, however it does seem when you look at the exit polls that Democrats prevailed in spite of him, not because of him necessarily,” Zanona said. “I mean, CNN exit polls show 49% of voters who said they somewhat disapprove of Biden, voted for Democrats, while 45% backed Republicans. So I mean, you see Biden, he sat off on the campaign trail in a lot of the key races, he wasn’t making big campaign pushes, he wasn’t front and center and that seemed to help Democrats.”

“And they should,” Rachael Bade, a co-author for POLITICO Playbook, said. “I mean nobody saw this coming, I mean except, of course, some Democrats who were – we all dismissed as overly optimistic. But clearly, you know, their agenda has been resonating with people, and because of Trump’s, again, especially toxic political – and they were really able to capitalize on this.”

The Fox News Decision Desk projected Saturday that Democrats will maintain control of the Senate after Sen. Catherine Cortez, D-Nev., was declared the winner against Republican challenger Adam Laxalt.

Phillip noted Biden received a lot of pushback for his final speech on democracy and said abortion played a big role in the decision for voters.

“I think – Democrats had an inflation problem. And that hurt a lot. But Republicans broadly had an extremism problem. And part of the extremism point number one was the Supreme Court ruling throwing the whole issue back to the states. But then it all fed into this big, big milieu of just violence and extremism,” The Washington Post’s Paul Kane said.

He added that the attack on Paul Pelosi also fit into this “broader narrative.”

“It all fit into this one thing and so, was Joe Biden on the ballot on Tuesday? Sort of. Was Donald Trump and the things he stands for on the ballot? Definitely,” Kane said.

Biden said Wednesday that he intends to run for re-election in 2024. A reporter asked the president about the two thirds of Americans who don’t want him to run again.

President Joe Biden speaks on COVID-19 during an event in the South Court Auditorium on the White House campus, Tuesday, Oct. 25, 2022, in Washington.
(AP Photo/Evan Vucci)

“What is your message to them and how does that factor into your final decision about whether or not to run for re-election?” a reporter asked.

Biden said it does not affect his decision and when asked what his message to them might be, he said, “watch me.”

Hanna Panreck is an associate editor at Fox News.