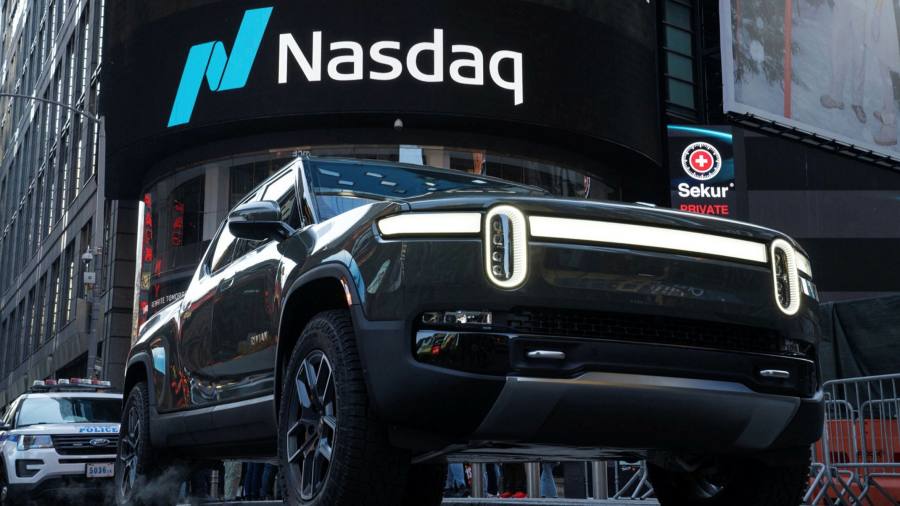 Companies raised a record $12.1tn in 2021 by selling stock, issuing debt and inking new loans, as a torrent of central bank stimulus and the rapid recovery from the pandemic propelled many global markets higher.

With a few days still left in the year, the cash haul is already up almost 17 per cent from 2020, which was itself a historic year, and almost a quarter above the take in 2019 before the coronavirus crisis, according to Financial Times calculations based on Refinitiv data.

The ferocious pace of fundraising underscores just how easy financial conditions are in many parts of the world, most notably the US, where more than $5tn was raised.

“It’s been a really blockbuster year,” said Chris Blum, a BNP Paribas banker who helps finance leveraged buyouts. “We anticipate it will continue into next year. Every year you kinda think markets will go down from this frantic pace but it will still be robust.”

Gargantuan sums have been raised as companies such as the electric vehicle maker Rivian and the South Korean ecommerce business Coupang went public.

Dozens of 10 and 11-figure loans were signed, including ones to fund Discovery’s merger with AT&T’s WarnerMedia unit and the freight rail operator Canadian Pacific’s takeover of rival Kansas City Southern. And investors in the roughly $10tn US corporate bond market lapped up deal after deal.

Massive bond-buying programmes launched by central banks including the Federal Reserve and European Central Bank during the depths of the pandemic have helped to push borrowing costs to historic lows. Coupled with the vast amounts of cash working through the financial system, the environment was extremely favourable for companies to tap new investors and lenders, bankers said.

That was in part bolstered by tremendous private equity activity, as buyout shops such as KKR, Blackstone and Apollo borrowed through credit markets to fund buyouts that have totalled some $1.1tn this year.

The year in debt and loan markets

The loan banks wrote to fund WarnerMedia’s merger with Discovery

Junk bond sales climbed 17 per cent from the previous year to just under $650bn, while new issuance of leveraged loans — lending to highly-indebted borrowers — more than doubled to $614bn, according to Refinitiv and S&P Global’s Leveraged Commentary & Data service.

“Whether you think valuations are elevated or not, the reality is that there is a lot of liquidity in the system and animal spirits in the merger and acquisition market are very much alive,” said Kevin Foley, the JPMorgan Chase executive charged with underwriting more corporate bond deals than any other in the world, according to Bloomberg league tables.

In the US, in particular, IPO volumes almost doubled compared from what had already been a bumper 2020, with the debuts of companies such as the chipmaker GlobalFoundries, the dating app Bumble and Nubank, the Brazilian financial technology group that counts Warren Buffett and Tencent as investors.

“We didn’t just break the record, we crushed the record,” said Jim Cooney, head of equity capital markets for the Americas at Bank of America. “It wasn’t even close.”

Despite the strong volumes and solid growth in the wider stock market, however, many newly floated companies performed unusually poorly after listing. The Renaissance IPO index, which tracks the performance of recent US listings, fell 8 per cent this year, its worst performance relative to the S&P 500 since its launch in 2009.

The year in equity capital markets

How much Rivian raised in the largest IPO of 2021

For the first time ever, more money was raised by special purchase acquisition companies in the US than through traditional IPOs. Issuance has slowed down since a bumper first quarter, but a steady stream of blank cheque companies — which raise money from investors then seek a company to acquire — have come to market through the final months of the year, collectively raising more than $152bn this year.

Brad Miller, co-head of Americas equity capital markets at UBS, said the Spac market “has been nothing short of extraordinary”. The result, he added, is that there were now “a tremendous number of companies looking for M&A opportunities”.

More than 550 Spacs are currently seeking a target, according to Dealogic, and almost 200 have a deadline to find one before the end of 2022. Their success or failure will help determine whether the Spac phenomenon persists or if they fade to become the niche product they were before 2020.