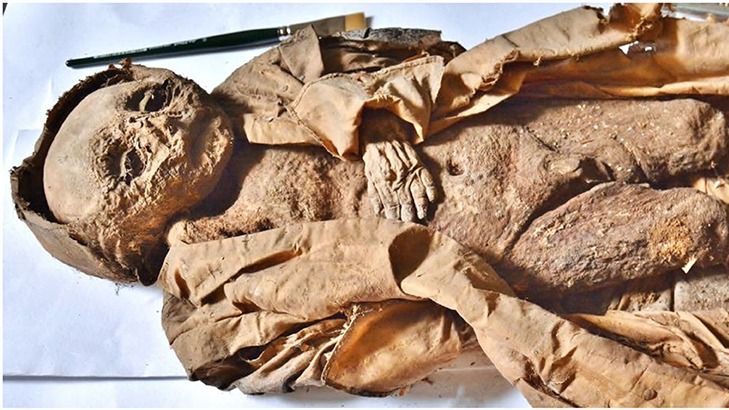 A “virtual autopsy” of the mummified remains of a toddler buried inside a family crypt in Austria reveals that the child died from a lack of sunlight, a new study finds.

Believed to be Reichard Wilhelm, the first-born son of a Count of Starhemberg, a prominent member of the Austrian aristocracy, the young boy lived during the Renaissance (between the 14th and 17th centuries) and died when he was just 10 to 18 months old. Yet despite his privileged upbringing, a team of scientists from Germany concluded that he experienced “extreme nutritional deficiency and a tragically early death from pneumonia,” according to a statement (opens in new tab).

Scientists made the discovery while performing a CT scan and radiocarbon dating of the mummy, which was found wrapped in a hooded silk coat, his left hand draped across his abdomen. The scans showed malformations on his ribs, classic signs of malnutrition, which “points to rickets,” according to the study, published on Oct. 26 in the journal Frontiers in Medicine (opens in new tab).

Known as a rachitic rosary, those malformations occur when knobs of rib bone begin to resemble rosary beads due to a vitamin D deficiency. The boy’s remaining soft tissues showed that he was also overweight when he died, eliminating the possibility that he was underfed.

“The combination of obesity along with a severe vitamin deficiency can only be explained by a generally ‘good’ nutritional status along with an almost complete lack of sunlight exposure,” Andreas Nerlich, the study’s lead author and a pathologist from the Academic Clinic Munich-Bogenhausen in Germany, said in the statement. “We have to reconsider the living conditions of high aristocratic infants of previous populations.”

Researchers found the child buried inside a wooden coffin that proved to be too small for him, based on a deformation of his skull. The crypt was reserved exclusively for descendants of the Counts of Starhemberg, specifically their first-born sons who would have been titleholders, as well as the men’s wives.

Radiocarbon dating of a skin sample suggested he was buried between 1550 and 1635, however building records indicate that the crypt underwent a renovation around 1600, so he likely was buried after that date. He was the youngest person buried in the crypt, according to the statement.