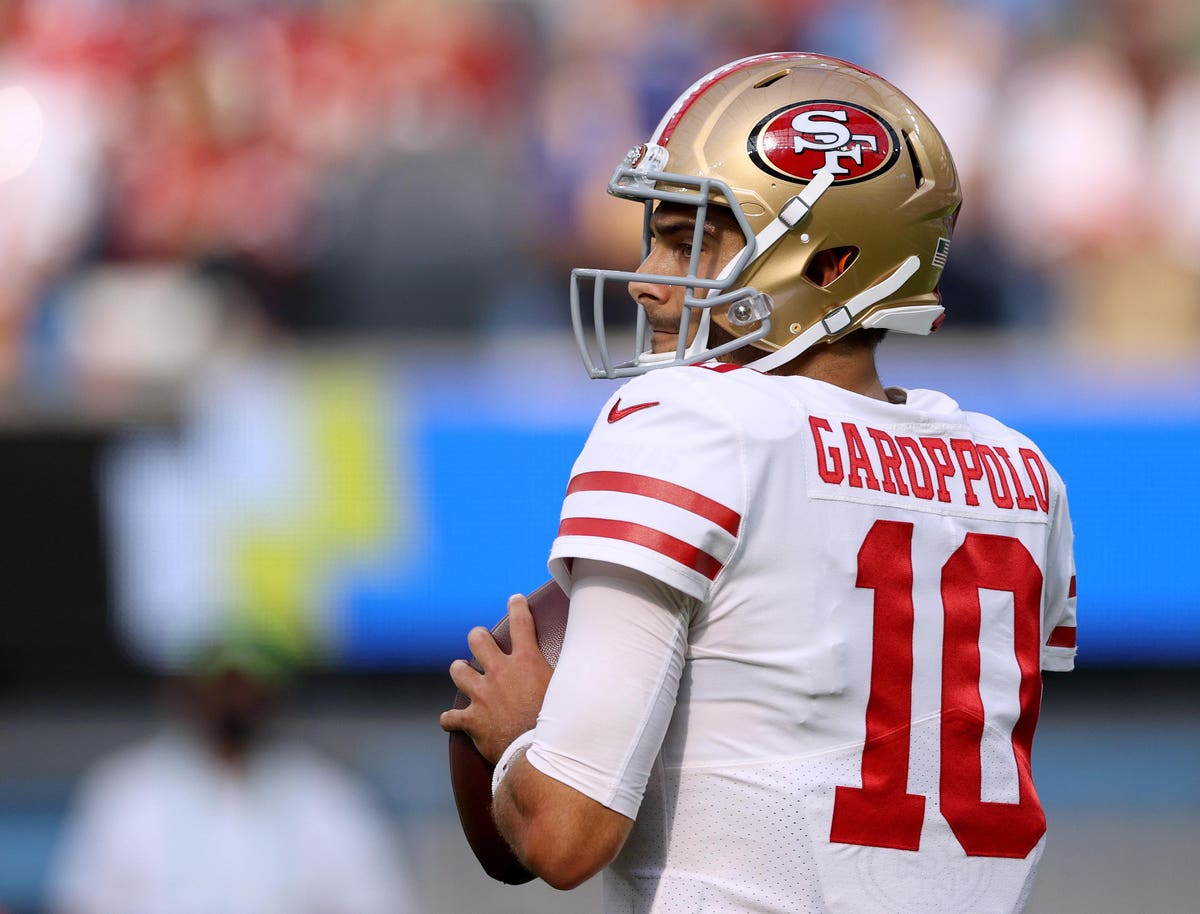 The tides appear to be turning in San Francisco, with the 49ers adding running back Christian McCaffrey to the roster ahead of a favorable stretch of the schedule. Fresh off of a much-needed bye week, the team takes center stage tonight in a Sunday Night Football matchup with the battle-worn LA Chargers.

Both teams limp into the primetime matchup, with San Francisco likely without the services of cornerback Jason Verrett, defensive lineman Arik Armstead, and edge Samson Ebukam.

The majority of Los Angeles’ injury concerns come on the offensive side of the ball, with receivers Keenan Allen and Mike Williams both sidelined from tonight’s action.

NFL odds are siding with the 49ers by a touchdown, with line offerings ranging from -7 to -7.5 depending on where you shop. Betting consensus reports suggest relatively even action on both teams heading into Sunday afternoon, with the Chargers seeing a slight edge in overall wagering action.

The Sunday Night betting total has seen significant action, available as low as 44.5 after hitting the boards at 47.5. The majority of money has come in favoring the under, but with the line falling throughout the day, the betting value could have already vanished for those caught sleeping on the opening number.

If the addition of McCaffrey wasn’t enough, the 49ers also see star receiver Deebo Samuel rejoin the offensive attack. With Brandon Aiyuk, George Kittle , Kyle Juszczyk, and Elijah Mitchell all suiting up, the 49ers’ offense is healthy and on full display for the first time this season.

The Week 9 bye also provided McCaffrey with valuable time to focus on learning the team’s playbook, and the back looks to build off of his two-touchdown, 149 total-yard performance in his 49ers debut against the Falcons two weeks ago.

Los Angeles also had a recent date with Atlanta, pulling out the narrow win over the Falcons last weekend. The team has struggled to create steady offense, and the absence of two targets will force QB Justin Herbert to once again rely on the legs of Austin Eckler.

Eckler is responsible for 10 of the Chargers last 13 touchdowns, and the injuries make it increasingly evident as to how Los Angeles will look to move the ball. Unfortunately, the team’s offensive line is also banged up, and it will be interesting to see if the unit can remain impactful through a full four quarters of play.

Herbert is going to have to look for new targets to open up play for his team, and to give Eckler some sort of rest. He will look to do so against a 49ers defense that features a handful of injuries, as mentioned above. Herbert has the talent to make the throws, and he the team has proven to find success in the air in the past.

While it might not be enough to get the job done today, a few big catches might be all we need to push this game over the total.

San Francisco will be keen to showcase their healthy offensive unit, and the defensive woes on both sides of the ball could see the pair of QBs post their share of stats.

With the public having driven this line down, I am comfortable laying my cash on the over in this situation, grabbing a low line that has likely been overbet in response to injury reports. While these injuries are significant, some cancel each outer out more so than bettors are accounting for.

Bet the over 45 Sunday Night before this line starts to creep up again.