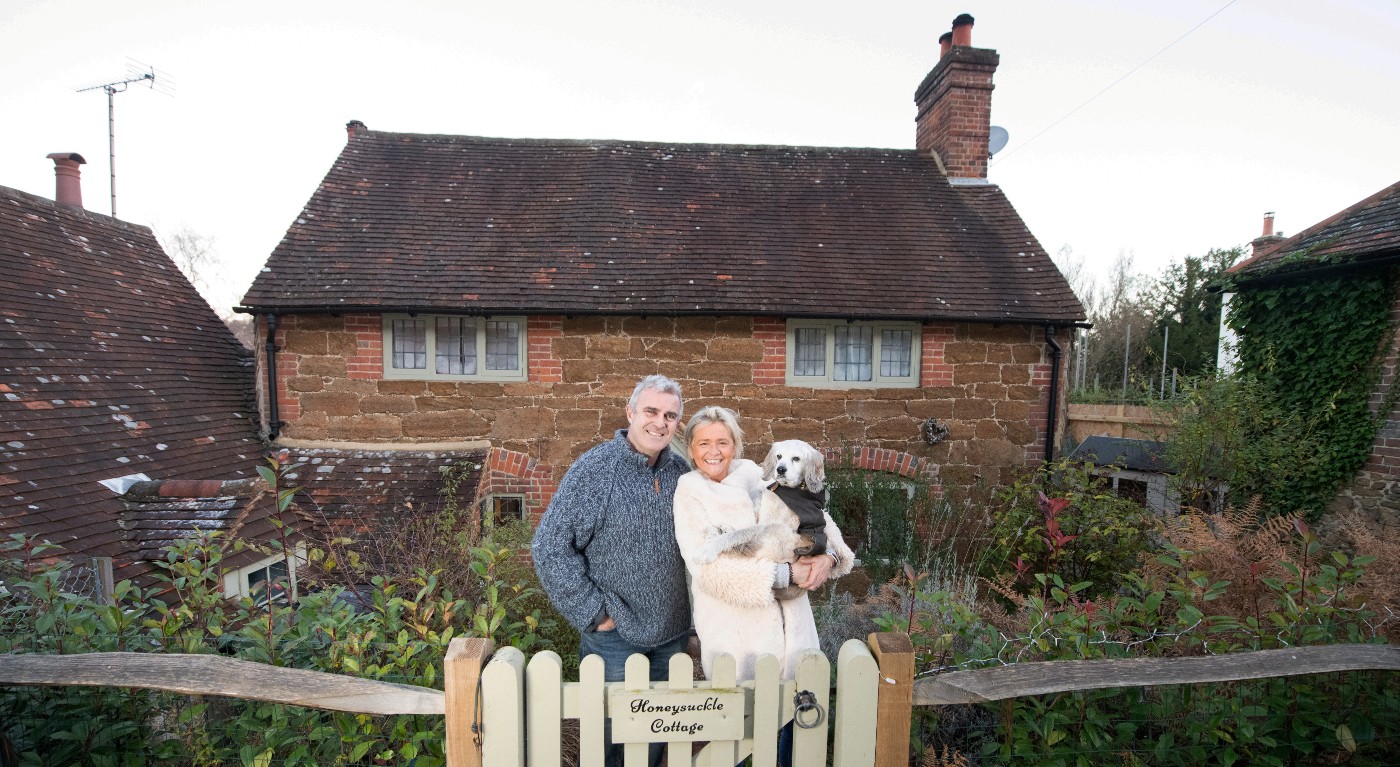 A couple bought the real-life cottage from Christmas romcom The Holiday without realizing —and now have tourists turning up taking photos.

57-year-old Jon Bromley and his 51-year-old wife Cressida live in the house which inspired Cameron Diaz’s rural retreat in the 2006 festive flick.

They had no idea it was the quintessential cottage from the movie when they bought it— until they saw news of the sale in a property magazine.

Now they regularly have movie fans turning up to their home in Holmbury St Mary, Surrey, to take photos and pose outside.

Researchers visited their home but when they discovered it was too far from the cast and crew in London, they recreated it brick by brick in a studio.

Rosehill Cottage is an identical match for the Bromley’s home—down to the picket fence, wooden gate, country garden, and rural track which Diaz famously slips down.

In the movie, newly-single Amanda Woods leaves Los Angeles to spend a two-week holiday in Rosehill Cottage in rural England.

During this mini-break, she meets the landlady’s brother Graham, played by Jude Law, and they fall in love.

RELATED: Watch Dwayne Johnson Give $30K Truck to the Guy Who Took Him In When ‘The Rock’ was a Homeless Teenager

Jon said, “It’s one of those getaways where you go and hide yourself somewhere in a little village.

“There’s nothing here but a pub next door, no shops.

The Bromley’s moved into the £625,000 ($1 million) home in 2019, already happily married and totally unaware of any Hollywood significance.

Sports photographer Jon said, “I came to see it on my own to begin with and just literally fell in love with it straight away.

“Just everything was beautiful—low ceilings, it’s beamed, it’s got a massive inglenook fireplace with a log burner in.

“Then we saw it in Country Life article saying something like ‘the inspiration for The Holiday cottage is back on the market’.

The three-bed cottage also boasts an AGA stove, underfloor heating, and the iconic picket fence as seen in ‘The Holiday.

The landscape garden also contains a flagstone laid terrace and views over the surrounding Surrey hills.

He was told the house receives frequent phone calls from America and people asking to take photos of the exterior.

Jon said, “We had a couple of location scouts.

“There’s a fair few people that come past looking for the house.

“Then you get the odd one who goes past and stops and says ‘I recognize that, is this the Holiday cottage?’ and ‘do you mind if I take some pictures?’”

Jon watched The Holiday for the first time years before moving in, and has stuck it on the TV at least a couple of times since.

He has played extras in movies for ten years and is a big Cameron Diaz fan.

“On a couple of occasions people say ‘where do you live’ and I’m showing them pictures.

“People say ‘are you joking?’—no I’m not joking!

“It’s just such a beautiful house, its got that The Holiday-feel.”

While neither Jon nor specialist painter Cressida have committed to a home swap, they have had people look after the house while they were away.

But when asked if he believes there was any romance, Jon said “you don’t want to ask!”

Production designer for The Holiday, Jon Hutman said on the DVD commentary he was looking for the “cutest, smallest, most English cottage that we could find” when he stumbled on the real-life home.

The couple can definitely understand why their chocolate box property served as the inspiration for the flick’s remote romantic getaway.

“I’d been with O2 for 30 odd years and literally couldn’t get bloody signal, I’ve now got EE and even that’s not fantastic,” dad-of-four Jon said.

“It snowed last year and it just has that warmth to it when you walk through.