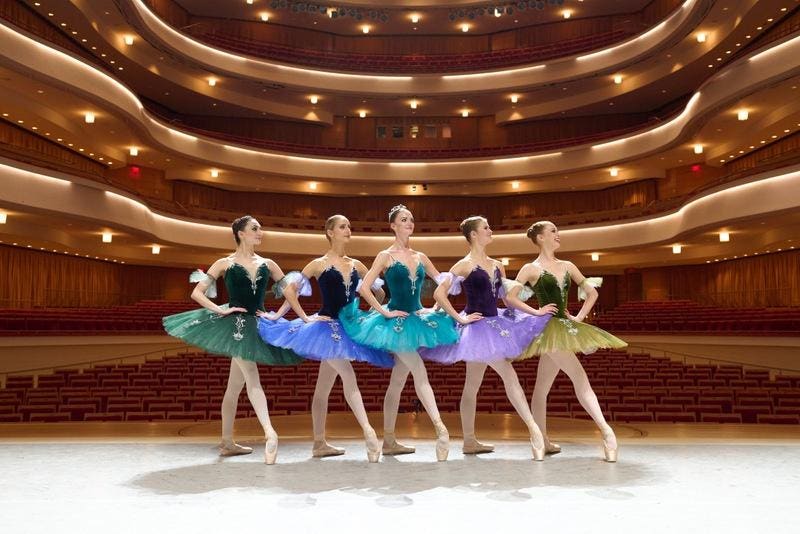 The War in Ukraine has displaced many, many lives. For those of shared Ukrainian and Russian heritage, or those who are Russian, or have strong connection to Russia, but who oppose the war, many have been forced into exile and to choose sides. This has been difficult for people from all walks of life including those ballet artists who performed with the Bolshoi Ballet, The Mariinsky (formerly the Kirov), and Stanislavsky Theatre. Exiled, the dancers wanted to continue to perform as well as show their support for Ukraine.

In New York, the choreographer Alexei Ratmansky staged a night of new work in support of Ukraine. And this Saturday night, November 19, in Orange County, California at the Segerstrom Center for the Arts, British dancer Xander Parish, formerly of the Mariinsky, has assembled a one-night only performance, “Reunited in Dance,” featuring a cast of international ballet artists. Although the performance is already sold out, the Segerstrom Center is going to LIVESTREAM the event FOR FREE outside the theater in the Argyros Plaza (although the performance begins at 8:00PM, as seating is first come, first served, the Plaza will open at 5:30 PM so people can spread their blankets or place their chairs to enjoy the evening).

“On this special evening, all these artists, wherever they came from, will become a single remarkable group, not just standing up for what we believe but dancing for it,” Xander Parish said in the press release for the event.

This event is made possible by the generosity of Elizabeth Segerstrom who said, “I know the arts have always had the power to bring people together. I am humbled to be able to play a role in bringing together these artists… to bring unification to us all.”

The evening will feature the World Premiere of The Ballet Class, a new ballet choreographed by Parish to Tchaikovsky’s Children’s Album, the North American Premiere of BA//CH Solo Choreographed by Ilya Jivoy, as well as Christopher Wheedon’s After the Rain, and selections from La Baydere, Swan Lake, Don Quixote, Raymonda, The Nutcracker, the Flames of Paris, Paquita and Le Corsaire.

Gavriel Heine, formerly of the Mariinsky, is the music director. Special guest artist is the pianist Behzod Abduraimov. Christopher Minev, formerly an international tour producer for the Mariinsky, is the executive producer. The performance will feature digital scenic design created especially for the evening by The Hettema Group.

Resistance and protest take many forms. For these dancers, to put heart and soul into a performance for a performance that shows they will not be silenced and their art will continue is very meaningful. And the audience by seeing and supporting the performance also plays their role in making a loud statement against what Russia has wrought in Ukraine.