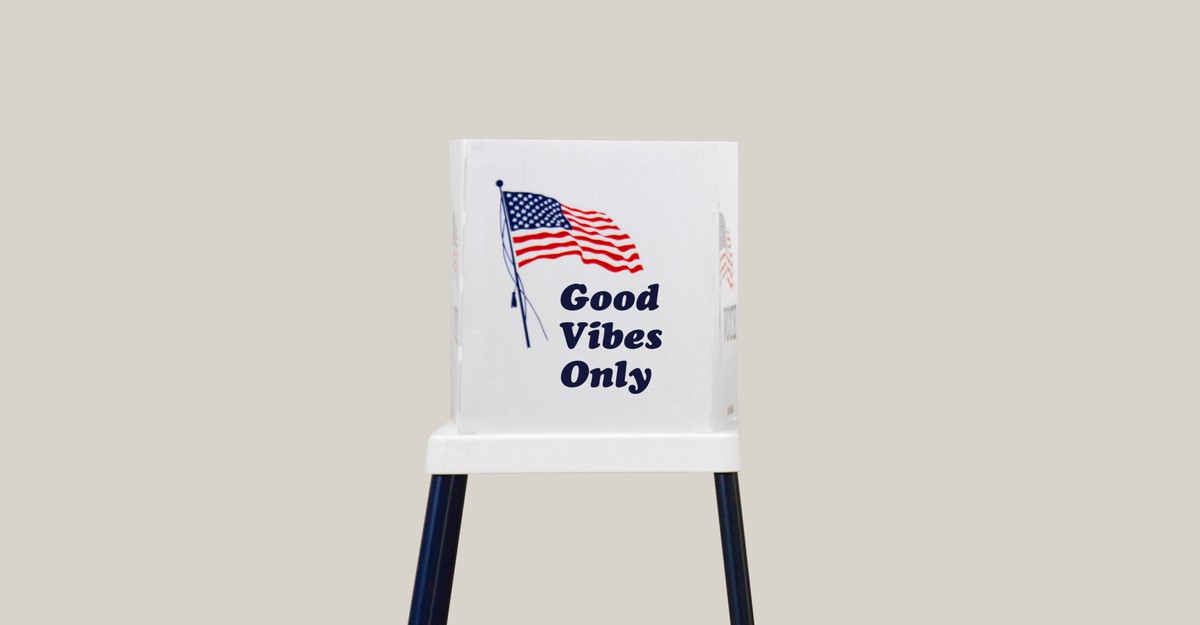 This is Work in Progress, a newsletter by Derek Thompson about work, technology, and how to solve some of America’s biggest problems. Sign up here to get it every week.

In 1962, President John F. Kennedy and the Democratic Party took advantage of low inflation and exceptional real-income growth to add three seats to their Senate majority. Sixty years later, no Democratic president with control of the Senate has ever duplicated the achievement by picking up Senate seats, or even holding steady, in a midterm election.

President Joe Biden and the Democrats have defied a gloomy narrative to give themselves a real shot at retaining control of the Senate. (We still don’t know the full results from Arizona, which is leaning Democratic, or Nevada and Georgia, which appear to be toss-ups.) They also seem poised to lose a relatively small number of seats in the House. Yet Biden’s record looks almost nothing like JFK’s in ’62. He has one of the lowest approval ratings of any postwar president after 22 months. Inflation is more than 8 percent. Real-income growth, which has a surprisingly good record of predicting the incumbent party’s vote share in each election, has turned sharply negative.

Perhaps that’s why pundits and commentators seemed certain over the past few weeks that Democrats faced electoral calamity on Election Day. Politico and The New York Times anticipated “disaster” for Democrats. Joe Rogan predicted a red wave resembling “the elevator scene from The Shining.” Conservative pundits such as Ari Fleischer predicted a similar bloodbath. “Part of my overall prediction [is] that Democrats will wake up on Wednesday morning with a powerful impulse to move to Canada or Belgium to take advantage of their permissive assisted-suicide programs,” the New York Times commentator Bret Stephens wrote. Betting markets agreed with this overall assessment, predicting that Republicans would finish the night with 51 to 53 Senate seats.

The vibes were wrong. The Democratic horror movie never rolled, the disaster hasn’t materialized, and many Democrats woke up this morning with a powerful impulse to retain their citizenship, at least for one more election cycle. Americans are experiencing an unfamiliar sensation: the feeling that the polls were right. Or, at least, right enough, in aggregate.

In particular, reputable institutional pollsters, such as The New York Times and The Wall Street Journal, provided high-quality indicators of the final outcome. The website FiveThirtyEight’s final polling average, which gives more weight to blue-chip pollsters, predicted a 50–50 toss-up for the Senate. “In the end, the FiveThirtyEight averages in most key races are looking pretty solid,” Kristen Soltis Anderson, a Republican pollster, wrote to me. “I think a lot of people who watch politics closely were mentally giving Republicans a few bonus ‘Shy Trump Voter’ bonus points. That’s why they’re surprised today.”

The polls seem especially good relative to more subjective forecasts. On the betting market PredictIt, which offers a nice quantitative measure of preelection vibes, Mehmet Oz was favored to defeat John Fetterman in the Pennsylvania Senate race all week. But polls receiving an A rating from FiveThirtyEight, including one from Siena College/The New York Times and a Fox News–sponsored one from Beacon Research, consistently predicted a narrow Fetterman win. Indeed, Fetterman won narrowly. In New Hampshire, PredicIt gave the Republican Senate challenger a 45 percent chance to win earlier this week. Instead, the Democrat Maggie Hassan won comfortably, as traditional polls had predicted.

Every election has polling errors. When the final vote is counted, we will likely see some state contests where the polls were off by double digits. But those errors don’t appear to show a systemic bias against one party, the same way that the 2016 and 2020 elections undercounted the Trump vote. Instead, the polls, properly weighted, seem to have offered a pretty good indicator of the final result.

One lesson of the 2022 midterms is that the polling industry is not existentially screwed. High-quality polling still exists, even though it is hard to do in an age of cellphones, caller ID, and low response rates. It means that the direction of polling errors is still random enough that people shouldn’t automatically subtract several points from every Democratic vote-share figure they read.

Another lesson is that Republicans seem to have given more weight to vibes than polls throughout the past year. Here are several things that poll terribly: Donald Trump, the foiled insurrection on January 6, explicit plans to reject democratic elections, overturning Roe, and installing abortion bans. To believe that one’s party can win a landslide election while embracing all five, one must, at some level, believe that unquantified bad vibes are worth more than quantifiable polling.

The fact that Biden seems so close to holding the Senate ought to shock us. But when Republicans embrace unpopularity and come up short in a popularity contest, one cannot call it surprising.

Want to discuss the future of business, technology, and the abundance agenda? Join Derek Thompson and other experts for The Atlantic’s first Progress Summit in Los Angeles on December 13. Free virtual and in-person passes available here.