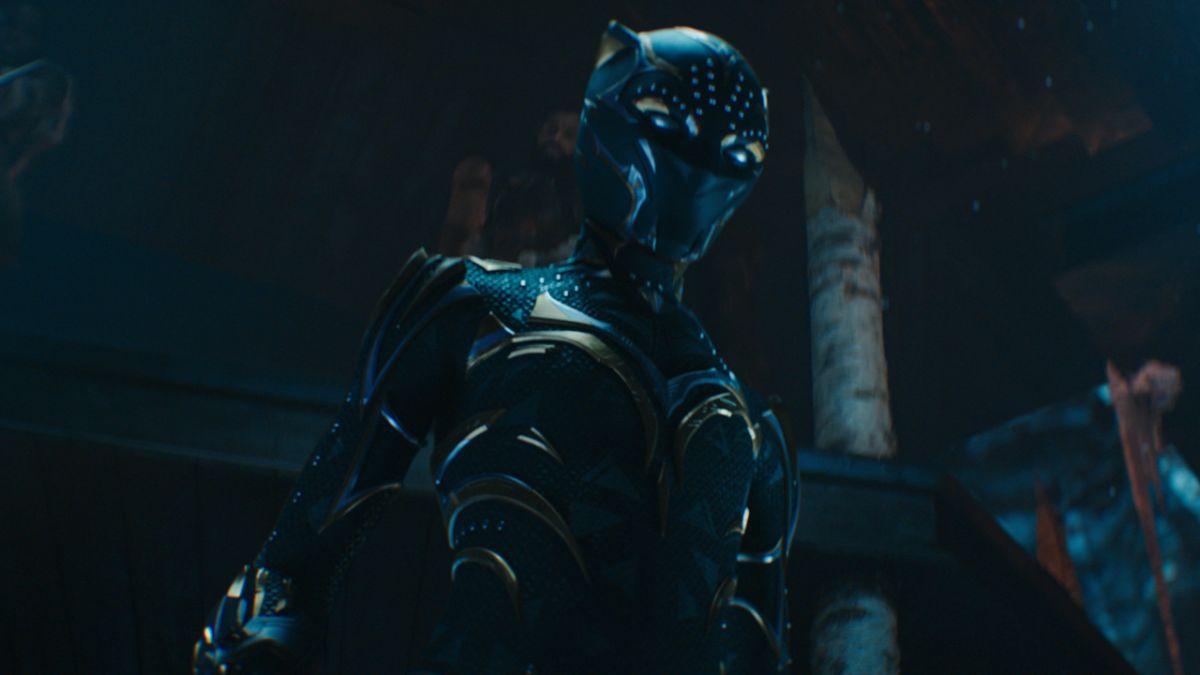 Throughout Phase Four of the MCU, one of the most highly anticipated upcoming Marvel movies has been Ryan Coogler’s Black Panther: Wakanda Forever. The critically acclaimed blockbuster has been making a ton of money at the box office, and offers an emotional meditation on grief. We also watched as Letitia Wright’s Shuri replicated the heart-shaped herb and became the new Panther. But did the sequel ever consider having another character take on the mantle? Here’s what producer Nate Moore says.

One of the biggest questions surrounding Black Panther 2 ahead of its release is who would be the next character to become the titular superhero. As we got closer it seemed obvious that Shuri was the one behind the mask, as she was the protagonist of Wakanda Forever. Producer Nate Moore was asked by one Yahoo! journalist if other names were floated around, to which he responded with:

Several points were made. After all, Shuri has become the Black Panther in Marvel’s comics before, so there was precedent for the story to focus on Letitia Wright’s Princess of Wakanda. What’s more, there was a parallel journey happening with the grief over T’Challa and her eventual acceptance of the mantle. Although it doesn’t look like she’s actually going to rule the country as Queen.

Nate Moore’s comments to Yahoo! offer a peel behind the curtain of Black Panther: Wakanda Forever. Director/writer Ryan Coogler had to craft a new story after the death of Chadwick Boseman, which he described as the most difficult task of his professional life. And while the story of the sequel no doubt changed various times throughout its development, it looks like Shuri was the clear choice for T’Challa’s successor. And she made a pretty badass Black Panther in the movie’s final battle sequences.

As Nate Moore described, the internet had a few alternatives in mind as the next Black Panther besides Princess Shuri. Other choices included Lupita Nyong’o Nakia, Danai Gurira’s Okoye, and Winston Duke’s M’Baku. The latter character did end up getting a new leadership role in Wakanda, as we last saw him volunteering to battle for the title of King. It looks like he’ll be ruling Wakanda, while Shuri operates as the nation’s protector.

It should be fascinating to see what comes next for the characters of Black Panther: Wakanda Forever, given its various plot twists. Fans are eager to learn more about the Midnight Angels made up of Okoye and Aneka. Additionally, there was the mid-credits scene and the reveal that T’Challa and Nakia had a son. Is he meant to one day sit on the throne? Only time will tell, but I can’t imagine that M’Baku would be thrilled about that turn of events.

The next Marvel movie hitting theaters is Ant-Man and The Wasp: Quantumania on February 27th, 2023. In the meantime, check out the 2022 movie release dates to plan your next movie experience. Just don’t expect to see any Marvel or DC movies until the new year.