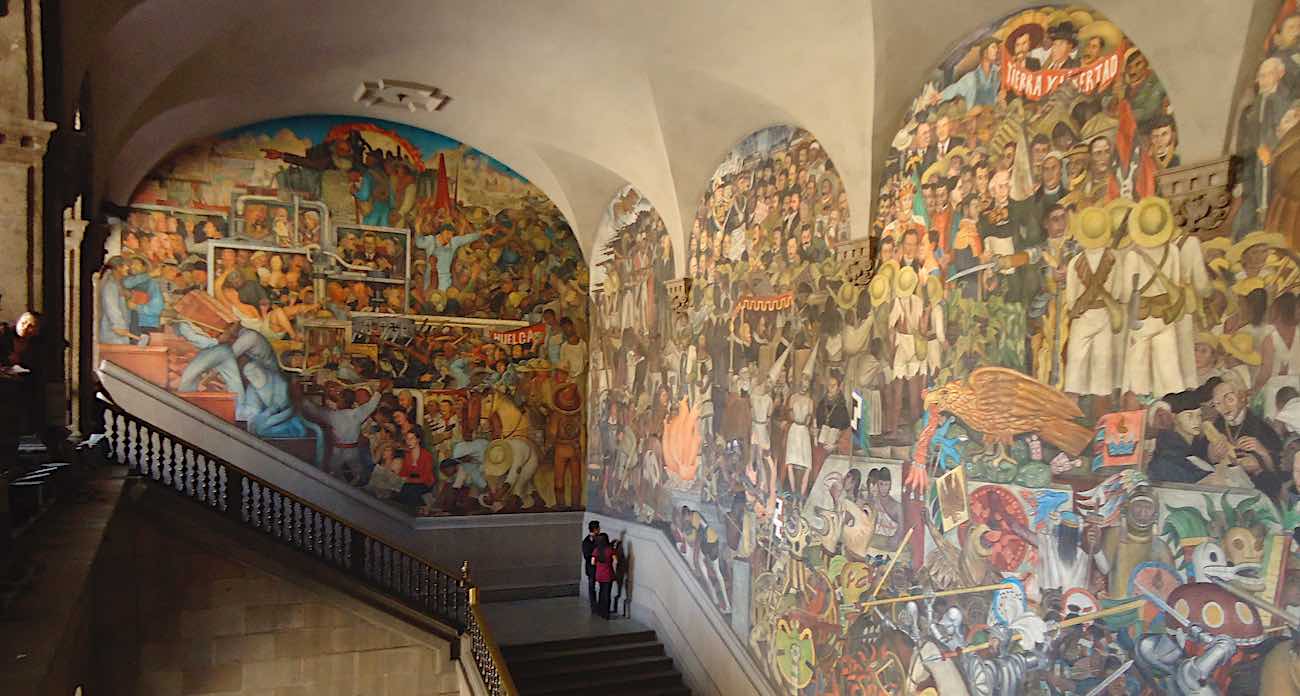 Diego Rivera created many masterpieces, but he envisioned a magnum opus that never came to be in his lifetime—a city of art, where Mexican practitioners of all ages and disciplines could come to study, showcase, and celebrate the art of their diverse cultural heritage.

Frida Kahlo’s husband and mentor, Rivera is famous for his use of Cubism in large public murals like The History of Mexico, The Allegory of California, and the Man at the Crossroads, commissioned by the Rockefellers—but it was after a long and storied career that he bought land in a suburb of Mexico City to built his utopian City of Art.

A 64,000 square-foot complex south of the capital, the City of Arts centers around an Aztec temple-inspired museum built of volcanic rock from Xitle Volcano which erupted in 400 B.C.—in which Rivera’s personal collection of more than 50,000 pre-Hispanic artifacts are housed.

In 1941, back from a trip to San Francisco, Rivera undertook the construction of the Anahuacalli Museum, which sought to generate continuity between modern art and pre-Columbian aesthetics.

MORE: Meet the Sustainable Alternative to Concrete that Caught the Eye of Dior and Louis Vuitton

Opened in 1964 as the centerpiece of his imagined City of Arts, it is now finally surrounded by 13 additional structures which were built over six years at a cost of more than a million dollars, completing Rivera’s original scheme.

The spaces include galleries, performance spaces, workshops ,and new offices, all built by one of Mexico City’s most-renowned architecture firms, Taller de Arquitectura, “to bring together the artist of the school and the academy with the potter, with the weaver, with the basket maker, with the stonemason, with everything that is a pure expression of the people of Mexico”, according to the Rivera’s own words.

“The idea is that, as in pre-Columbian cities, the buildings gradually connect and allow the relationship between the parts. The buildings are built of volcanic stone walls… [and] lattices; light atmospheres that already existed in Diego’s main building,” Mauricio Rocha, the chief architect behind the project, told El País. “In addition, with the new technologies that we use, it seems that the buildings sail in a kind of sea of ​​lava.”

The openings of the new areas, including the experimental space The Piedra, took place in October last year to coincide with the Day of the Dead festival, and hosted an earth festival that focused on pottery, and other outdoor installations and concerts.

PASS on the Culture—Share This Story From Mexico City…