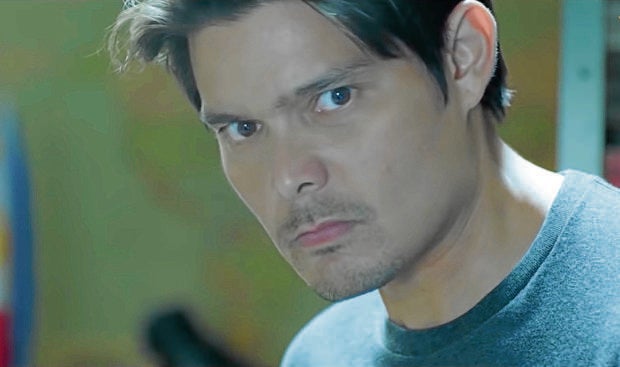 Dingdong Dantes in “A Hard Day”

The 47th edition of the Metro Manila Film Festival (MMFF) has as much cinematic triumphs as turkeys this year. For example, one of the eight entries was too dark we thought we were “watching” a radio serial unfold on the big screen. It made us wonder whose fault it was: the cinema chain’s projecting facility or the film itself? And that wasn’t even the worse thing about the aforementioned horror flick—because bad lighting was the least of its worries.

Another topic that needs to be addressed is the absence of long queues at the box office, although it’s an issue we need to put in perspective.

Of course there’s nothing as immersive as watching movies on the silver screen. But, despite the science-based moviegoing safety guidelines put into place by CEAP (Cinema Exhibitors Association of the Philippines), some people are still wary of staying in an enclosed space for two hours and taking the risk of catching the virus.

It also doesn’t help that watching movies—which used to be “the cheapest form of entertainment”—is no longer as affordable as it used to be: a regular ticket is now worth between P300 to P350. Result: poor ticket sales for the MMFF entries, even on opening day. A little birdie even told us that two of the eight entries didn’t have a single viewer during the first screening on Christmas Day.

Moreover, after almost two years since the pandemic-instigated shutdown of movie houses began in March last year, we’ve all gotten used to watching every single production on a computer monitor or on a smart TV screen.

But the industry has to start somewhere, so we commend the MMDA (Metropolitan Manila Development Authority) for its brave decision to resume in-person screenings for the splashy festival despite the odds. After all, even in the United States, it took a while for ticket sales to pick up after its cinema chains began reopening their doors to moviegoers last year.

For movie buffs who still prefer to watch movies on the big screen, three of the entries we eagerly recommend showcase award-worthy performances from its lead actors—namely Dingdong Dantes (for Lawrence Fajardo’s “A Hard Day”), Christian Bables (for Jun Robles Lana’s “Big Night!”) and Daniel Padilla (for Carlo Francisco Manatad’s “Whether the Weather is Fine”).

Dingdong provides the thespic spark that sets the screen ablaze in “A Hard Day”—no easy feat for any local adaptation of a movie based on an internationally acclaimed actioner by filmmaker Kim Seong-hun (“Kingdom”) and starring Lee Sun-kyun (“Parasite”).

As thematically gripping as it is entertaining, the combustible actioner follows the string of misadventures that befalls grieving police detective Edmund Villon (Dingdong) after he gets entangled in a hit-and-run case. But there’s more to the “accident” than meets the eye.

Daniel Padilla in “Whether the Weather is Fine”

The fast-paced, edge-of-your-seat thriller manages to put a distinctly Pinoy spin on the Korean procedural by bravely tackling the culture of corruption in our government while revealing a broader picture of impunity.

Dingdong imbues his character’s flaws and moral ambiguity with an all-too-humanizing glow that keeps viewers invested in his fate. It’s a memorable portrayal, up there with his delectable turns in “Seven Sundays” and “Sid & Aya: Not a Love Story,” made even more compelling by the exceptional John Arcilla, a force of nature as Ace Franco, the infuriating and terrifying cop who keeps Edmund’s nose to the grindstone.

While his deeply relevant film plays out its scenes with its tongue firmly in comedic cheek, Christian Bables nonetheless delivers a fully nuanced portrayal in “Big Night!”—a star-studded satire that demonstrates why the human rights violations committed in support of the Philippine government’s deadly war against drugs is no laughing matter.

As Dharna aka Panfilo Macaspac Jr., Christian immerses himself into the seedy and morally fractured world of the character he believably inhabits. He is a gay “parlorista” in hot pursuit of a “tokhang” watch list—randomly and irresponsibly put together—that includes his name.

Dharna must get a hold of it and convince barangay officials (Eugene Domingo, Janice de Belen and John Arcilla, in another scene-stealing role) to scratch his name off the list—before it gets handed over to the Philippine National Police for “necessary action”!

“Whether the Weather is Fine” (Kun Mapupay Man It Panahon) isn’t for everybody … and neither is it the usual comedy-or-horror fare MMFF moviegoers are used to patronizing.

However, the surreal but gorgeously photographed indie reaffirms the gravitas and uncommon depth we’ve seen in the mainstream rom-coms and romantic dramas Daniel had starred in with girlfriend Kathryn Bernardo.

As Miguel, the perpetually evolving matinee idol sees the lives of people going off the rails after a devastating typhoon beats Tacloban City to a pulp.

But just as he, his mother Norma (Charo Santos-Cocio) and his street-smart girlfriend Andrea (Rans Rifol) start to pick up the pieces, they’re warned against another storm that is set to hit Barangay San Jose and its neighboring areas.

Suddenly, getting on the boat that’s set to ferry Waray survivors to Manila becomes an urgent matter of life and death.

But Miguel is torn between rushing to the boat for safety and waiting for his headstrong mother to wrap up some “unfinished business”: She refuses to leave Tacloban without saying goodbye to Luis, the husband who had long abandoned them for another family!

Ever since we got wind of Manatad’s Locarno-winning feature film and saw its prologue “The Imminent Immanent” at the Tingin Asean fest early this year, we’ve always wondered about the decision to cast Charo in the unlikely role.

It’s a risky tack that beautifully pays off by boldly subverting conventional casting choices to cleverly utilize the actress’ larger-than-life essence and persona as a way to “explain” why Norma isn’t someone his son Miguel can easily leave behind. Charo wears Norma’s mannered soulfulness on her sleeve with grace and palpable vulnerability—a triumph of casting against type.

Back to Daniel, his growth-evincing feat deserves a pat on the back—as much for the crisp pertinence of the production’s themes as for the decision to use the actor’s mainstream credibility to draw attention to an advocacy he passionately believes in and an issue close to his heart.

As the film builds an atmosphere of increasing dread in a chaotic world that unravels into terrifying complexity, we also see Daniel oh-so-naturally eschewing melodrama for something more thoughtful and deeply provocative. INQ