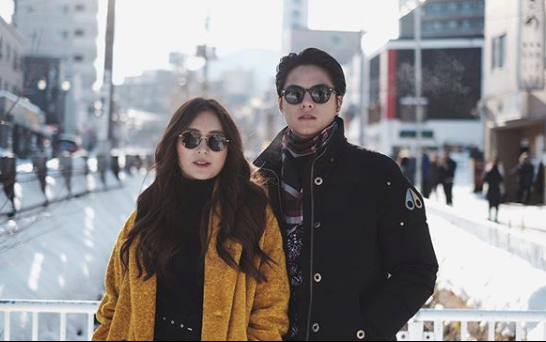 You can’t discuss the appeal of Kathryn Bernardo and Daniel Padilla, whether individually or as a love team, without acknowledging how big a part director Mae Cruz-Alviar plays in that equation. After all, the pretty director has seen how Kath and DJ have grown right before her very eyes.

Direk Mae jointly helmed “KathNiel’s” seven-in-one romantic anthology “24/7 in Love” many years ago, followed by the blockbuster likes of “Crazy Beautiful You” and “Can’t Help Falling in Love” on the big screen and “Pangako Sa ‘Yo” on the boob tube.

We enjoyed our short but sweet chat with Direk Mae, who turned out to be as affable and endearing as her unguarded, straightforward answers. This year, she reunites with DJ and Kath in their latest series on Netflix and free/pay TV, “2 Good 2 Be True,” and is mighty proud of how far they’ve come as performers.

Not your typical love story

“This isn’t just your typical love story,” the director told us when we spoke to her for this one-on-one chat. “The characters are more mature for both Kath and DJ. The fact that it’s airing on Netflix, there’s a lot of pressure that comes with that.

“That alone makes it different for all of us. It’s like leveling up [because this isn’t] what we’re used to doing. You’ll see how different their approach is to characterization and how that informs the story.”

The director has helmed projects top-billed by other popular tandems, like those starring Liza Soberano and Enrique Gil (“Everyday I Love You”), Sarah Geronimo and Gerald Anderson (“Catch Me … I’m in Love”) and Kim Chiu and Xian Lim (“Bride for Rent”).

Given her experience handling love teams, we asked Direk Mae to weigh in on the enduring appeal of KathNiel. What does she think sets the love team apart from other tandems?

“I think the reason why Kath and DJ are still together after 10 years in such a strong love team lies in the strength of their chemistry. Even if you know they’re partners onscreen and off, they know how to separate their real relationship from the roles they portray.

“When they transform into their characters, they become different persons — you don’t see Kath and DJ anymore — and that’s what makes their projects together memorable. Natatandaan pa ito ng mga tao up to now, from the way they handle their characters to the manner in which they treat each other.”

Our Q&A with Direk Mae

One of my favorite KathNiel movies is “Crazy Beautiful You,” because it shows Kath and DJ in a different light. Suddenly, they were no longer just a cute pair to watch. In your case, at which point during the shooting process do you know that it’s going to be a hit?

The fact na kinikilig ako sa kanila—that’s the first basis that tells a director if a scene works or if the characters are effective. You can gauge it yourself. I see them offscreen and I know them as Kath and DJ, but when I take a look at the monitor, I see how their characters come to life—kaya ako mismo, kinikilig. And this is what I usually do… I look around and see how other people on the set react to the scene.

Director Mae Cruz-Alviar during the interview

Not only that, you’ll see how charismatic they are when we still could shoot in public places [before the pandemic] … You will feel the excitement of the crowd… ang daming tao! And that’s when you say, “This love team will go a long way.”

The films and TV shows of ABS-CBN are seen in a lot of platforms … there are now too many to mention. In what way will its partnership with Netflix expand its reach?

We all know how wide the market of Netflix and the type of audience it caters to. It has a global reach and the name Netflix alone has that. While the project or its stars are already as big as they are, Netflix adds to the bigness and prestige, and contributes to the strength that the love team already has.

As a director, which is more satisfying or challenging to do—feature films or TV series?

I’m often asked this question. I think both. In feature films, you have to tell a story in just two hours. But in a series, a story takes on a long form—it goes on and on, so you have to be able to sustain the audience’s interest. So while each of them has its set of challenges, they’re both satisfying for me.

I remember watching your 2004 film “Bcuz of U,” whose cast included the popular love team of Sandara Park and Hero Angeles. How have you evolved as a filmmaker since then?

Wow. I think I evolved as a director because of the way I evolved as a person. “Bcuz of U” was eons ago—at neneng-nene pa ako nun (laughs) … I have gone through so much in life, and I think the stories that I have been telling reflect what I have been through. You’ll see how much I have changed because of the stories I tell. I have matured—or at least I’d like to think so (laughs).