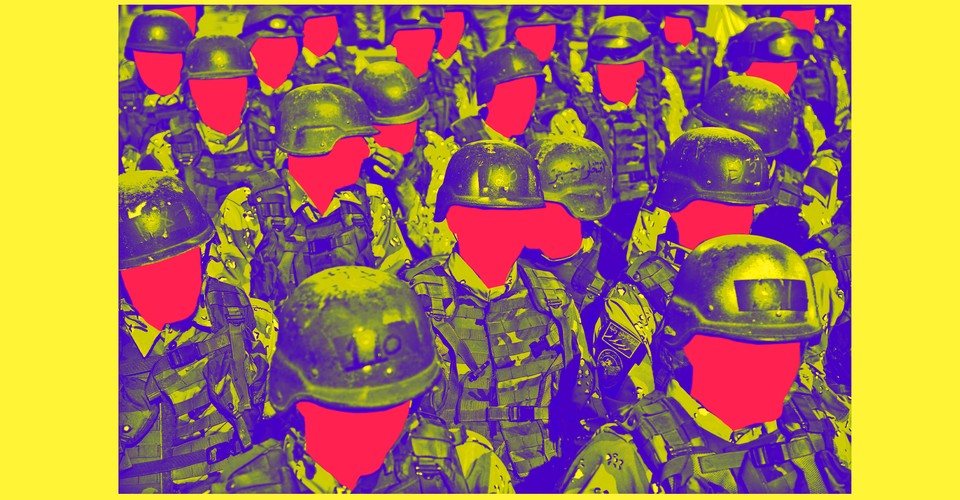 Veterans, journalists, human-rights groups, and ordinary Americans had for months urged President Joe Biden to develop and implement a serious plan to protect and relocate our allies before the United States withdrew its forces from Afghanistan. This summer, I wrote privately to members of his administration on this issue. Now the situation has reached a crucial juncture. In the coming hours and days, the most profound decisions that will determine the fate of thousands of Afghan women and men, who for two decades served alongside Americans, must—and will—be made by our president. That is why I am writing to him directly.

I am a former enlisted Army Ranger. As a team and squad leader, I deployed to Afghanistan, where I led Rangers in combat against the Taliban, al-Qaeda, and ISIS. On each of my deployments, I worked alongside Afghan interpreters, special forces, and female soldiers. They were crucial to our mission, and now they are in particular peril.

I implore you to move heaven and Earth to airlift every last one of these allies out of harm’s way.

The situation at the Kabul airport is grim, and I am exasperated and ashamed by your administration’s failure thus far to live up to the promises that you made, just last month, to keep these Afghans safe.

But it is not too late to do the right thing. We should evacuate these Afghans allies because, just as they are the protagonists of the tragedy afflicting their country, they are men and women worthy of our gratitude, loyalty, and protection. But I hope this letter can help you understand that what the United States does under your leadership in the next few days will also leave a permanent imprint on veterans for decades to come.

I know you are the proud father of a veteran, and that you have long seen this war through the eyes of a parent who knows the sleepless nights associated with having a son or daughter overseas. And you know that war leaves traces on us daughters and sons, long after we have safely returned home. To fail these Afghan interpreters, soldiers, and their families would not simply be a moral and strategic disaster. It would rob many of us veterans of any measure of personal honor, and consign us to years of additional moral and psychic pain. To fail these Afghan allies would be to fail us.

The Afghans now under threat are not nameless, faceless entries in a visa-application log. We know them, personally. We are in contact with them now, receiving their frantic, terrified text messages after their homes are searched by the Taliban. Each report of a new execution fills me and others with shame. These Afghans made commitments to us that we—through our country, which we so believed in—have not upheld in return. This is inescapably personal: These Afghans and their families are being hunted down not just because they worked with the U.S., but because they worked with us.

If they are abandoned to their death, it will make so many of the memories we have carried home from their country haunting. We remember the stories they told of their families, and their beaming faces when they showed us photos of their children. We hear their voices throughout our day—in the recollections of the quiet downtime between missions, and in the replays of nighttime raids that come back to us unbidden. If these people are left to perish, they will exist in our memories as ghosts, adding to the toll on mind and soul that many veterans already feel.

It would be a particularly sad irony if, in trying to remove the United States from the war, your administration added further to the burden carried by the relatively few Americans who fought in it.

I suspect that the threat to our personal sense of honor is one reason this issue is unifying within the veteran community, across parties and spectrums. I voted for you; my best friend in the Rangers voted for Donald Trump. But when you promised to relocate all Afghan allies to safety, he texted the story to a group of my platoon mates. “Great news,” he said. Everyone agreed.

You can still fulfill that promise, but you must commit every available resource to this effort. As is the American way, military and diplomatic staff are working heroically under chaotic conditions. But planes are leaving the airport half full. Americans and Afghans that have passed through Taliban lines and reached the airport encounter dysfunction at the American-run gates and an unsafe environment around them. Many have been stuck outside the airport’s clogged gates for days without enough food and water. They need safe areas to move, gather, and be screened for evacuation. Fix this. The troops you sent to accomplish the mission of evacuating our allies deserve more than to be brought home remembering the tearful faces of the Afghans they had neither the authority nor resources to save.

Do not abandon the Afghans you pledged to rescue on Monday. Do not withdraw after evacuating Americans. Stay until we have evacuated our most steadfast allies—including the Afghan men and women I went on missions with—who do not qualify for Special Immigrant Visas. Rescue the most vulnerable Afghans—including the women leaders, aid workers, university teachers, students, and activists—who joined America’s project and, in doing so, literally bet their lives on us. Airlift them to safe shores. Facilitate the charter flights being organized by private American citizens to rescue them. If you grant them humanitarian parole, some Afghans can come to America for processing without a visa, and numerous other countries have said they are ready to accommodate individuals while their cases are being adjudicated.

A few days before you made your promise to relocate Afghan allies, I spent the Fourth of July at the beach with my wife and friends. I’m lucky. By chance, our route home took us past Dover Air Force Base. Through the fence, I could see the runways where my teammates were delivered home in caskets. I imagined their broken families waiting patiently in the nearby hangars for their son and husband to be rolled off the back of the plane, beneath our flag. I imagined one of my friends walking patiently behind the coffin, having kept his comrade company on the multiday journey back to American soil. For the next couple of hours of my drive, I was thrust back into the ongoing debate in my mind about whether our service—and the loss of teammates, American and Afghan—was all a waste.

Hundreds of thousands of veterans will spend the rest of their life grappling with this question. At the very least, I hope that we’ll be able to feel as if our country exited honorably, with our commitments to our allies intact. But we will be deprived of even that if you abandon the Afghans who went out on missions with us. Please do not leave them to die.