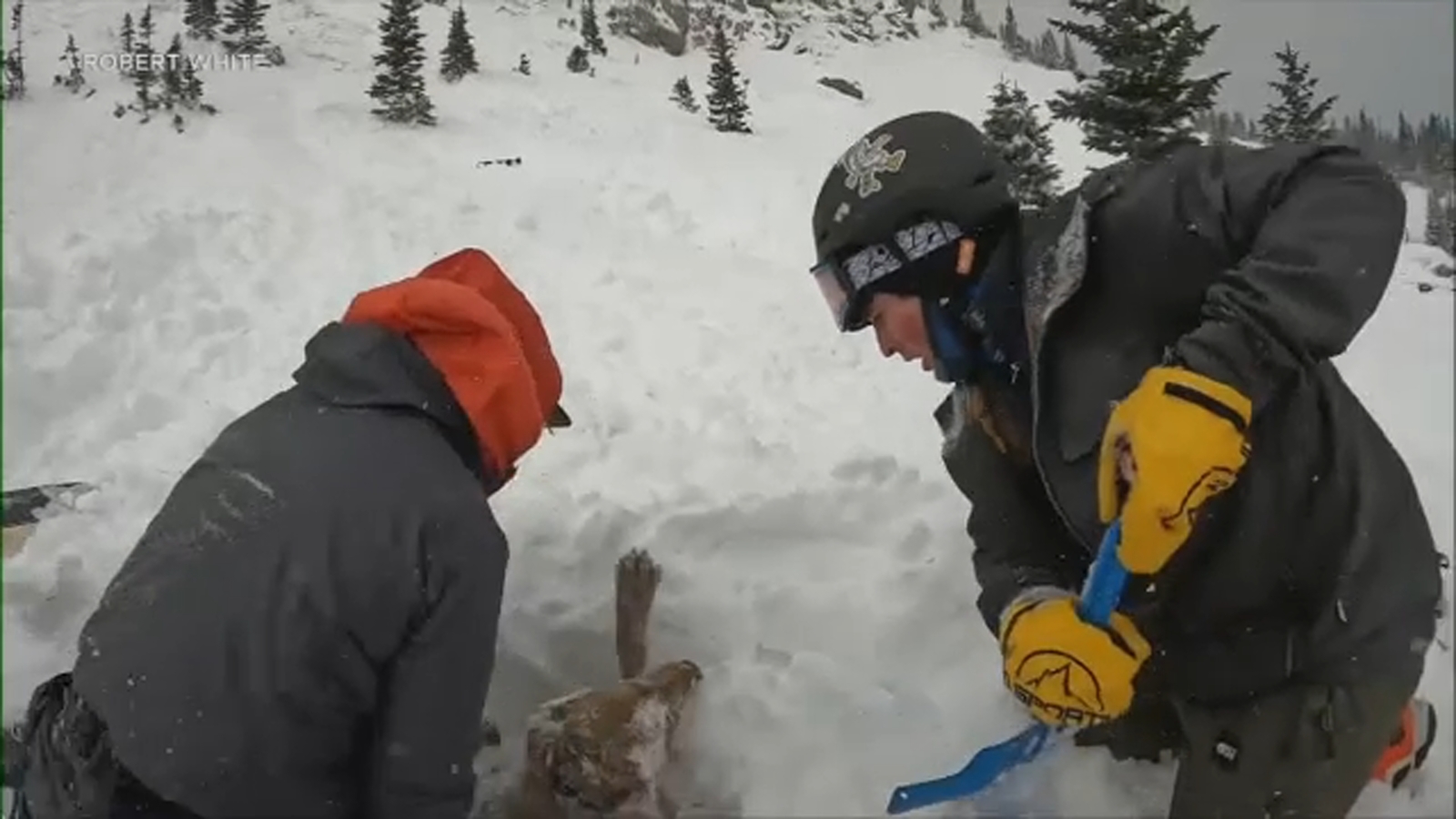 Dramatic video captured the moment a dog was rescued after being swept away by an avalanche and buried in snow in Colorado.

The dog, named Apollo, actually triggered the slide and wound up being swept over a cliff and through several trees before disappearing into the sea of snow.

Nearby skiers joined the search for the dog across the debris field that was 300 feet long and 50 feet wide. They used probe polls and poked through the snow in the hopes of locating the buried dog.

After more than 20 minutes, one of them found the dog and others joined in to dig Apollo out.

Apollo’s owners called the rescuers heroes and told ABC News the dog appeared to be fine, other than an injured leg.