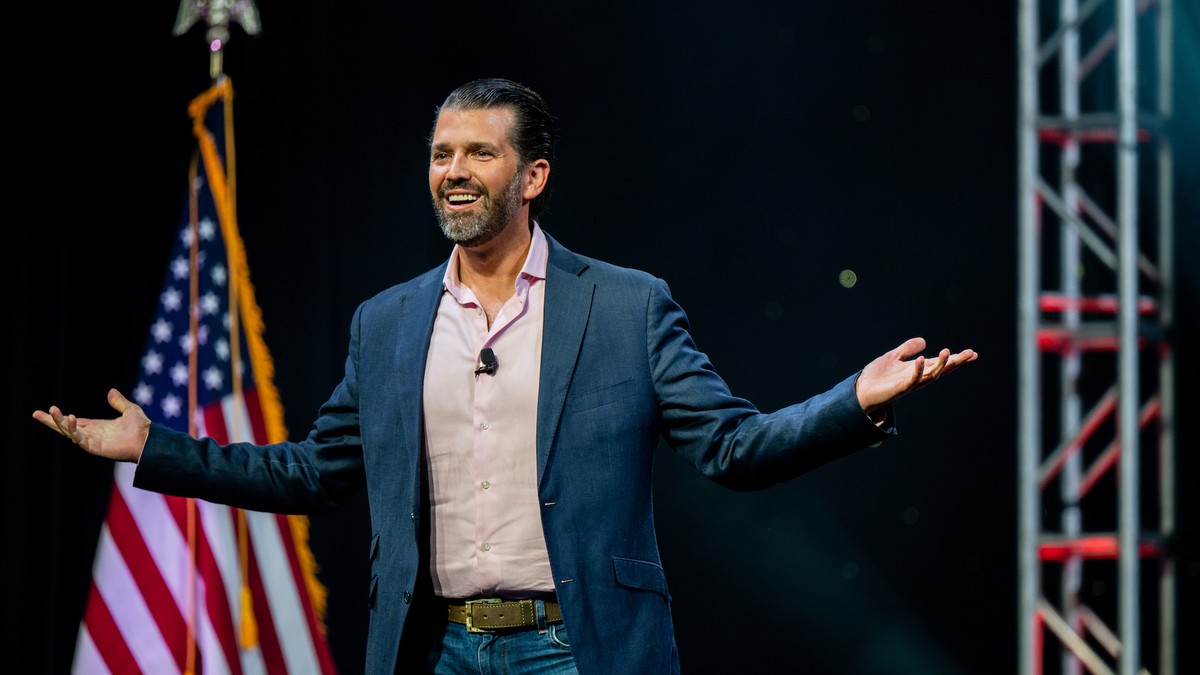 Donald Trump Jr., executive vice president of development and acquisitions for Trump Organization inc., speaks during the American Freedom Tour at the Austin Convention Center on May 14, 2022 in Austin, Texas. (Photo by Brandon Bell/Getty Images)

Don Jr. may have been put in charge of running his dad’s family business after former President Donald Trump entered the White House.

But don’t ask him how business accounting works. He swears, under oath, that he has basically no idea, aside from what he learned in “Accounting 101 at Wharton,” according to a judicial ruling released on Thursday.

Trump’s eldest son said in a sworn deposition that he has next to no understanding of the Generally Accepted Accounting Principles, or GAAP,  the accounting standard adopted by the U.S. Securities and Exchange Commission, according to the document.

Don Jr.’s self-declared ignorance helped create a problem for Trump’s company on Thursday, when his statements were cited in support of a decision handed down by New York Supreme Court Judge Arthur Engoron to place Trump’s firm under the close supervision of an independent monitor.

James slapped Trump’s company with a $250 million lawsuit earlier this year, accusing the company of artificially inflating the value of Trump’s assets as reflected on Trump’s statements of financial condition. Trump has denied the accusation, and accused James of pursuing the lawsuit out of pure partisan bias.

Don Jr., however, testified that he doesn’t know much about American accounting standards in the first place.

Don Jr. stated that he “had no knowledge as [GAAP] relates to what it was for, for the Statement of Financial Condition or not,” according to an excerpt included in Engoron’s order.

Engoron said this lack of understanding meant Don Jr. may not have understood what he was signing when he penned his name to documents prepared by Trump’s accounting company, Mazars.

“At a minimum, Donald Trump Jr. signed off on representations to Mazars without performing the due diligence necessary to ensure their accuracy or compliance with GAAP, raising serious doubt as to the reliability of future [statements of financial condition] for which Donald Trump Jr. may be responsible,” Engoron wrote.

The judge noted that Don Jr. claimed he signed off on the statements of financial condition despite later testifying he “had no real involvement” in their preparation. Don Jr. also claimed he didn’t “really remember ever working on it with anyone.”

There is further evidence to suggest Don Jr. may have lied about withholding important information, the judge concluded, after reviewing the voluminous evidence presented by the New York Attorney General’s office.

“Furthermore, the record is replete with evidence that Donald Trump Jr.’s statement that ‘we’ have not knowingly withheld pertinent information is blatantly false,” the judge wrote.