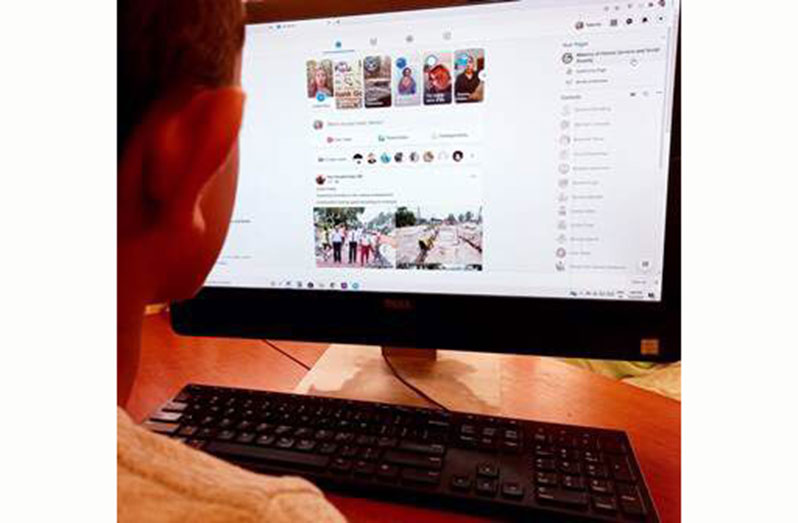 HAVE you ever told yourself that you just needed five minutes to check your Facebook account, perhaps for work; but then one-hour later, you’re still browsing on the site and have not actually done the one thing you went there to do in the first place? You’re not alone, and such scenarios are not limited to just Facebook; social media platforms seem to be designed to to keep us glued to our screens, no matter how well-intentioned we are about maintaining brief usage. But, eventually a time comes when we must ask ourselves: just how do we draw the line and not allow ourselves to be overly consumed?

That may be the hardest question for some, and even if we have some answers, it speaks truth into the saying, “easier said than done.”
For one thing, it calls for a determined, conscientious effort not to be sucked into the habit of spending hours on social media. This means that a careful, deliberate attempt would have to be made to limit just how much time is being spent behind the screen.
So, the first step seems to be determining how much time you want to spend on the apps per day and also what time of day you would spend such time. This would allow for you to complete other important, pressing tasks that otherwise would become backed up with those of the next day.
You may not know it, but Facebook has a setting that allows you to be notified when the timing you’ve set for yourself has expired. For example, if you fix the setting to allow for you to use the app for one hour a day, Facebook will alert you when that hour has been completed. You will only get the notification when all 60 minutes would’ve been completed, so that you could be browsing Facebook at different times of the day within that specified one hour.

Another way to control your use of social media might be to download the app on only one device. For instance, if you have the app on your desktop computer only, then you would not be tempted to go on it when you’re using your phone, or your tablet, or laptop. But imagine the enticement if you make the apps available on all of your devices! Obviously, you’d be inclined to use them, unless you’ve really mastered the art of self-discipline.
What also helps at times is to turn off your Wi-Fi or data on your phones. This way, you’ve decided mentally that you’re not interested in whatever is happening on social media during the time that you’re offline.
Often times than not, for some reason, people feel that the world will end if they’re not among the first persons to hear of something. Don’t always be like those people; every once in a while, turn off internet access and spend some time with your family, or a friend, or with yourself! Perhaps going for a drive, or a walk around the block. This would do much more for your mental health than being glued to a social media app. In fact, research points to the fact that too much social media time can have negative effects on one’s mental health.
According to an article on Healthline, a new study shows that there is a causal link between the use of social media and negative effects on well-being, primarily depression and loneliness. The study was published in the Journal of Social and Clinical Psychology.
On December 1, 2021, the World Health Organisation published an article that said misinformation during the COVID-19 pandemic, as amplified on social media and other digital platforms, is proving to be as much “a threat to global public health as the virus itself.”