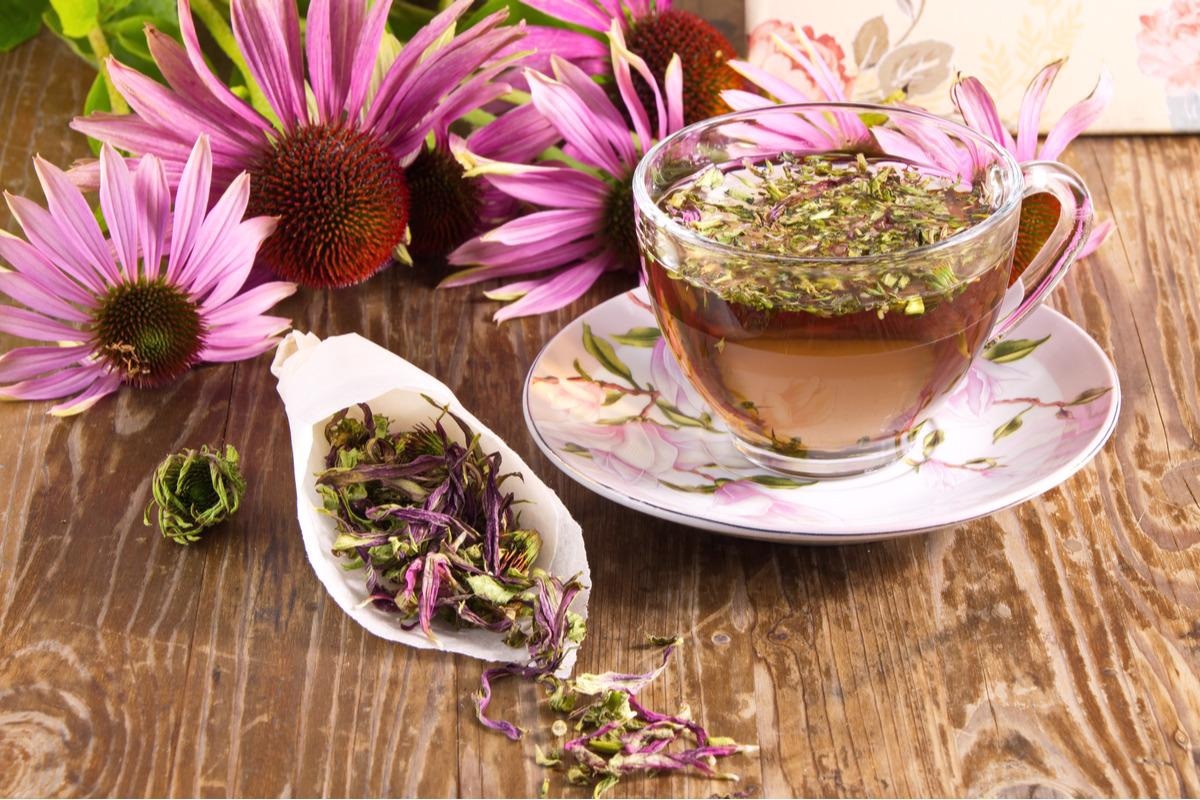 The spread of infections from animals to humans is referred to as zoonosis. Earlier zoonotic episodes include the transmission of Yersinia pestis (plague) from a rodent flea or Ebola spreading from apes to humans, resulting in millions of deaths in Europe and Africa.

Respiratory viruses such as influenza have been detected crossing species boundaries from animals to people on several occasions, resulting in catastrophic illness outbreaks such as the Spanish (H1N1), Asian (H2N2), or Hong Kong (H3N2) flu epidemics, as well as the more recent avian H5N1 flu epidemic.

Rather than pure immunological activation, echinacea extracts alter the immune system in a way that is best defined as adaptive immune regulation. Echinacea lowered the expression of the inflammatory cytokines tumor necrosis factor TNF-α and interleukin IL-1-β by up to 24% and elevated the anti-inflammatory cytokine IL-10 when compared to baseline.

In addition, the synthesis of the immune-response modifying and antiviral interferon IFN-ϒ increased by up to 50%.

Several of these bioactive N-alkylamides have structural similarities to endocannabinoids, which have an anti-inflammatory effect on the cytokine milieu at low nanomolar concentrations. Activation of the ECS during COVID-19 progression could be a new way to combat systemic inflammation and the cytokine storm. The goal of this review, which was carried out by a group of researchers from a variety of multi-national institutions, was to find clinical studies evaluating coronavirus infections in the context of Echinacea administration and to assess preventive and therapy advantages.

The initial clinical study was conducted as a double-blinded, placebo-controlled, monocentric randomized control trial (RCT) at Cardiff University in the United Kingdom. Participants aged 18 and above from Cardiff, Wales, were asked to apply a 3 x 0.9 mL solution daily for four months. A commercial preparation, standardized to contain 5 mg/100 g of dodecatetraenoic acid isobutylamide based on high-performance liquid chromatography measurements, was used to extract the hydro-ethanolic extract from freshly harvested aerial parts of Echinacea purpurea to 95% supplemented with 5% Echinacea purpurea roots extract.

The odds of getting coronavirus infection were identical to the overall results for cumulated enveloped viruses, with OR = 0.63. In a group of patients who had actively used their patient diary to report adverse events and/or cold-related symptoms, the prevention effects on coronaviruses were statistically significant. Echinacea had a 5.5% overall incidence rate compared to 14.6% for placebo.

The same Echinacea extract packaged in tablets was given to children aged 4 to 12 years old residing in central Switzerland in a second blinded, multi-center RCT. As a control, the scientists used a low-dose vitamin C 3 x of 50 mg/d. The commercial product was a child Echinacea formulation with a daily dosing recommendation of 1200 mg for children over the age of four. In the winter of 2016/17, 203 mostly healthy youngsters were participated in this study, with N = 103 receiving Echinacea 3 400 mg/d and N = 98 receiving Vitamin C 3 x 50 mg/d.

Two CoV episodes pre-existed in each group at the time of inclusion, therefore they were used to assess treatment benefits rather than prevention. Cycle threshold (Ct) values for separate incidence tests were calculated in this investigation, evaluating the number of RNA copies as a measure of virus concentration in the nasopharyngeal sample.

The lower the viral load reflected by the sample’s RNA level, the higher the Ct-value. Echinacea boosted the average Ct-value by 6.1 Ct units from 25.0 to 31.1, showing a considerable reduction in coronavirus concentration of -1.81 log or 98.5% when compared to the control. For variants NL63 and OC43, Ct values of 5.53 and 11.92 were reported, resulting in a virus log reduction of 1.67 and 3.59, respectively, corresponding to an absolute virus reduction of 97.8% and 99.97%.

Echinacea purpurea (L.) Moench extracts have been shown to have direct antiviral efficacy against a variety of respiratory infections, including coronaviruses. This extract promotes the tonic synthesis of IFN-ϒ and inhibits the production of inflammatory cytokines such as TNF-α.

In adults and children, two RCTs utilizing phytopharmaceutical formulations of this extract show excellent protection against enveloped viruses, including coronaviruses. Preliminary published clinical results on SARS-CoV-2 may provide even more evidence that Echinacea can be used to combat this particular coronavirus.