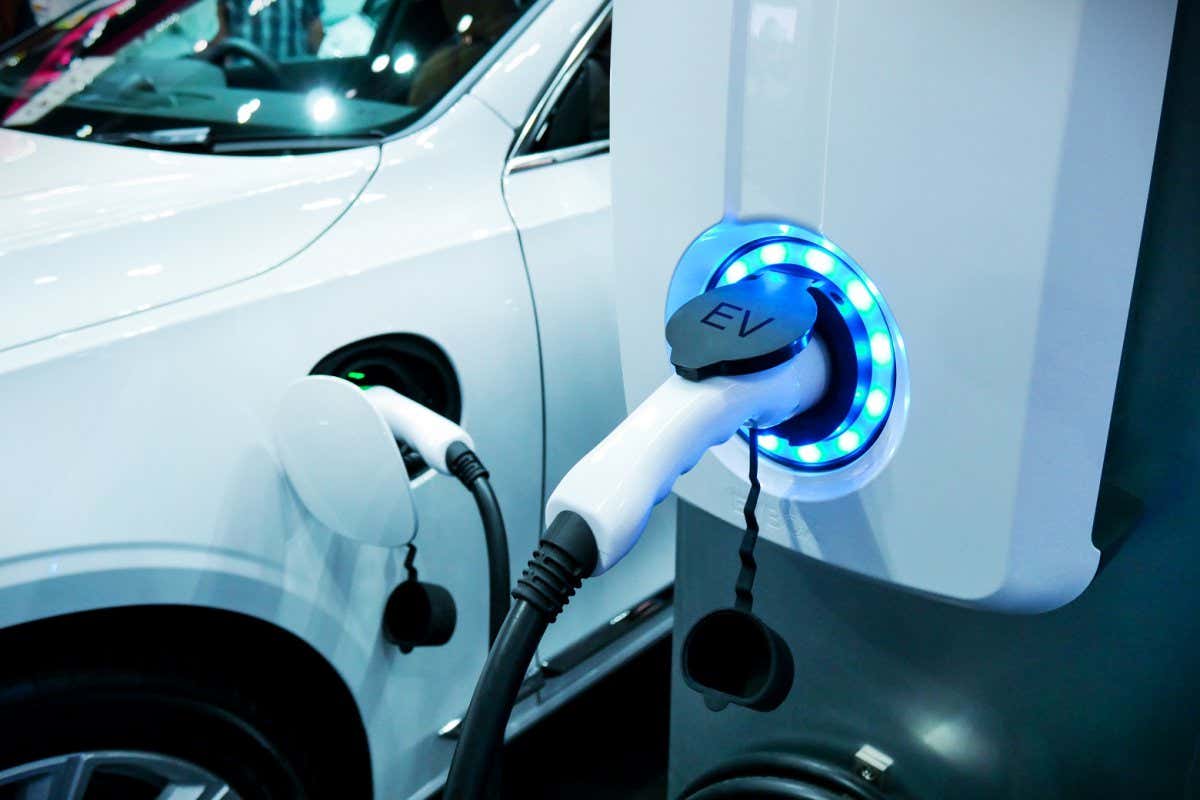 A modification to the way electric cars are charged could allow them to get 90 per cent battery from nothing in just 10 minutes. A standard approach would take half an hour

Tweaking the way electric vehicle batteries are charged could make it possible to hit 90 per cent charge within just 10 minutes from empty. By comparison, current methods usually require half an hour to fully charge an electric vehicle.

A standard charging protocol usually starts at low power and ramps up, but then starts lowering the power again at 60 or 70 percent battery charge to avoid unnecessary stress on the battery, says Gil Tal at the University of California, Davis, who wasn’t involved with the study. “What [these researchers] are trying to do is to optimise this curve to get more time with higher power,” says Tal.

Eric Dufek at the Idaho National Laboratory and his colleagues deployed artificially intelligent algorithms to look at how changing factors such as current and voltage impacts battery ageing over time. “You can do things like ramping voltage, or sequentially decreasing what the voltage or current looks like,” says Dufek.

Using computer models and verifying the results on actual batteries, the team came up with a new charging protocol that can charge a standard electric vehicle battery from zero to 90 per cent in 10 minutes, while protecting the battery’s long-term health.

Fast charging and battery health is a balancing act, says Feng Lin at Virginia Tech, not involved with the work. He compares it to people squeezing through a door. “If all 100 people rush into the room, we’re going to get stuck and we don’t get as many people into the room within that short amount of time, so you get lower capacity with fast charging. There is also a chance that when you rush so many people into a room, the door might be broken, so the battery materials can potentially be damaged.”

Much of what has been learned so far about the improved protocol will be applicable for many of the different types of battery used in electric vehicles, because the basic chemistry underlying lithium-based batteries is the same, says Dufek. But each company would still need to adjust the protocol based on their specific battery pack designs.

The protocol could be implemented by updating the software in cars that controls electric vehicle charging. “What makes it really great is that it’s improvement with no cost,” says Tal. “With the existing infrastructure and existing technology, you can get some improvement.”

But even the most optimised charging protocols will not be the main factor that enables extreme fast charging for most vehicles, says Tal. He expects the biggest improvements in vehicle charging times to come from new battery chemistries, bigger battery designs and faster charging station technology, along with car companies enhancing their battery pack designs.

The work was presented at the American Chemical Society Fall 2022 meeting in August.