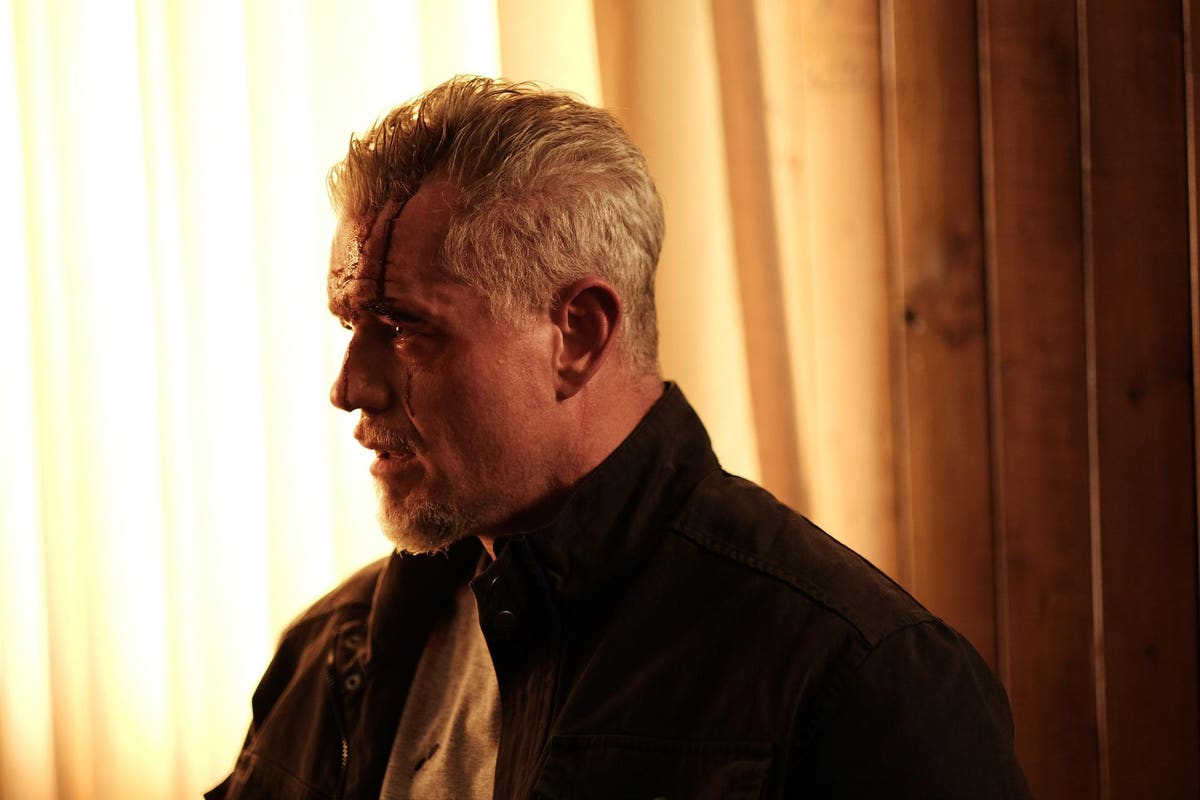 But Cal’s budding, tender romance with his best bro is interrupted by a fateful phone call, with Marsha informing him that she is pregnant; Cal reluctantly steps up to be a father, while mourning the loss of a potentially bright future. Of course, we know how much of a dreadful dad, control freak, and generally awful human Cal ends up being, but it’s interesting to see the vulnerable side to such an intimidating character.

Next, yet another scene of Rue blissfully out of her mind on drugs, deliriously dancing out in the open, having guilted her sister into accepting that she needs to smoke “some weed” once in a while, to prevent her “panic attacks.” Rue’s new deceit is depicted through the lens of her imagination, in which Rue is an experienced professor, teaching a class on how to be a successful drug addict. Although, it’s obvious how much it pains her to lie to her sweet little sister.

Rue’s new “weed” habit gives the teenager a great excuse to be permanently intoxicated, while writing it off as being a silly stoner, in a hilarious montage of slip-ups and hiccups. But there’s only so far one can stretch out a weed high; if her friends don’t already suspect the truth, they’ll figure it out soon enough.

The rest of the episode feels uncharacteristically slow, dragging out the relationship problems of Jules and Rue, while again emphasizing Lexi’s inability to take control over her life – that being said, the latter is depicted in another interesting fantasy, showing Lexi directing the story of her life, which inspires her to write her own school play to compete with the endless tedium of Oklahoma!

While Lexi strives to take control, her sister Cassie spends several hours a day squeezing, stretching and mostuzing her skin, to the point of oil overdose, making sure her hair, makeup and outfit are perfectly composed, all in the hope of securing a single admiring glance from Nate, who refuses to acknowledge her existence while at school.

Of course, the two meet up regularly to have loud, steamy sex sessions, in which Nate never seems to say a word to Cassie that isn’t incredibly derogatory; he never lets her forget her big betrayal. Poor Cassie is addicted to his twisted form of affection, and the pressure is starting to eat her up on the inside, in stark contrast to her polished appearance.

Cassie almost reaches breaking point when a student mistakes her outfit for an Oklahoma! audition, leading to Cassie, completely unprompted, shrieking out the details of her sordid affair to her friends in the bathroom, a tense moment of release that only occurs inside Cassie’s mind.

But Nate, it seems, still pines for Maddy, as we see him enter her house, bouquet of flowers in hand. Watching Maddy open her door feels akin to a hot-blooded virgin inviting a vampire to their abode; something dark and dreadful is sure to follow. But does Nate actually want Maddy, or does he want the underage sex tape, starring dear old dad?

Meanwhile, Jules, Rue and Elliot have formed a tight friendship, taunt with sexual tension, simmering, unexpectedly, between Elliot and Jules. For Elliot has figured out that Rue isn’t a particularly sexual person – it makes sense why the two haven’t succumbed to their hormones yet, despite having taken so many inhibition-dissolving substances together. Clearly, Rue prefers unnatural highs, acrid chemicals over sweet endorphins.

It isn’t quite clear if Elliot is being horribly manipulative, or brutally honest, as he barrages Jules with compliments, clearly crushing on her. It’s a plot twist in the love triangle, as he and Rue seemed to have genuine chemistry, beyond their shared passion for substance abuse.

Emboldened by her lies, Rue is falling into depravity fast, now with ambitions to deal drugs, in order to pay for more drugs. Seeing as Fez (understandably) doesn’t even want to hear her crazy scheme, Rue turns to the deeply sinister, amusingly understated teacher-turned-kingpin, Laurie.

Laurie is impressed by Rue’s idea, which is to blackmail three innocent schoolgirls into becoming dedicated dealers, apparently. Before she leaves, Laurie warns to never betray her, or she’ll send some “sick people” after Rue. The warning is all the more menacing through Laurie’s pokerfaced, deadpan delivery – this woman isn’t the type to exaggerate.

The highlight of the episode, however, comes after Cal makes the panicked decision to retrieve his sex tape, which he believes is in Fez’s house, because that’s what Nate told him. Cal soon finds himself on the brink of brain damage, as the merciless Ash repeatedly cracks his head with a shotgun, daring Cal to call the police – rather helpfully, he even offers the man his phone.

Ash has brutally called Cal’s bluff, so Cal is forced to explain what he really wants. What follows might be the darkest comedy of the show so far, as Fez listens to Cal confess to his crime, involving a girl that Nate also has feelings for, sparking some unsettling father-son connections in Fez’s mind.

Of course, Fez is in complete disbelief that Cal would admit to having sex with a teenager (not to mention, recording it), and horrified that he has to be the one to hear about it. Fez is such a wonderful character, the ever-reluctant introvert who just wants to sell his drugs in peace, without being suckered into stupid schemes and the sexual escapades of strangers, but the dude is destined to spend his days being drawn into ridiculous, deeply unnecessary drama, and it never stops being hilarious.

After the two finally realize that Cal has the wrong house, Cal humbly asks if he can simply leave. Fez agrees, on the condition that Cal keeps his sociopathic son in check; surely, we’re going to see some sparks fly between the two very soon. Nate’s lie hasn’t just humiliated Cal beyond belief – it also armed Fez with Cal’s deepest, darkest secret.

While this episode was a little slow, even stagnant at times, the new twists in Rue, Nate, Cal and Fez’s stories are very promising indeed; it’s all destined to go horribly, deliciously wrong.

Check out my recap of the previous episode of Euphoria here