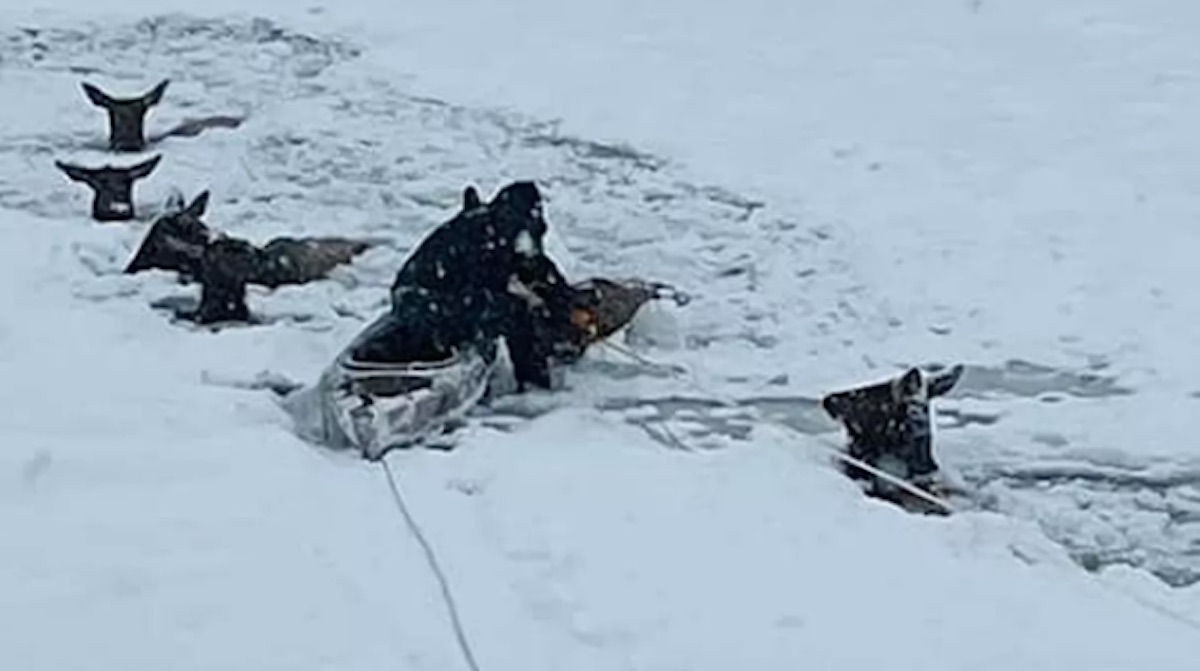 More than two dozen people gave up many hours of warm festivities at their homes on Christmas Eve to rescue six elk that were trapped in the ice.

Most of a large herd of elk had made it across the river safely, but 12 had fallen through the ice on the Kettle River near Barstow, Washington.

Rylee Stuart’s husband grabbed a kayak and rallied friends to go back to the scene where he first saw the animals struggling that morning.

“When we got up there, there was a group of people,” Stuart told KXLY-TV Channel 4 News in Spokane.

Someone had reportedly called the Washington Fish and Game commission for assistance and were told the agency would just ‘let nature take its course’.

These hunters and their families, however, dragged one of the giant animals to shore by hand, then utilized the help of a winch, a 4×4 truck, and plenty of rope, to rescue others.

Half of the 12 animals died but six were saved. One calf was ‘holding on’ after being cradled in blankets by one of the men alongside the river.

“All the women there laid with this last calf…and cried with it, and it kept showing a little bit of improvement,” Stuart said, “until it finally was able to walk.”

LOOK: Wildlife Officers Finally Figure Out How to Remove Tire That Was Around an Elk’s Neck

She said spending Christmas Eve on the frigid river rescue with her family was unforgettable.

“I would do it again in a heart beat,” she vowed.