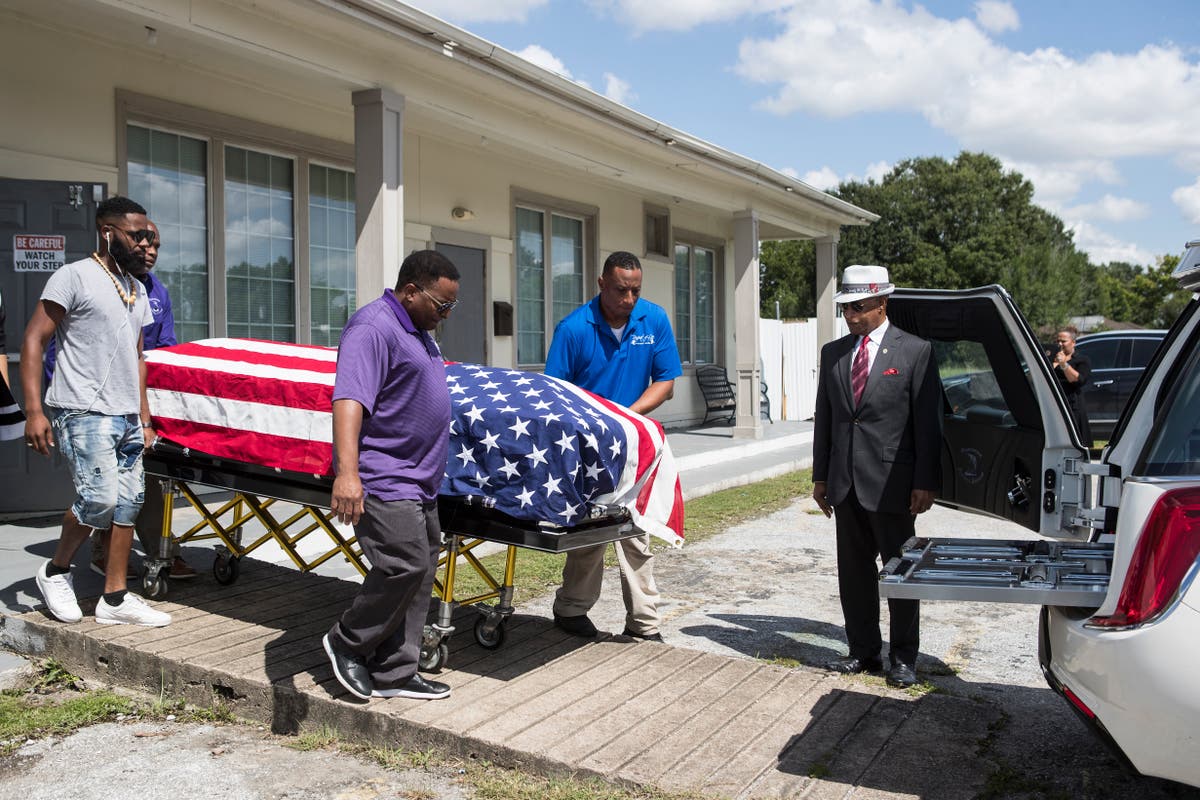 Family and friends of a New Orleans police officer who was shot and killed during a restaurant holdup while vacationing with friends in Houston are gathering Friday to remember him.

Officer Everett Briscoe, a 13-year veteran of the force, was dining in the patio area of a Houston restaurant on Saturday with a friend when two men with guns approached diners and demanded their belongings.

Patrons were cooperating with the gunmen, witnesses told police, until one of the suspects fired shots before they fled. Briscoe was killed and his friend, Dyrin “DJ” Riculfy, was critically wounded.

A public viewing for Briscoe will be held from 2 p.m. to 7 p.m. Friday at the Mahalia Jackson Theater, the New Orleans City Council said. A funeral service is planned Saturday at the Xavier University Convocation Center. Viewing Saturday begins at 8 a.m. and the service begins at 11 a.m. According to the announcement, those who show up will need to show a proof of vaccination against the coronavirus or a negative test.

A reward of $100,000 has been offered to find the shooters, according to WWL-TV. Both Briscoe and Riculfy were members of the Zulu Social Aid & Pleasure Club and were taking the trip with club members club, The Times-Picayune / The New Orleans Advocate reported.

Briscoe’s death has led to an outpouring of sorrow among those who knew him. During a news conference earlier this week to discuss the case, a visibly distraught Police Superintendent Shaun Ferguson spoke about how Briscoe was planning to get a criminal justice degree at Southern University of New Orleans, in part to set an example for his eldest son about the value of education.

Briscoe leaves behind a wife and two children.