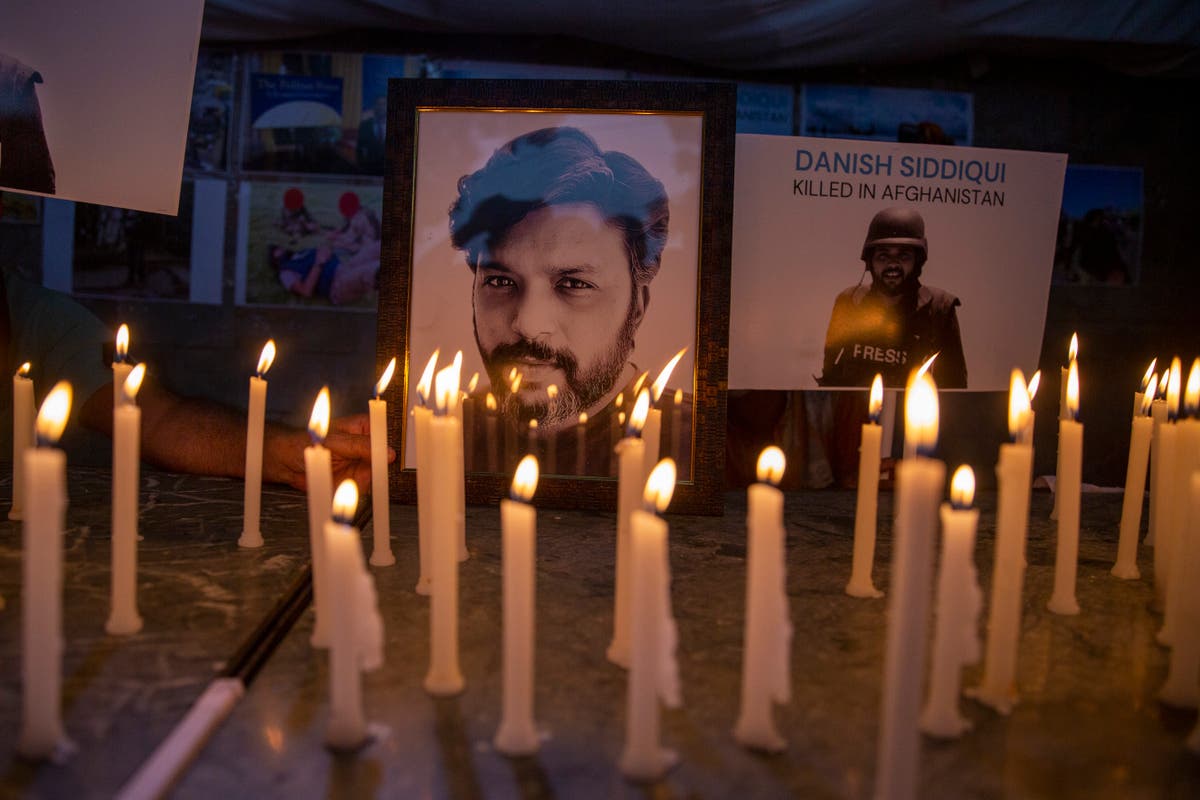 The household of a Pulitzer Prize-winning Indian photographer who was killed in Afghanistan final yr filed a proper grievance with the International Criminal Court on Tuesday to research his killing and produce to trial the Taliban’s prime management for “committing war crimes.”

Siddiqui labored for the Reuters information service and was embedded with Afghan particular forces in July final yr when he was killed because the commando unit battled for management of the Spin Boldak crossing, on the border between southern Afghanistan and Pakistan.

The household’s grievance cites a number of media stories, together with from Reuters, that say Siddiqui was captured by the Taliban and later executed. The grievance additionally says his physique was mutilated whereas within the custody of the group.

A Taliban spokesperson final yr had denied that Siddiqui was killed by the group and that his physique was mutilated of their custody.

Lawyer Avi Singh, who’s representing Siddiqui’s household, mentioned the grievance seeks to convey to e-book a minimum of six high-ranking Taliban leaders and high-level commanders for warfare crimes and crimes towards humanity. He mentioned the grievance has been despatched to ICC Prosecutor Karim Khan and its Victims and Witnesses Unit on behalf of Siddiqui’s mother and father.

“The Taliban targeted and killed Danish because he was a journalist and an Indian. That is an international crime. In the absence of rule of law in Afghanistan, the ICC has jurisdiction to investigate and try the perpetrators of Danish’s murder,” mentioned Singh.

He mentioned the household may even search the Indian authorities’s help for an impartial and neutral investigation into Siddiqui’s killing.

India is just not a signatory to the Rome Statute, the treaty that established the International Criminal Court.

“It is important to look for justice,” mentioned Omar Siddiqui, the slain journalist’s brother.

Siddiqui, 38, and his colleagues had been honored with 2018 Pulitzer Prize for what the judges known as “shocking photographs that exposed the world to the violence Rohingya refugees faced in fleeing Myanmar.”