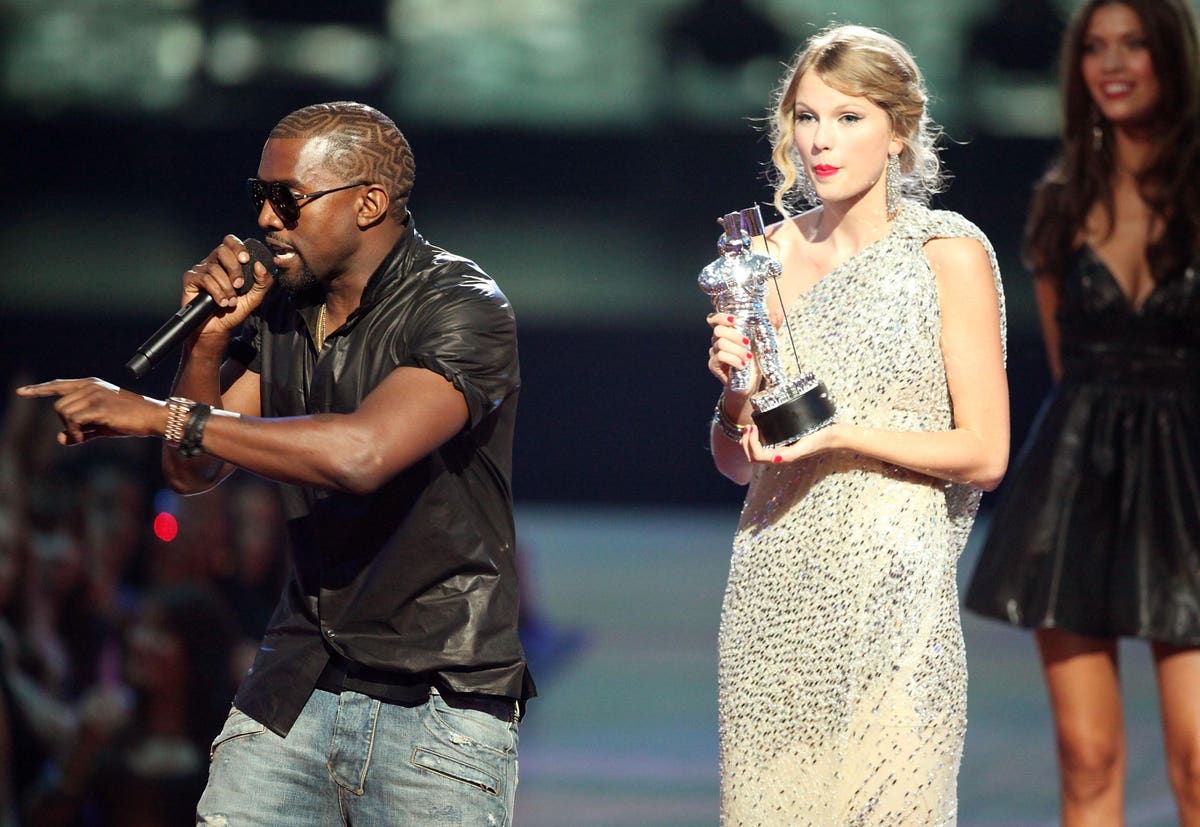 Back in 2016, Kanye “Ye” West was beginning to voice support for former President Donald Trump, and Taylor Swift was widely suspected of being a closet Trump supporter, mostly due to her popularity among the alt-right.

Now, Kanye has fallen so far into the alt-right rabbit hole that he managed to make Alex Jones look normal by comparison; during an appearance on Jones’ InfoWars, West defended Hitler and denied the Holocaust, while Taylor Swift’s biggest scandal of 2022 was an over-sized carbon footprint.

During controversy after controversy, West’s fans have largely defended the rapper, claiming that he is misunderstood, misrepresented, or simply, that he used to make really, really good music. “He made Graduation” was once a popular rebuttal against criticism of West, eventually becoming an ironic meme, symbolizing the desperate attempt of West’s fandom to ignore his words.

But West’s InfoWars interview marked the point of no return, inspiring many of West’s fans to transform their places of Ye-worship, with one fan subreddit closing down permanently, and the largest, r/Kanye (with 700,000 subscribers) jokingly embracing Taylor Swift, in reference to the feud between the two singers.

West famously stole the microphone during Swift’s 2009 acceptance speech for Best Video by a Female Artist to voice support for Beyonce, and later included Swift in a sexually aggressive song lyric, which Swift objected to. While the two eventually patched things up, fans seemed to relish and prolong the drama. Now, West’s former fans are finding sympathy for Swift.

On r/Kanye, one commentator wrote “I absolutely loathed [Swift] back in 2016/17 just because I took Ye’s side in their beef. Kinda regret it now that I like some of her music and it’s awfully clear that Kanye is a horrible person.”

Another commentator wrote: “[Kanye’s] music changed my life and it changed the lives of many others in this sub, but it’s time to admit he’s f**king lost it. it hurts, but he did.”

The r/Kanye subreddit has also seen several posts that delve into the details of the Holocaust, highlighting some of the most tragic stories and disturbing details, in a bid to push back against the hateful anti-Semitism that West is amplifying.

Other posts and commentators mention that the only fans of Kanye West that still remain are his “new” fans, referring to neo-Nazis from cesspits like 4Chan that have taken a sudden interest in the rapper.

Meanwhile, moderators of r/WestSubEver (another large hangout space with more than 119,000 members) decided to completely close the sub. The mods wrote a statement on the final post of the subreddit:

“When this sub and previous subs were created, they were meant to be for following and supporting Ye in his various adventures. As of the moment there are no ventures left for Ye that aren’t openly hateful towards various groups of people. We’re sorry it had to come to this, but the community deserves better.”

Even the moderators of the sub r/Yeezys, which was dedicated to West’s distinctive shoes, announced they would be taking steps to “further disassociate” from West’s public image and beliefs.

A West-themed Discord server, which has over 68,000 members, will be renamed and rebranded, a manager announced Thursday. A weekly roundup of West-related news was put on hold earlier this week.

“i think it’s pretty clear we aren’t big ye supporters – essentially, as it is right now old kanye is one thing and this new dumb awful is another,” the server manager posted.

While there still seems to be scattered remnants of West’s fandom out there, largely individuals posting on Twitter and TikTok, the fandom’s biggest hangout spaces have unequivocally rejected West.

While the reckoning might be long overdue, the Kanye West fandom is finally dead, and the “Swifties” were vindicated.