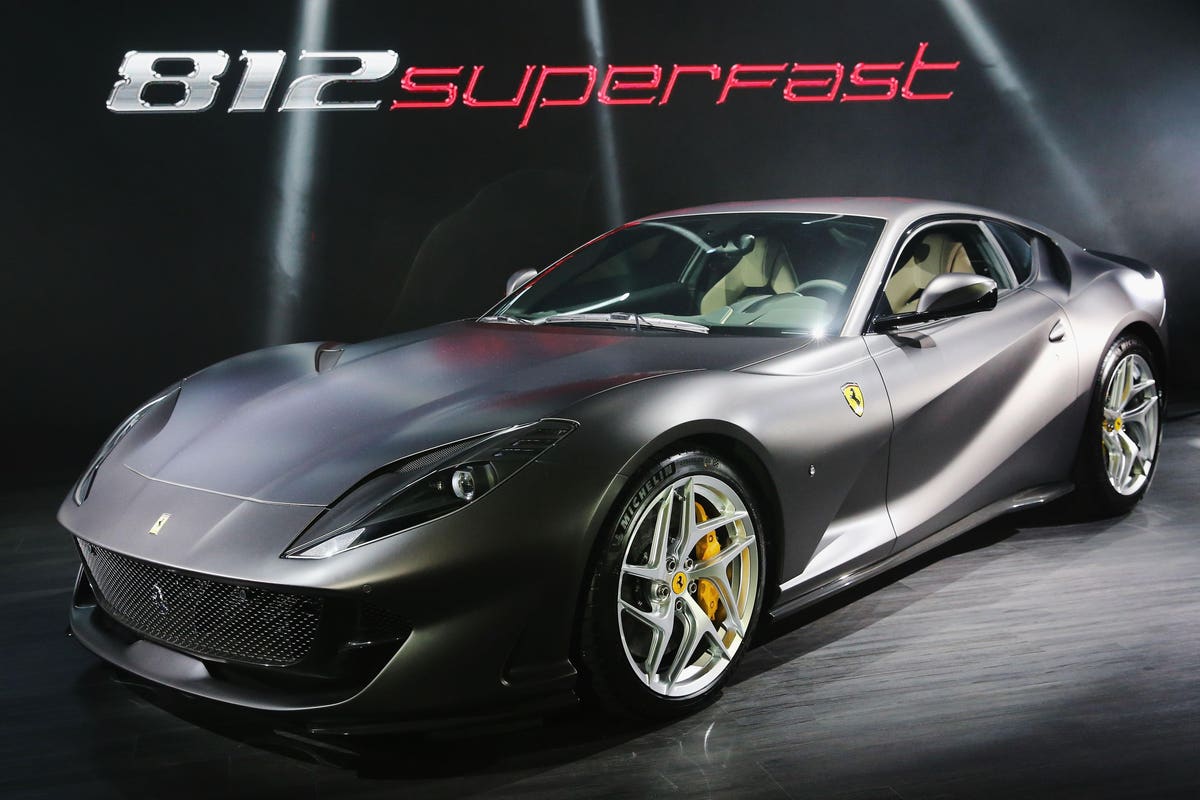 Ferrari is every billionaire celebrity’s favorite sports car and its profitability continues to accelerate while its rival and financial-basket case Aston Martin’s losses worsen. But despite these contrasting fortunes, the ailing provider of movie secret agent James Bond’s wheels could quietly be setting up a come-from-behind rally.

Leadership in the electric car revolution is a must for serious players in this high-end sector. Ferrari has not exactly been setting the world alight with its plan to unveil its first all-electric vehicle in 2025. Aston Martin’s credentials aren’t very impressive either, but some of its biggest shareholders are leaders in the transition to an electric world. Investors who have been hanging on through recent turbulence might well be thinking this could be the key to transforming Aston Martin’s future.

In 2022’s 3rd quarter Ferrari’s adjusted earnings after interest tax depreciation and amortization (EBITDA) rose 17% to €435 million. It raised its expectations for all of 2022 to more than €1.73 billion after it forecast an increase to between €1.7 to €1.73 billion three months ago. Everything progressing nicely. No surprises there.

Meanwhile, Aston Martin’s operating loss widened to £58.5 million in the same period, compared with a loss of £30.2 million a year ago. Perhaps the storied British luxury sports car and SUV manufacturer and heavily indebted Aston Martin was getting close to the 8th bankruptcy in its 109-year history. So far this year, Aston Martin’s shares have lost around 80% of their value. Aston Martin’s red ink tripled in the first half, with a pre-tax £285.4 million ($347 million) loss, compared with the same period last year. This led to more restructuring, and prompted talk a takeover was required for survival.

Ferrari has gone from strength-to-strength since being spun off by Fiat Chrysler Automobiles about six years ago. It has no trouble living with a share valuation which means it’s rated alongside massive profit makers like luxury goods players Hermes, LVMH, Prada, Ferragamo, Moncler or Richemont.

Aston Martin has been steadily destroying shareholder value since it was floated in 2018 with a hoped-for valuation of more than $5 billion. Many restructurings, refinancings, chief executives and much shareholder angst later it is valued on the stock market at just over $1 billion. It is trying to get debt of £833 million under control, while also being rocked by supply-chain difficulties, just like much of the industry.

Yet through the turmoil it has attracted impressive shareholders who see past the current losses. There’s Mercedes, with almost 12% of Aston Martin increasing to 20% in 2023, and Zhejiang Geely Holding Group of China, which recently acquired a 7.6% stake, and is said to plan an increase. Mercedes has an impressive range of electric cars. Geely owns Volvo and its electric subsidiary Polestar. European investments include an almost 10% stake in Mercedes, and ownership of sportscar maker Lotus. It plans to launch its Zeekr electric brand in Europe next year. The Saudi Arabia Public Investment Fund owns 16.7%. Canadian billionaire Lawrence Stroll now owns 23.3%.

Mercedes and Geely are leaders in electric car technology. Class-leading battery electric technology is a must for long-term leadership in this high-end premium sector. Could this turbo-charge Aston Martin’s prospects and allow it to close the gap with Ferrari?

Tennant says there are big problems to overcome first.

“Supply chain shortages have created a backlog of 400 unfinished cars loading the company with £106 million in inventory costs, exasperated by inflation, and a lower outlook of 6,200 vehicles expected to be delivered this year. Meanwhile, Aston Martin competitors are having a much rosier time. Volkswagen’s Bentley posted record third-quarter profits of $568 million, double last year’s, fuelled by the popularity of its new models – it has sold 11,316 cars already this year,” Tennant said in an email exchange.

“And over at Ferrari, customers lapped up 3,188 cars in the 3rd quarter, 16% up on last year, which delivered a $223.1m profit. The company is forecasting increased production volumes for the full year – it has produced 9,894 cars so far – and states that its entire range is already sold out for the year,” Tennant said.

“So, in a tale of three luxury car companies, two are well funded profitably growing brands and one is in limp mode and I fear the future for Aston Martin is anything but rosy,” Tennant said.

Aston Martin’s powerful shareholders suggest deep financial pockets and top-class engineering with the ambition to stay for the long-term. Nobody questions the power of the brand or the quality of the beautiful sports cars and the SUV. But if Aston Martin is to survive and thrive, expect to see its electric credentials improved. Currently Aston Martin’s first plug-in hybrid – the mid-engine supercar Valhalla – will go on sale in early 2024. By 2026, all new Aston Martin product lines will have an electrified powertrain option, with a target for its core portfolio to be fully electric by 2030. If the bottom line is going to be revitalized expect this menu to be speeded up.