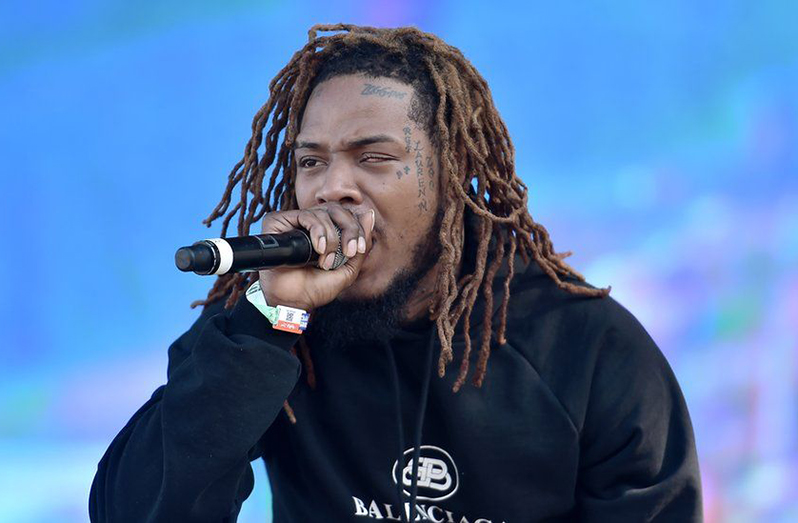 (BBC) – FETTY Wap has been jailed after being accused of threatening to kill a man during a FaceTime call.
The US rapper is accused of telling the man “Imma kill you and everybody you with” while flashing a gun in December 2021.

Prosecutors say it happened about two months after he was arrested in a federal drugs case.
On Monday, he had his bail revoked and was sent to prison at a hearing at a federal court in New York.

Fetty – whose real name is Willie Junior Maxwell II – was initially indicted in October 2021 on charges alleging he took part in a conspiracy to smuggle drugs into New York City.
He pleaded not guilty and was released after posting a US$500,000 (£413,000) bond.

As part of his bail agreement, he agreed to not violate any federal, state or local laws while on release and not possess a gun or other weapon.

‘ENTRAPPED’
According to an FBI affidavit, the 31-year-old rapper repeatedly threatened to kill an unnamed man on a phone call on 11 December 2021 and was seen pointing a gun at the screen.
During the court hearing in Long Island, New York, Judge Steven Locke revoked his bail and sent him to prison.

Fetty’s attorney, Elizabeth Macedonio, has been contacted by Radio 1 Newsbeat for a comment.

She told the New York Post he was entrapped on the phone call by someone who had, days earlier, posted a photo of his dead four-year-old daughter.

Fetty’s debut single ‘Trap Queen’ – which reached number two in the US in 2015 and was also a Top 10 hit in the UK that year – was nominated for two Grammy Awards.
He was scheduled to perform in Alabama on 19 August and in Texas on 27 August.