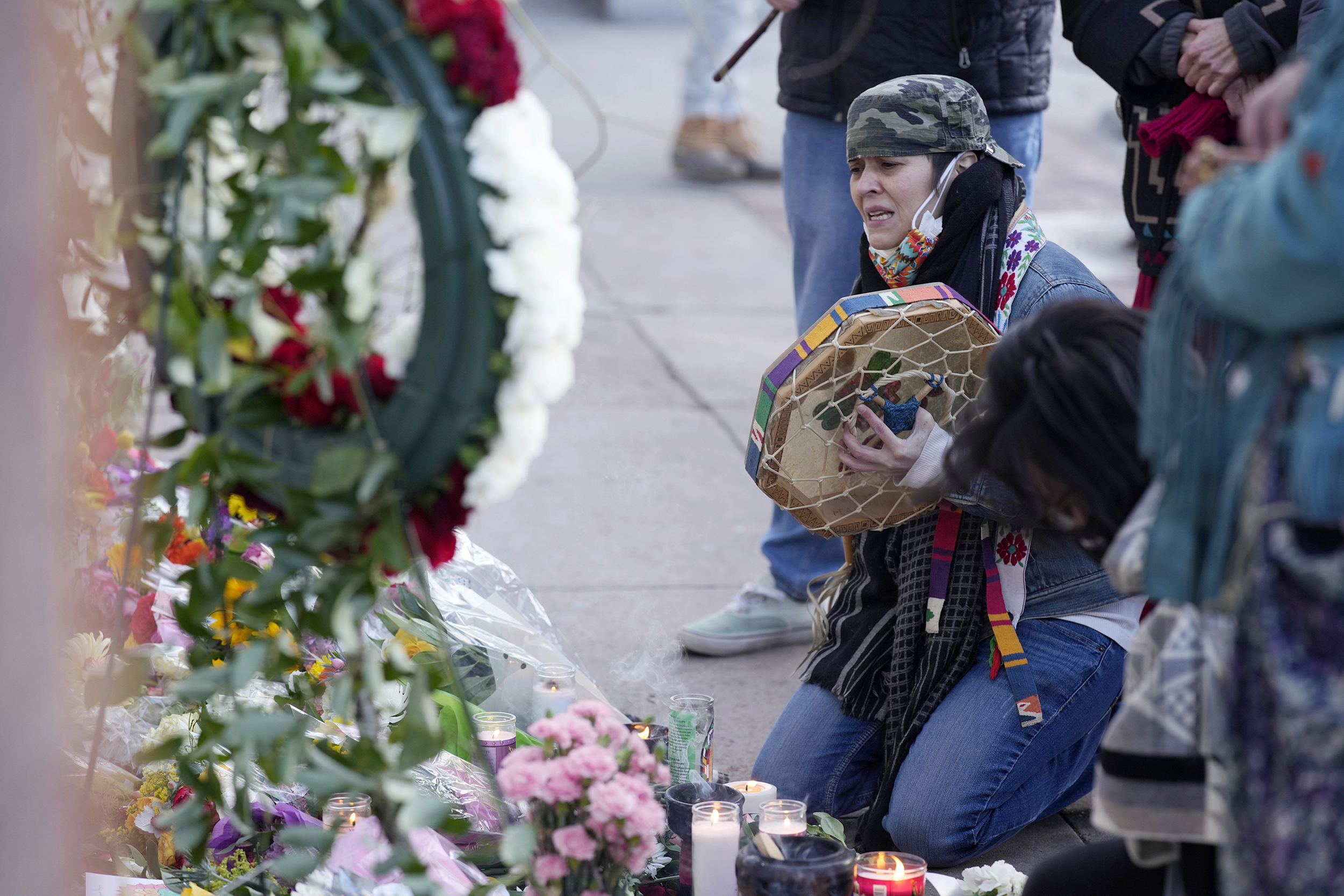 A fifth victim has died after a gunman repeatedly escaped police capture and carried out what authorities described Tuesday as a violent, “targeted” rampage across the Denver metro area.

Sarah Steck, 28, died Tuesday at a local hospital. Steck was a clerk at the Hyatt House, a hotel in suburban Denver, Lakewood police spokesman John Romero said during a news conference.

A Lakewood police agent who fatally shot the suspect after he wounded her with gunfire remained hospitalized and in stable condition, Romero said.

Based on a preliminary probe investigators determined the suspect was “targeting specific people,” Cmdr. Matt Clark of the Denver Police Department said.

It wasn’t clear why Mcleod shot Steck, though he may have had “some issue” with the hotel, Clark said.

A hotel spokesman did not immediately respond to a request for comment.

Denver Police Chief Paul Pazen said Mcleod was “on the radar” of law enforcement and had been investigated twice — once in mid-2020 and again earlier this year. Neither probe led to state or criminal charges and Pazen declined to provide additional details about the investigations or what led to them.

Pazen added that a motive in what he called a “violent crime spree” remained unclear.

The rampage began shortly after 5 p.m. Monday, when two adult women were fatally shot and a man was injured inside a business near downtown Denver, Clark said. Officials have not identified the victims, though NBC affiliate KUSA of Denver reported that the business was the Sol Tribe tattoo shop.

Clark said Mcleod then broke into a nearby home and business and opened fire on residents, though no one was injured. After torching a van in an alley behind the building, Mcleod fatally shot an adult man inside a home a few miles away, Clark said

The man has not been identified.

A police pursuit and gunfight with Mcleod, who was driving a black Ford Econoline van, followed, Clark said. Mcleod “disabled” the officers’ vehicle and fled on Interstate 25 toward Lakewood, about 8 miles west of Denver.

“You were my Brother an awesome human being, a great Father, Son and Brother,” a post on the shop’s Facebook page said Tuesday, adding that Schofield — known as Dano Blair — and others were “senselessly murdered.”

Mcleod escaped Lakewood police who spotted him near a Wells Fargo bank, Romero said. Six minutes later, he was seen walking into the Hyatt House and opening fire after a brief conversation with Steck.

A Lakewood police agent saw Mcleod near the hotel and ordered him to drop his weapon. Mcleod started shooting, hitting the agent in the abdomen, Romero said.

“She was able to compose herself and returned fire, striking him,” Romero said.

“She took a situation that was already horrendous and put herself in harm’s way to stop it,” he said.

Romero did not identify the agent but said she was a three-year veteran of the force and was wearing a bulletproof vest when she was struck.