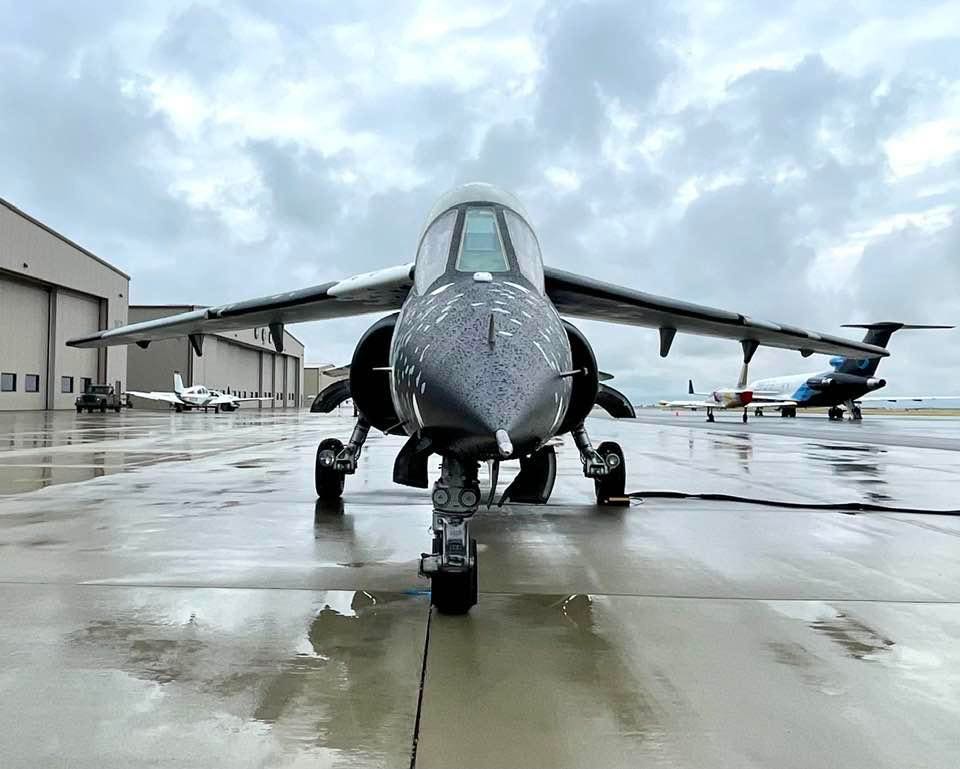 With this summer’s “Top Gun: Maverick” one of the biggest-grossing movies of all time, and the subject of space front-and-center in recent news, when Jared Isaacman invited me to Bozeman, Montana, to take part in his fighter jet-training weekend, I didn’t think twice.

The Shift4 Payments billionaire was giving future Polaris Dawn mission astronauts a taste of high G’s, quick acceleration and claustrophobic confines in the back of vintage fighter jets to prepare them for their flight next spring aboard a SpaceX Falcon 9 rocket. Included in the mix of planes were a Russia MiG-29, the only one operating in the U.S., a Dassault/Dornier Alpha Jet and some Aero L-39 Albatrosses.

Isaacman, already an astronaut having commanded the SpaceX Inspiration4 orbital mission last year, had acquired the planes from Draken International, a company he had founded in 2012 and which he sold to Blackstone Group a few years ago. Also on-hand as part of the weekend, some to fly, were families of the future astronauts, SpaceX employees and the media, including the Washington Post, CNBC – and, well, me.

Bozeman, in the northwest Rocky Mountains, is usually a dry-weather area. But the morning of my flight, pesky rain was intermittent, ranging from heavy downpour to sprinkles, all with low-level cloud cover, which made for difficult flying.

I was scheduled to fly in the backseat of the Alpha Jet, but the inclement weather kept pushing my flight back. No worries, I was able to meet with Isaacman himself, and the three other Polaris Dawn crew: Scott “Kidd” Poteet, Sarah Gillis and Anna Menon. All were psyched for their fighter jet rides, but more so for their upcoming spaceflight.

Finally, with a break in the weather mid-afternoon, it was time to go. My sortee was to be the first out. After donning a flight suit, complete with helmet and radio, I was strapped into the Alpha Jet’s cramped cockpit, and instructed to arm my ejection seat on the runway, just before takeoff. Ejection, of course, is a last-ditch maneuver should we get into any serious trouble during our flight.

My pilot, John “Slick’’ Baum, is experienced, to say the least, so the chances of bailout were low. Slick had flown F-16s in combat over the Middle East for the U.S. Air Force, then piloted plane No.2 for two years for the prestigious Thunderbirds air show team.

I am no stranger to exotic aircraft myself, including supersonic backseat rides (I am not a pilot) in five separate planes including the F-15 and F-16, an English Electric Lightning, the Concorde and a MiG-25 Foxbat where we flew at Mach 2.6 to the edge of space, 84,000 feet up. I had also pulled 9 G’s in that F-16.

But I’m always nervous when strapping in, no matter how good the aircraft is, or the pilot. This is serious business. I had a very close call in that Lightning in 2009 (look it up).

We took off in the soupy weather, quickly climbing to just over 1,000 feet. Baum said we couldn’t go much higher due to the low cloud ceiling, but he did agree to try a few very low passes at high speed. I can’t tell you what the specifics were, as that is confidential, but if you’ve seen the “Top Gun” movies, think of some of those tense flight scenes. The real thing is even a more nail-biting, I can assure you.

After about 20 minutes in the air, with some additional high-speed, low-level passes over the airport runway for onlookers, it was time to land. After deplaning, I was presented with a certificate by Isaacman’s crew. I felt a little like an imposter, having only been in the backseat and not flying the plane. But I smiled graciously for the requisite photo.

Hey, when would be the next time I’d fly in the back of an Alpha Jet? Pinch me, already. I have a great job.