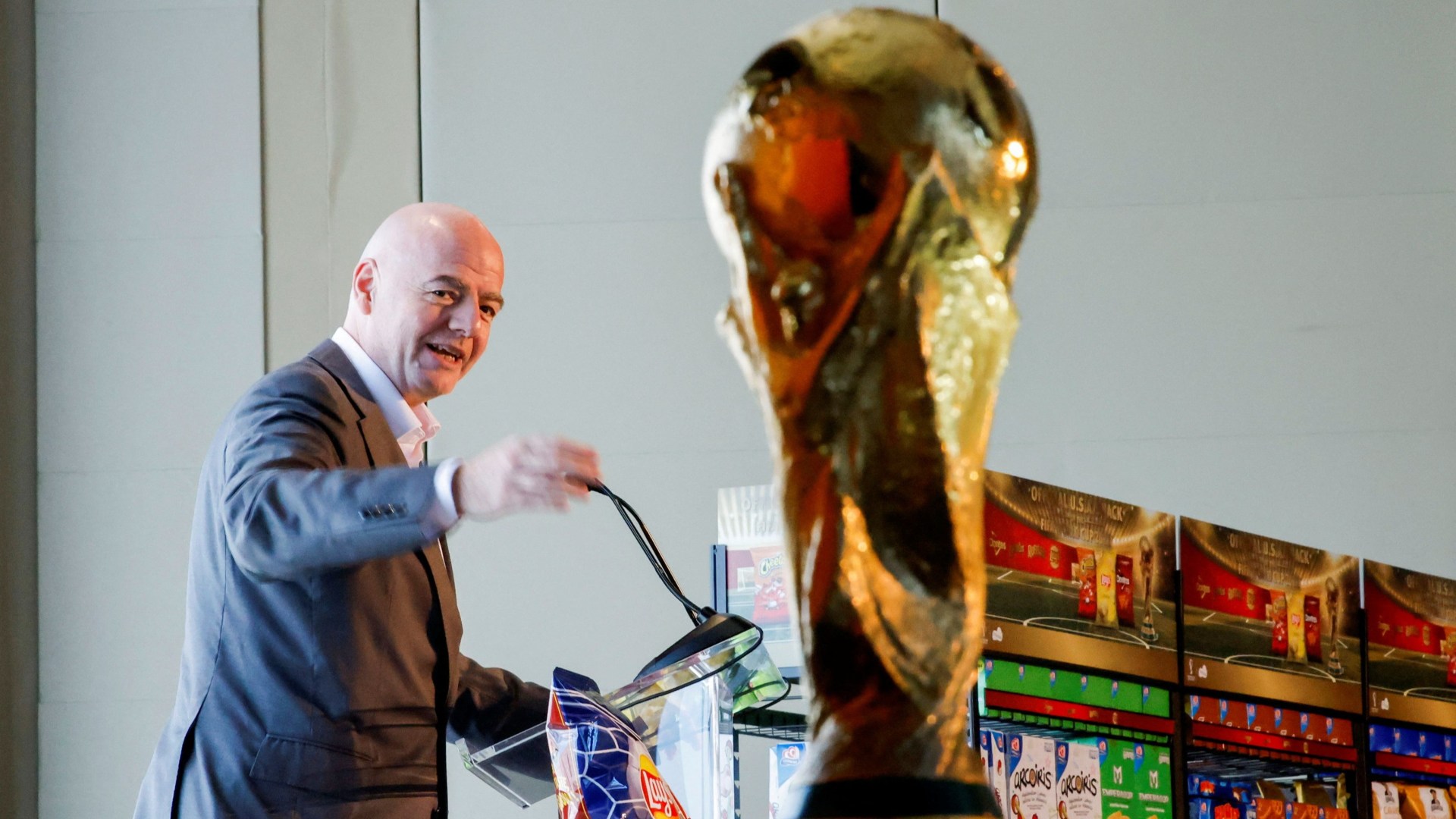 WORLD CUP chiefs are discussing changing the format of the 2026 tournament — meaning the winners would have to play EIGHT games.

Organisers worry that the plan for 16 groups of three teams in the expanded 48-nation event could see unofficial deals struck in the last match to ensure both sides go through.

Previous suggestions to prevent this included penalty shootouts for an extra point after drawn group games.

Offering group winners the enticement of ‘home advantage’ so they avoid moving between venues is another option.

But now senior figures are discussing splitting the qualifiers into 12 groups of four teams for the initial phase.

The top two in each group, plus the best eight third-placed sides, would make the knockout stages.

Yet that would mean 104 games — up from 64 matches scheduled for Qatar 2022 — and the finalists having to play eight matches rather than seven.

Fifa insist this plan is not on the agenda at this stage but SunSport has been told the idea is gaining momentum.

Yet it would risk a conflict with clubs who are already complaining that seven-match tournaments represent too great a strain on their players.

It would also mean the World Cup lasting at least 35 days, compared to 28 days this winter.

DANIEL LEVY’S money-making schemes continue — even when there is no football.

And, while Spurs will not be in action for six weeks because of Qatar 2022, the November void will be filled by international rugby union with New Zealand playing the Barbarians.

Well, when you have boss Antonio Conte’s demands to meet, you need to get the cash in.

GARETH SOUTHGATE and Wales boss Robert Page both made optional visits to Doha this week — to ensure their World Cup plans are on track.

Coaches did not have to attend Fifa’s technical workshop, which took place in the Qatari’s capital after their meeting at April’s draw.

But both Southgate and Page accompanied their media and medical representatives with the England boss understood to have visited the team’s hotel, training base and three group stage stadia.

Their visits came as Fifa announced the opening of the sales window for the final batch of 1.2million tickets for November.

Fans can now buy up to six seats per match, with three price brackets available, and 60 across the tournament. The window shuts on August 16 with tickets sold on a first- come, first-served basis.

EUROPEAN football’s minnows are thinking about setting up their own organisation as the Super League backlash rumbles on.

Some small and medium-sized clubs feel they are ignored and overlooked by the European Club Association, which represents 250 of the biggest sides in Uefa.

So they want to create a 100-strong ‘Union of European Clubs’ to give themselves a voice and more input into the future of European football.

SHOW Racism the Red Card will celebrate 25 years of changing football at two events next week.

Speakers at the bashes in London on Monday and Newcastle two days later will include former Newcastle goalkeeper Shaka Hislop.

BRITISH basketball has been in the shadow of the NBA but has now made its own marquee signing.

London Lions have appointed Chicago Bulls’ Vanja Cernivec as head of its women’s team and academy. She was the NBA’s first female international scout.