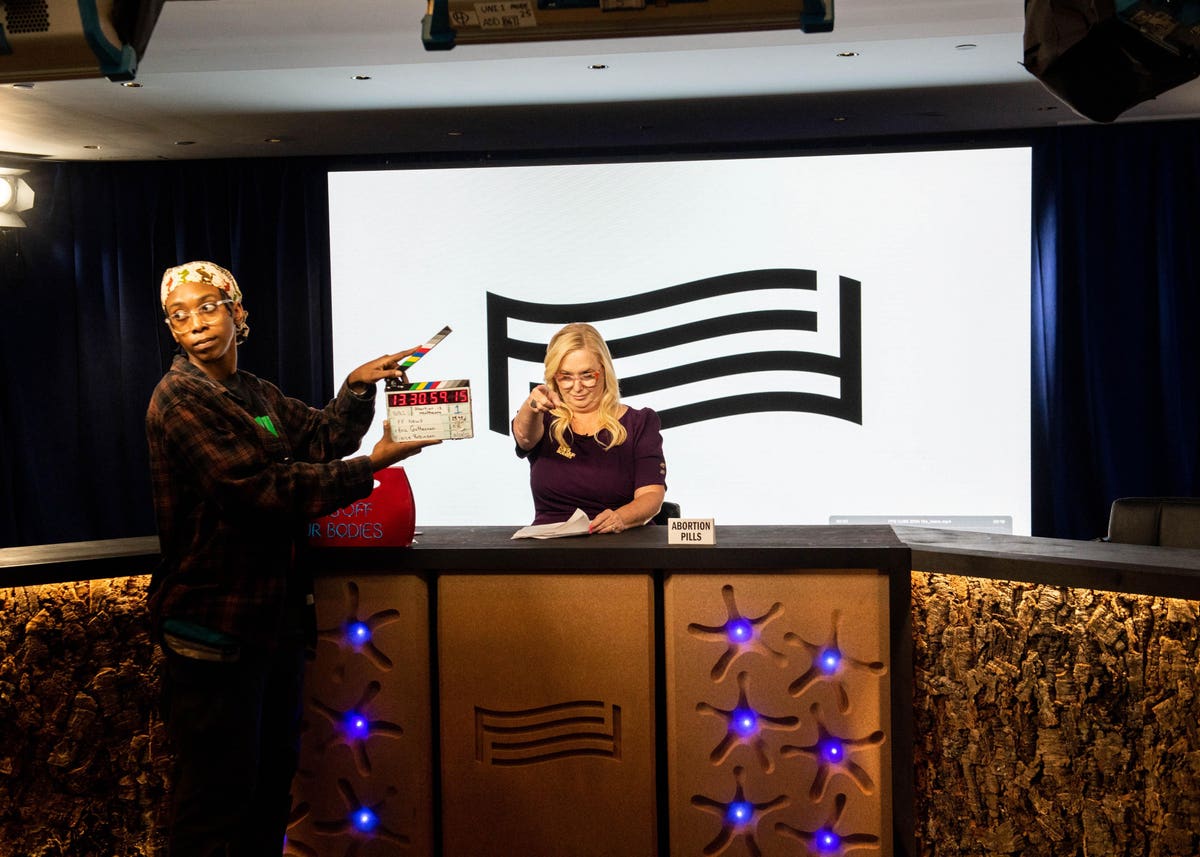 For Freedoms News (FFN) has just completed its week-long residency at the Brooklyn Museum this month. They will complete a second iteration of the project at Miami’s Untitled Art from November 29th through December 3rd. The artist-run media project is committed to creating civic change using the feel of broadcast news (complete with news desk, anchors and sometimes reporters on the street) to generate civic engagement. Separate from being a news program, it also includes an art installation, performance and conversation. For Freedoms is an artist-run collective that was co-founded in 2016 by Hank Willis Thomas, Eric Gottesman, Michelle Woo, and Wyatt Gallery. The organization works with artists and organizations to expand participation in democracy by working directly with the public.

“For the first time since our For Freedoms Congress in February 2020, we engaged hundreds of artists and citizens in a growing venture to change the ways stories are told. The residency at the Brooklyn Museum gave us the space and time to catalyze, pilot, and learn with a new artistic medium, broadcast news,” Eric Gottesman, Co-Founder of For Freedoms, told Forbes.

FFN set up their news studio in the lobby of the Brooklyn Museum, which also served as an early voting center in the two weeks prior to the mid-term elections. Visitors were able to engage with guest artist news anchors and share their own questions and opinions. The project also included a Special Report with artists and activists Claudia Peña and Bryonn Bain speaking to those currently and formerly incarcerated and a Cultural Conversation with curators Rujecko Hockley and Jasmine Wahi.

“The FF News residency at the Brooklyn Museum proved the need for news by artists. With reports coming out about how negative US national news is comparatively, and news moving more and more toward a profit-based model which distinctly changes the nature of what should be called news, it’s clear something is missing,” said Claudia Peña, Co-Founder of For Freedoms. “Artists see the world through a different lens – and people are hungry for this type of storytelling.”