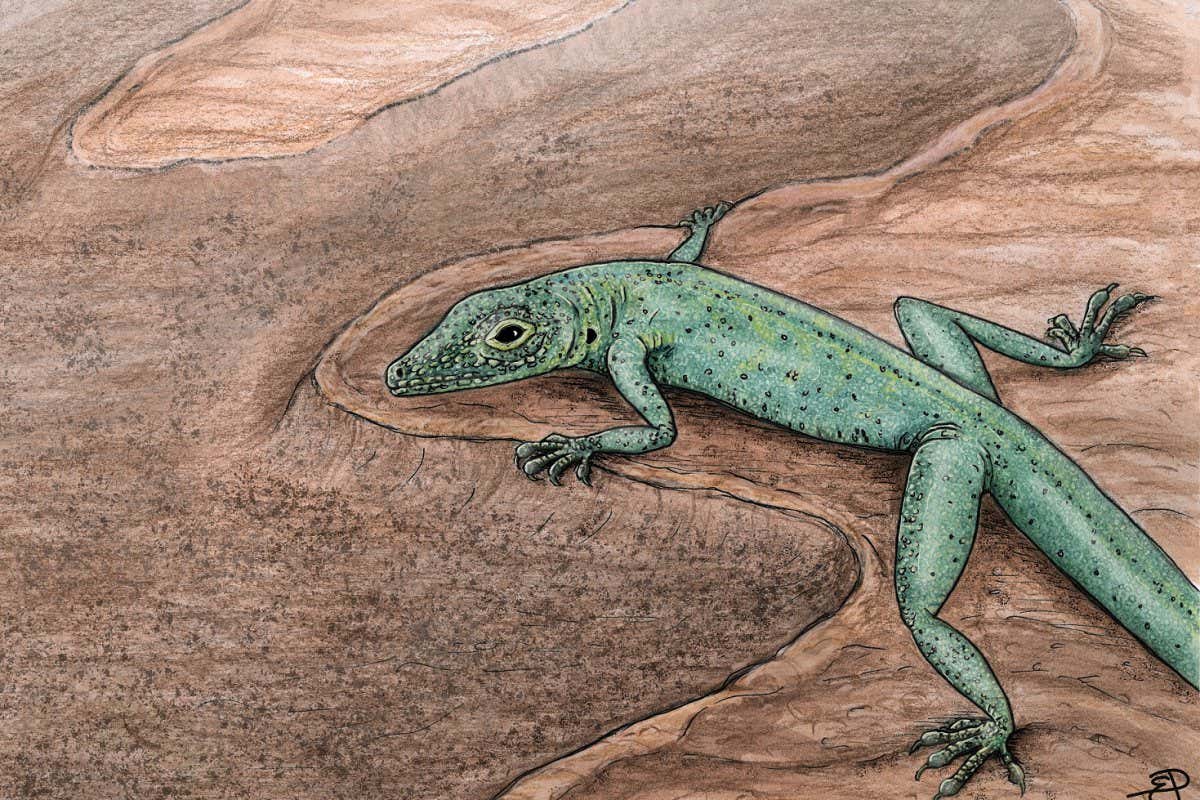 A Jurassic fossil is helping to illuminate what the earliest ancestors of lizards and snakes looked like more than 167 million years ago.

Found on the Isle of Skye in Scotland in 2016, the 6-centimetre-long skeleton belongs to the species Bellairsia gracilis, which was named in 1998 from a smattering of skeletal pieces.

Although it lived at the time of dinosaurs like Megalosaurus, palaeontologists initially thought the reptile was a lizard similar to modern species. But thanks to high-resolution scans of the 2016 fossil, which is roughly 70 per cent complete, Mateusz Tałanda at the University of Warsaw, Poland, and his colleagues have identified B. gracilis as a much more primitive reptile.

“I knew from the beginning that this would be an important fossil despite not [being] a new species to science,” says Tałanda.

Despite its superficially lizard-like appearance, B. gracilis represents an older form of reptile closer to the origins of the squamate group, which today includes more than 10,000 species of lizards and snakes, the study found. Palaeontologists call their early ancestors “stem squamates”.

The reptile’s shoulders and braincase, and the way the skull bones could flex against each other, resemble later squamates, while aspects of the reptile’s spine and palate more closely resemble more primitive reptiles from more than 240 million years ago.

The combination of old and new traits indicates that B. gracilis was something of a relic from when the first squamates evolved, like the ancestral form still surviving alongside the descendants.

“The thing with many Middle Jurassic squamates is that they are so poorly known that interpretations regarding their relationships are often a guess,” says Arnau Bolet at the University of Bristol, UK, who wasn’t involved in the new study. The discovery of a more complete specimen from that time, such as B. gracilis, helps clarify when squamates diversified and modern groups began to appear, he says.

In comparing the reptile to other fossils, Tałanda and his colleagues found that other ancient reptiles – such as the 100 million-year-old Oculudentavis – also possess a combination of ancient and advanced traits.

If the anatomical interpretation is correct, then primitive squamates survived for tens of millions of years after the first lizards and snakes evolved and lived alongside them. “Bellairsia is changing out views on the expansion of lizards in Mesozoic ecosystems,” says Tałanda.

The study hints that early squamates spread into a profusion of species early in their history. “There are probably many more stem squamates to discover,” says Bolet, from across millions of years of reptilian history.