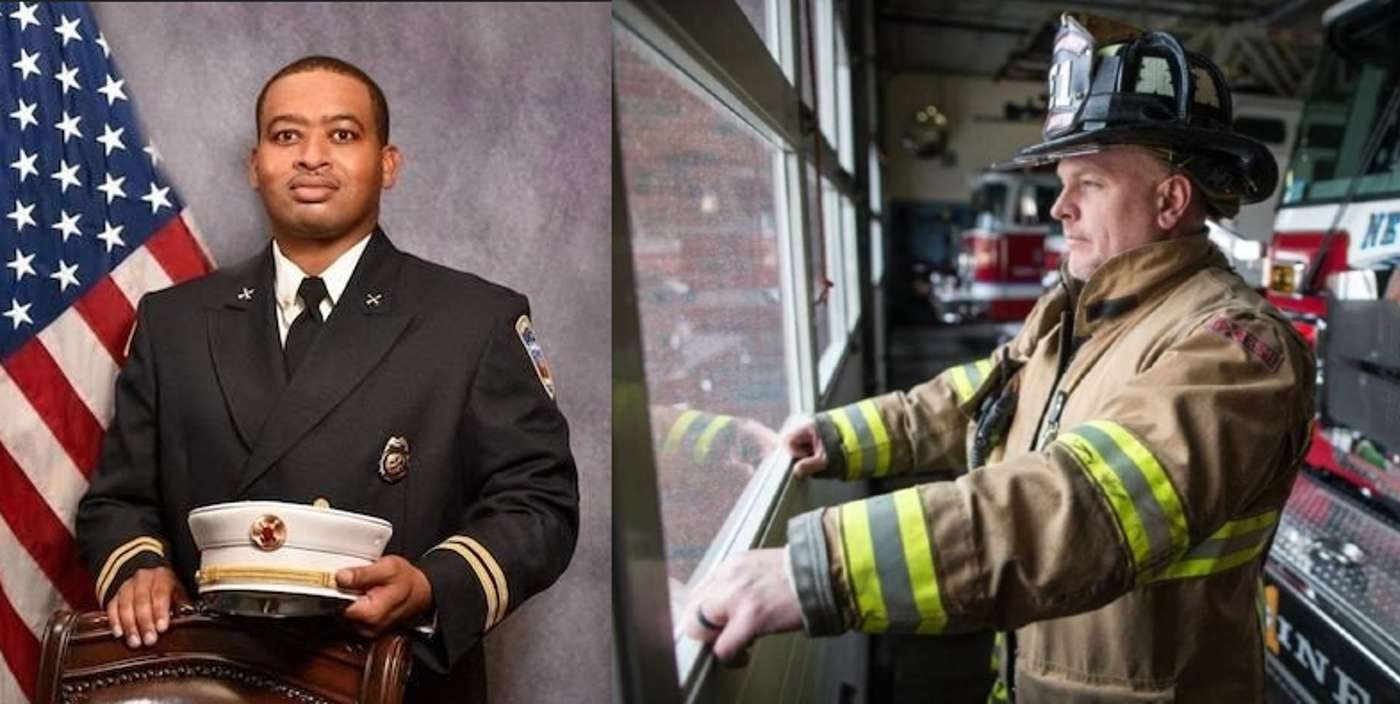 The Tunnel to Towers Foundation has paid off the mortgages of five families of fallen first responders who made the ultimate sacrifice and laid down their lives in the line of duty for their communities for the Foundation’s third annual Season of Hope.

These mortgage pay-offs are a part of the third annual Tunnel to Towers Foundation’s Season of Hope, which celebrates the holiday season by delivering mortgage-free homes or mortgage-payoffs to the families of America’s heroes who died in the line of duty.

Meet these five heroes who have made the ultimate sacrifice, and learn about the impact this generosity has on their families.

Battalion Chief Edward Louis Karriem of the Little Rock Fire Department died in the line of duty on February 13, 2021. He was found unresponsive in his command car after responding to a house fire, and was then transported to the hospital where he later passed away. Battalion Chief Karriem was 41 years old at the time of his death, and served with the Division of Fire Services for 17 years. He is survived by his wife Denise and their four children.

Police Officer Myron Anthony Jarrett of the Detroit Police Department was killed in the line of duty on October 28, 2018. He was fatally struck by a hit-and-run driver while assisting other officers during a traffic stop.

RELATED: Astronaut Brings Ashes and Photos of 9/11 Victim to Space to Fulfill His Lifelong Dream of Orbiting For NASA

Police Officer Jarrett had served in the Detroit Police Department since Nov. 21, 2008. He is survived by his wife Sacha and their three children.

Sheriff’s Deputy Ryan Proxmire of the Kalamazoo Sheriff’s Office died in the line of duty on August 15, 2021 from injuries he sustained from gunshot wounds he received during a high-speed chase.

Deputy Proxmire was taken to the hospital where he died the next day. He was posthumously promoted to the rank of Sergeant. Deputy Proxmire was a nine year veteran with the Kalamazoo Sheriff’s Department. He is survived by his wife Roanna and their four children.

Massachusetts State Trooper Thomas Clardy was killed in the line of duty on March 16, 2016 when he was struck by a vehicle while conducting a traffic stop. He was 44 at the time of his death. State Trooper Clardy is survived by his wife Reisa and their six children.

“Knowing our home will be paid off gives my family so much comfort and a sense of security. Being able to keep my children in their home that has been filled with so many beautiful memories is a blessing. The holidays can be a difficult time for my children without their father. Having the mortgage paid off during the Season of Hope helps us to have faith, joy and happiness during the holiday season. It eases the burden and allows us to be together as a family with less worry”, said Reisa.

State Trooper Clardy began his career in Law Enforcement in 2004 and graduated from the Massachusetts State Police academy in 2005. He was last stationed at the Charlton barracks, and before that he was stationed at the Sturbridge and Brookfield barracks. State Trooper Clardy was a member of the Community Action Team (C.A.T.) out of C-Troop. He was also a veteran and served as a member of the U.S. Army for two years before transferring to the U.S. Marine Corp where he served for 11 years.

Firefighter Brett Burkinshaw of the Newburyport Fire Department died in the line of duty on July 1, 2021 after a 19-month battle with job-related brain cancer. He was 47 at the time of his death, and he is survived by his wife Cheryl and their daughter.

“A home is where the heart is and where we have so many happy memories with Brett. Knowing that my daughter and I will have the security of our forever home being mortgage free is impossible to put into words,” said Cheryl. “We are truly beyond grateful to the Tunnel to Towers Foundation for making this all possible and are especially honored having this coincide with the 20th anniversaries of 9/11, the Tunnel to Towers Foundation formation and during the Season of Hope where the holidays this year will be the most emotionally difficult. Brett’s passion in life was to help others and that is reflected in the true meaning of this Foundation.”

MORE: Tributes Pour In For Dog That Helped NY Firefighters Heal After 9/11 -Watch

In 2021, the Tunnel to Towers Foundation will have paid off over 60 mortgages for the families with young children of our nation’s heroes for the third annual Season of Hope, relieving these families of a grave financial burden following the tragic loss of their loved ones.

Season of Hope gives these families the gift of remaining in the homes where they made precious memories with their fallen heroes. Tunnel to Towers’ third annual Season of Hope began with paying the mortgages in full of Eight California Fallen First Responders families on Thanksgiving Day, with 6 more families having their mortgages paid off on December 3rd. Tunnel to Towers will have paid off 200 mortgages in full before the end of the year.