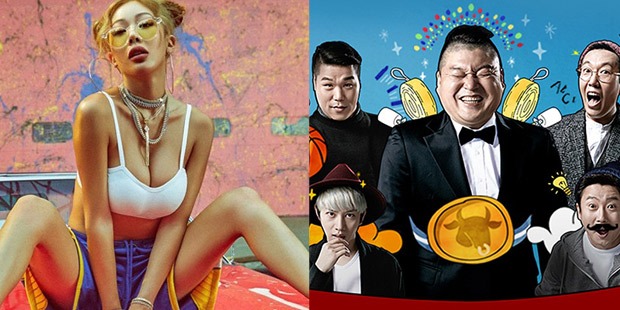 A lot of us like our idols for their music but also because of their striking personalities which attract our attention! Besides being good dancers, singers, composers, producers, writers, their true self, their personality, feelings and thoughts that they personally share on interviews not only make their fans feel closer to them but also give us all the fun and entertaining content.

Here is an affectionately curated list of interview shows that are specifically catered to your favoriteidols. Bonus, you might find your favorite Hallyu actor in one of the episodes.

Jessi is a Korean-American rapper and singer who brings a new style of talk show to South Korea. She is cheerful. She is bold. She is witty and straightforward. It becomes a complete package with the hottest singers, actors and personalities in the industry. Jessi conducts an unpredictable and unstoppable interview from the very beginning. The chemistry between MC Jessi and the guests is a mustwatch. Show’s 63th episode premiered on August 19, 2021 featuring K-pop group TOMORROW X TOGETHER.

The show, started in 2020, is a podcast network with production studios in Seoul and Los Angeles producing podcasts for international K-Pop fans, Asian Americans, and audiences who appreciate Asian arts and culture. The show is Home to K-Pop Daebak Show, The Tablo Podcast, How Did I Get Here, Nonsensible, Get Real, and more, with Eric Nam being the host for most of them including few Korean artists including Jae of DAY6, AleXa, Peniel of BTOB, BM of KARD.

A mukbang-quiz interview show where every week there is a featured market from South Korea and within it there are 3 types of food selected as its representatives. The cast and guest(s), as contestants, have to play games and win to be able to enjoy the food. The 173th episode premiered on August 14, 2021.

It is a sitcom talk show program set in a school. In each episode, new celebrity guests appear as transfer students at the ‘Brother School’ where seven mischievous brother students wait for them. The show consists of several dynamic sessions. In ‘Guess about Me,’ celebrity guests create random, secret questions about themselves. Then the hosts called ‘Knowledgeable Bros’ make humorous guesses to get the answers. Another session is ‘Bros Inside’, an ad-lib skit show, where entertainers are given only the setting for a story and have to perform completely ad-libbed skits. The show began in 2015 and had its 293th episode out on Aug 14, 2021.

Interviewer and producer Jae Jae, whose real name is Lee Eun-Jae, hosts the talk show MMTG, a program that kicked off on SBS’ YouTube platform. In the show, she interviews various celebrities, including K-pop stars along with stars in different fields, with total of 250 episodes to be scheduled to air; the show premiered in February 2018.

The longest running variety talk show where the main segment of the show, called Idol of the Week that features idol groups/k-pop groups as the invited guests, and usually consists of several featured segments. The show is scheduled to have total 550 episodes which are running since 2011. 525th episode was out on 18th Aug 2021.