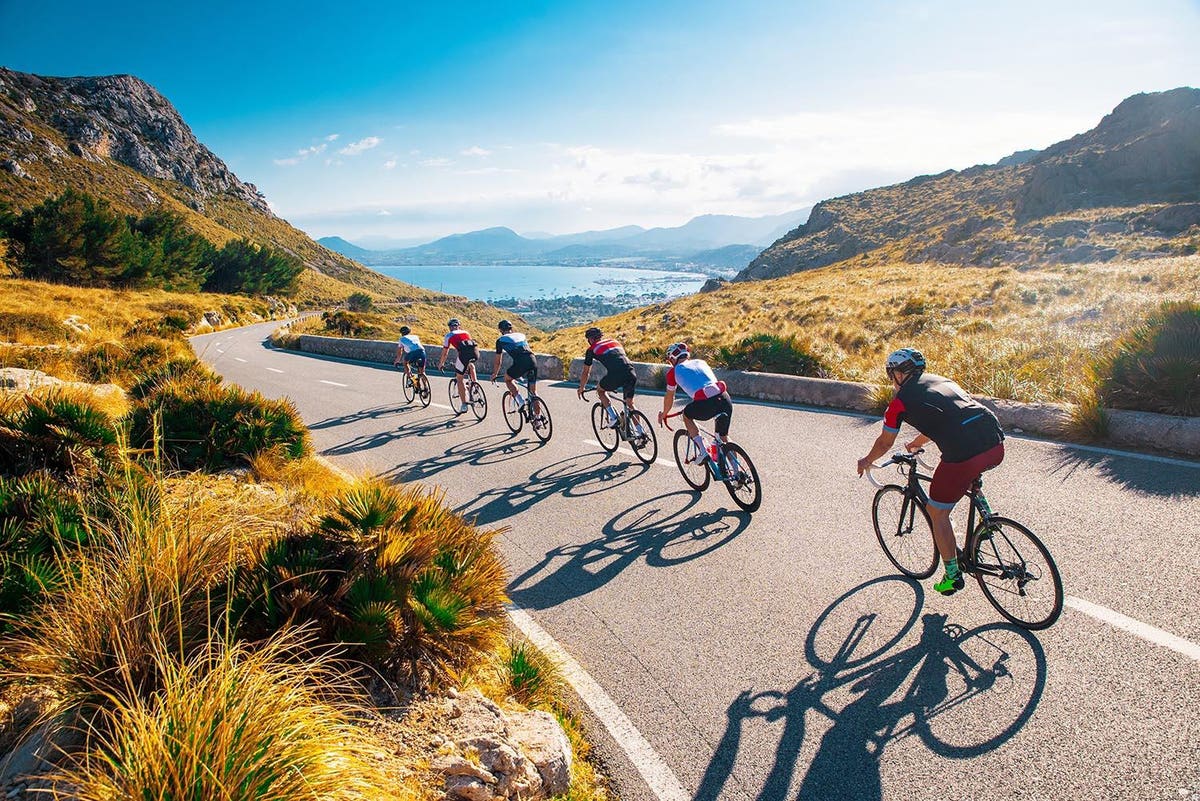 There are many synergies between upscale road cycling and high-end cooking, believes gastronomy wizard Ashley Palmer-Watts. “You can get into such detail [with carbon road bikes],” he told me via a Zoom-style call.

“Chefs love detail; they love nerdy precision and technology and [are] obsessed with lightweight everything.”

The former executive chef of Heston Blumenthal’s Fat Duck Group is co-founder of LeBlanq, an exclusive series of upscale gastronomy-based cycling getaways. His business partner is ex-professional cyclist Justin Clarke who co-created the Taste food festival of London. Bought by events management business ING in 2012, Clarke developed the festival into a worldwide series of events.

And it was at one of these events in Australia that he met Ashley-Watts.

“Ashley had just been on stage, and he’s just been introduced as one of our amazing chefs [and we get talking]. Ash casually said, ‘Yeah, yeah, I brought my bike.’ I was like, ‘Wow, you’ve brought your bike from the U.K., all the way down to Australia?’ I said, out of interest, what bike is it? And he said, ‘Oh, it’s a Pinarello F8.’ This was about four years ago, and at the time, the F8 was the absolute top draw Pinarello—an amazing bike. I immediately said, ‘At some point, Ash, you and I have got to do something with cycling and food.’ I’ve been running food festivals for the last 20 years. Ashley is one of the best chefs in the world. We both love cycling; it was just a natural thing. It was a case of when not whether.”

LeBlanq was the result, but the firm’s first event—in the Isle of Wight, hence the business name LeBlanq (blanc is French for white)—couldn’t go ahead due to Covid. As soon as lockdowns were over the pair resurrected the concept. The first event—a cycle tour starting and ending in a high-end restaurant—was held in Surrey in May.

A second was held in Scotland, attended by Olympian Sir Chris Hoy. On August 10, LeBlanq’s mailing list was told of a day ride taking place on Sunday, September 5, starting and finishing at Raymond Blanc’s Le Manoir aux Quat’Saisons in Oxfordshire: the event sold out within 30 minutes.

Riders—who pay £135—will get an 8 am breakfast, followed by a choice of guided routes led by ride leaders, including pro riders Adam Blythe, Chris Lilywhite, and Monica Dew. The groups will finish at Le Manoir for a garden party hosted by Raymond Blanc.

In October, there’s a ride in the Champagne region with Tour de France winners Sir Bradley Wiggins and Eddy Merckx and staying at the Royal Champagne Hotel & Spa. The two-night weekend break costs £3,495.

That “cycling is the new golf”—a way for C-suite executives to bond over a different bunch of expensive carbon tubes—is a given for Clarke.

“IMG was hugely famous for golf—Arnold Palmer and Mark McCormack founded it—but when I was there, I witnessed that golf as a pursuit—its popularity, its interest, its money—was on the decline. Then ING went big time into cycling and bought the commercial the rights to the Giro d’Italia cycle race. I could see that the people who had previously loved golf [moved across to] road cycling.”

And with cycling’s star in the ascendant, Clarke and Ashley-Watts believe there’s a great deal of potential for—literally—catering to the luxury cycling market.